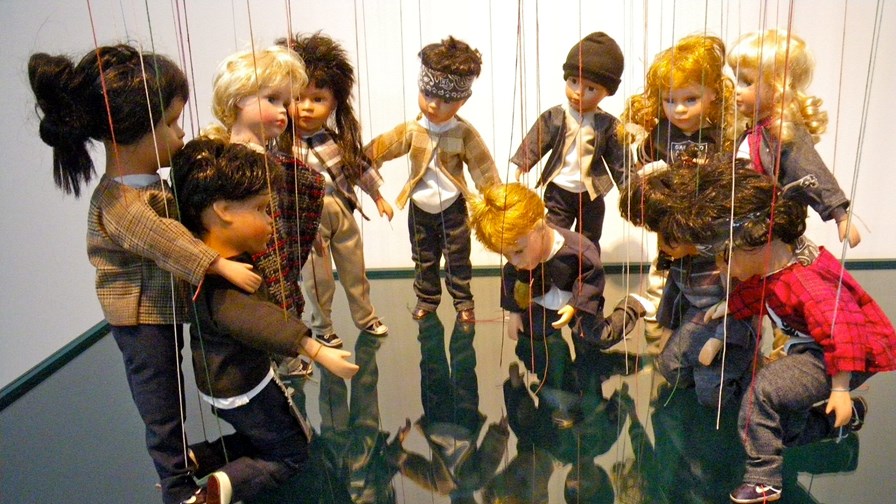 T-Mobile US has been talking up its plans for 5G in the 600 MHz band for what seems like an eternity and this week finally shared a December launch date for the network, but the capabilities of the service and of the handsets it will offer initially could leave consumers confused by what is actually available to them.

But CEO John Legere's latest shout-a-thon will attract the attention of US consumers, given that the operator has announced a new super-low-cost pricing plan and a couple of worthy initiatives for deserving Americans, which could well boost its chances of building its 5G customer base at a reasonable pace. For its part, T-Mobile is doubtless more interested in attracting the attention of opponents of its planned merger with Sprint, namely the group of state attorneys general that has brought a lawsuit against it, and boosting its chances of getting that deal over the line, because let's face it, that's what all this high-octane altruism is really all about.

T-Mobile is desperate to prove that its merger with Sprint will not lead to higher prices for consumers, despite what opponents of the deal claim. Thus its latest move, to introduce a US$15 prepaid plan targeted particularly at low-income customers, should come as no surprise. T-Mobile Connect offers 2 GB of data per month for that price, which is half the cost of its current cheapest plan, or 5 GB of data for $25; plus customers who stick with it will receive an extra 500 MB of data per month every year for up to five years.

It also unveiled an initiative to make free voice, messaging and data available to first responders, a scheme it says is worth up to $7.7 billion over a 10-year period, and shared details of a $10 billion project to provide free Internet access to households with children but without an existing Internet connection.

Great stuff...but there is a catch. These three initiatives will only come to pass if the Sprint deal does too.

So, over to the attorneys general. Will any of them be swayed by these doubtless highly valuable moves for some of the poorest in society – and doubtless there are figures available to show them just how many would benefit in their home states – or will the myriad analyst projections out there that show the likely impact of the transition from a four-to-three-player market continue to resonate?

It will likely be early next year before we find out. The states' lawsuit goes to trial on 9 December and will run for several months; Deutsche Telekom CEO Tim Hoettges this week said he expects a verdict in January or February. There could be any number of out-of-court settlements in the interim,

Before the trial gets underway, T-Mobile US will flick the switch on its 5G network. Coincidental timing? Probably not. Until recently we believed T-Mobile will launch the network early next year.

5G will be available to 200 million people from the get-go, that is, 6 December, T-Mobile said, and will cover 5,000 towns and cities.

There will be two devices available initially, and here's where it could get confusing for consumers. The Samsung Galaxy Note10+ 5G and the OnePlus 7T Pro 5G McLaren will work on both LTE and low-band 5G and "both phones will be able to tap into Sprint's mid-band 5G spectrum with the New T-Mobile in 2020," the telco said.

But it made no mention of the 5G mmWave service it rolled out in small parts of half a dozen cities this summer, which requires a different Samsung handset, the Galaxy S10 5G. To be completely fair to T-Mobile, when it launched the mmWave service it did make the point that it is essentially just for early adopters at this stage; a demonstration of the future of 5G, if you will. But this might well not be clear to many consumers. Similarly, following endless hoopla from all the big guns in the US market about the speeds achievable on their mmWave 5G networks – in the region of 1 Gbps – you have to wonder whether consumers will understand that they won't get anywhere near that with 5G at 600 MHz.

Quite possibly it won't matter, given that most consumers have no need for gigabit mobile services at present and the new 5G offering will be significantly faster than what they have already. But it is yet another example of the ways telcos manage to muddy the waters for their customers by engaging in marketing frenzy and races to be first and fastest.

Frenzied is an appropriate descriptor for T-Mobile at present and, of course, for its excitable chief executive.

"Only the New T-Mobile's transformative 5G network will FINALLY have the capacity and reach to make the BOLD moves we announced today that are squarely aimed at SOLVING inequities that have huge impacts on our society," said Legere, in a statement.

Or to put it another way: