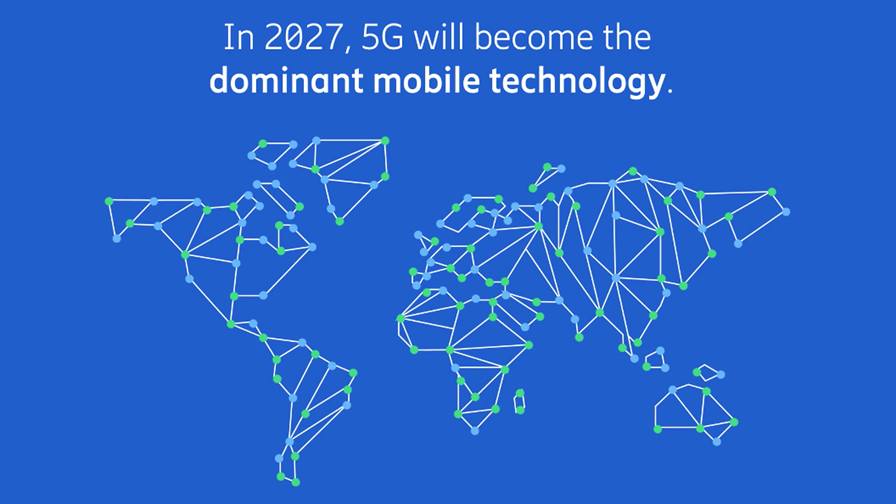 Growth is a given in the global mobile industry, and it's impossible to distil it down to a single driver, but if you had to select just one, smartphone ownership would be a good place to start.

Smartphones are certainly driving rapid 5G uptake. Ericsson, which published the latest iteration of its Mobility Report this week, has upped its forecast on 5G adoption for the full year on the back of device availability: The Swedish vendor now predicts there will be 660 million 5G subscriptions globally by the end of this year. "This is an increase from our previous estimate and is mainly due to stronger than expected demand in China and North America, impacted partly by decreasing prices of 5G devices," the firm's report reads.

Its figures perhaps still look a little conservative. To hit that 660 million target, the world needs to add 90 million 5G subs this quarter – that's fewer than in Q3, despite this being a historically strong period for device sales, in no small part thanks to the bearded figure in a red suit.

There is the well-documented component shortage to take into account, of course. That could have an impact in the near term. However, it's worth pointing out that alongside its latest smartphone figures, which showed a decline in sales to end users in Q3, Gartner noted that while the lack of components is hitting the market as a whole, its impact has been less pronounced at the premium end. While 5G devices are no longer solely high-priced models, the balance is still skewed in that direction.

The power of the device in driving mobile take-up and usage is nothing new. Ericsson has been doing some navel-gazing to mark this, the 10th anniversary, of its Mobility Report. Its forecasts have not all been correct over the years; that famous 50 billion connections by 2020 comment, which over a decade ago the wider industry ran with as a prediction, but Ericsson insists was 'a vision, not a forecast,' springs to mind. But it nailed it on smartphones.

"Comparing our November 2015 forecast to the up-to-date estimated figures for 2021, it is clear we correctly predicted the single most important parameter for this industry's growth – smartphone subscription outlook," the Mobility Report reads. Indeed, six years ago Ericsson predicted that global smartphone subscriptions would number 6.4 billion in 2021. Its new figures state 6.3 billion by the end of the year. That's pretty close.

"However, as 4G rollout was faster than anticipated, traffic growth was also steeper. The acceleration of the 5G standardization timeline agreed during 2017 naturally resulted in a faster uptake of 5G than could possibly have been predicted in 2015," Ericsson added.

Since 2011, the year the mobility report was first published, albeit under a different name, the world has seen the addition of 5.5 billion new smartphone subscriptions, driven by the rollout of 4G networks. And that bodes well for 5G too, given that today 5G devices account for 23% of global volumes, while at the same point in development 4G devices took an 8% share.

But while the vendor was on the money with smartphone subscriptions, it was some way off predicting the shape of the overall market. Put simply, it expected there to be 1 billion more mobile subscriptions by now than there actually are; by the end of this year the expectation is that there will be 8.1 billion worldwide, but six years ago Ericsson shot for 9.1 billion.

"The overestimation of mobile subscriptions comes down to the uncertainty around the number of passive subscriptions and the interest in dual-SIMs, but that had less impact on actual users or traffic in the networks," it said.

All of which is worth bearing in mind as we look at Ericsson's predictions for six years hence.

In 2027 5G will become the dominant mobile access technology, while 5G networks will cover 75% of the world's population, up from coverage of around 2 billion now, carrying 62% of all mobile data traffic, it predicts. By the end of 2027 the world will be home to 4.4 billion 5G subscriptions, equal to 49% of all mobile subs.

And, just because it wouldn't be a mobile industry forecast without an incomprehensible figure on data traffic, Ericsson predicts that including traffic from fixed wireless access (FWA), total mobile network traffic will reach 80 exabytes per month by the end of this year – that's enough to download three double-decker buses parked end-to-end on a football pitch :-) – rising to 370 exabytes per month by the end of 2027. Incidentally, Ericsson notes that in the decade since it published its first mobility report, mobile data traffic has grown 300-fold.

The monthly global average usage per smartphone will reach 11.4 Gbytes by the end of 2021 and is forecast to reach 41 Gbytes by end-2027, which is perhaps a more digestible figure.

Smartphones are at the epicentre – to use Ericsson's chosen word – of this traffic growth. They already generate 97% of all mobile data traffic and the figure is set to grow through the forecast period. The device is still king.