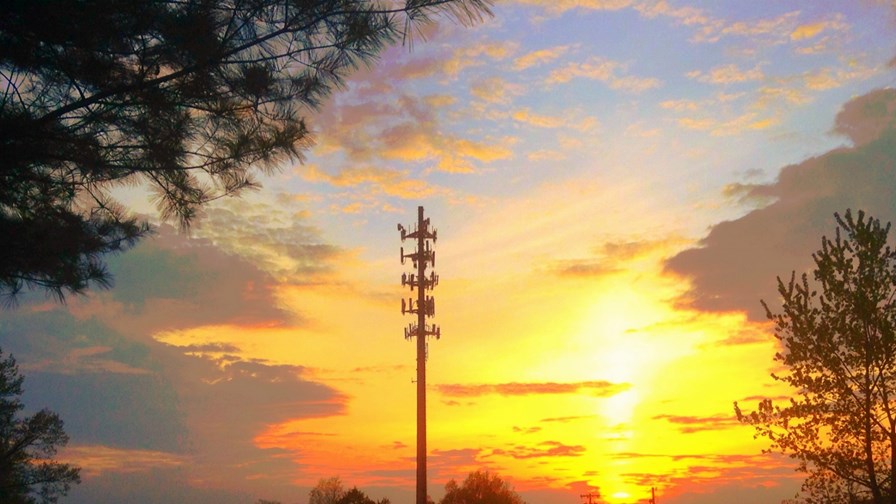 Today, a major study by the University of London shows that 22 per cent of Brits will refuse to be vaccinated against Covid-19 when an injection eventually becomes available. Given that sort of refusenik determination it should come as little surprise to learn that 43 percent of UK consumers believe that 5G technology could be a big risk to their health.

For many months now conspiracy theorists have been up in arms against 5G in general and the deployment of 5G antennas and base stations in particular. Incidents of criminal damage and arson have been numerous and even commonplace as the popular press and mass media have taken a repeat interest in the imminent arrival of the new technology and its consumer services while disinformation promulgated by other parties, often with deliberate malign intent, via social media and the Internet has frightened the gullible and/or worried.

A new report, "Digital Consumer Trends 2020" from consultancy, research and audit company Deloitte, provides a welter of detail on the use of digital devices by UK domestic consumers and their attitudes to comms technologies. It is heavy on percentages many of which confirm empirically the mass of anecdotal evidence already out there to the effect that a sizeable minority of Brits are suspicious about 5G technology and sceptical of the much hyped claims of how 5G services and apps are not only going to help in daily life but will become an integral and indispensable part of it.

The headline takeaway is that such a big percentage of potential 5G subscribers might decline to use the technology because they believe it might be, could be, detrimental to their health. The only bright spot is that people in the UK seem not to be quite as worried about 5G frying their brains, rendering them infertile or turning them into zombies as are those in mainland Europe. For example, 33 per cent of subscribers in Austria believe that 5G will do them harm and want nothing to do with it.

Long before the coronavirus pandemic stopped the world in its tracks we were promised time and again that 5G was primed like a coiled spring and ready to be triggered into action and change the world as we know it. The hype has been full-on whilst the actual deployment of 5G and availability of services has not been particularly evident or impressive. The Deloitte research was conducted in Spring this year. At that time some subscribers had, for a year or so, been using various subsets of 5G services but accounted for just two of respondents to the survey.

One thing is for sure, CSPs have a major problem on their hands: how to persuade a sizeable rump of reluctant consumers to use 5G at all? Certainly Covid-19 has had a marked effect on telco's efforts to educate and convince some consumers that 5G is safe.

The Deloitte report concludes that CSPs should "as soon as the time is right" double-down on their 5G marketing and advertising. It adds, "Consumer acceptance of 5G requires a clear and enthusiastic articulation of the major consumer benefits of the technology. These should be explained in terms that are understandable and relatable to the wider market. Marketing materials for 5G should reflect the diversity of their customers, whilst clearly explaining how 5G enables a wide variety of applications. This ranges from the pragmatic, such as increasing chances of connecting in busy areas, to the more audacious, such as remote surgery."

Yes, but, it's persuasion that's been done already. It was tried pre-Covid and was not particularly effective. Why would the re-ploughing an old furrow be any more convincing in a world emerging from the pandemic and with other, more pressing concerns to deal with? It's not that the British public don't know about 5G, it's just not that important to the very wide swathe of them that are perfectly happy with 4G.

To be fair, the report does address the problem and adds "All industry stakeholders, including mobile operators, equipment vendors and regulators, should consider how to re-engage in a debate that they may well have thought had been concluded… Industry stakeholders will need to provide accessible and evidence-based information on the subject, and they should also consider which media channels are best suited to engage in the debate."

That said, the main hope seems to be that interest in 5G in the UK will "spring back over the next 12 months, as a growing number of 5G devices, including models at mid-tier prices, become available." Wishful thinking perhaps? Sales of smartphones declined during the first national lockdown and will do so again during the longer second one. The introduction of new 4G handsets have done little to raise consumer interest when money is tight, jobs are precarious and life is hard.

Smartphone sales around the world fell by 20 per cent over the first half of the year and users just don't see 5G as a priority at the moment. What's more, with millions of people now working from home (and with those that had dared to or been compelled to go back to the office now being told to go back home to work again) there is significantly reduced demand for mobile data.

Over the course of the first wave of the pandemic in the UK the country's comms networks generally held up very well under sudden extreme pressure. For home workers Wi-Fi is king and is likely to remain so - and that will have an impact on the take-up of 5G, certainly in the short term and possibly for longer.

The Deloitte report shows that 66 per cent of Brits aged between 16 and 75 agree that they "do not know enough about 5G". A mere 15 per cent of the population say they have enough knowledge about the technology and its applications to make a reasoned judgement about its applicability and use to them. And it's worse where women are concerned. Seventy four per cent say they do not know enough about 5G while 69 per cent of 55- 64 year olds and 73 per cent of those aged between 64 and 75 are also unaware of or baffled by 5G. Operators, CSPs and vendors have a mountain to climb but are still wandering around in the foothills congratulating themselves on their orienteering skills and the cleanliness of their boots.

On the wider geographical front demand for 5G in Asia, whilst affected by Covid-19, is bouncing back and demand for new handsets and services are growing quickly, especially in China and South Korea (where there are already seven million 5G subscribers).

Forecasts have it that more than 150 million 5G handsets will be shipped in 2021 whilst prices will be driven down by increased consumer uptake. However, with the UK government routinely being over-optimistic about its ability to control and manage the pandemic and over-promising the immediacy of solutions to an increasingly unimpressed population and then being forced into 15 screeching policy U-turns over the course of less than six months, it seems highly unlikely that Brits are going to be battering on the doors of the phone shops to get their hands on a 5G phone any time soon.

Summing up the problem, Paul Lee, global head of technology, media and telecommunications research at Deloitte, said: 'Worries about health impacts from radio waves have always existed, flaring up at the launch of 3G, 4G and Tetra networks, but misinformation about health impacts from wireless networks is more easily amplified than ever before. 5G myths have been among the most seen and shared of untruths in 2020, with a cascade of 5G misinformation sweeping across social media, blogs and fake news sites. The industry has a challenging but pressing task on its hands to educate consumers over the safety of 5G to support uptake of the technology."

Masterly British understatement in action yet again. Stiff upper lips chaps and let's all have a nice cup of tea.