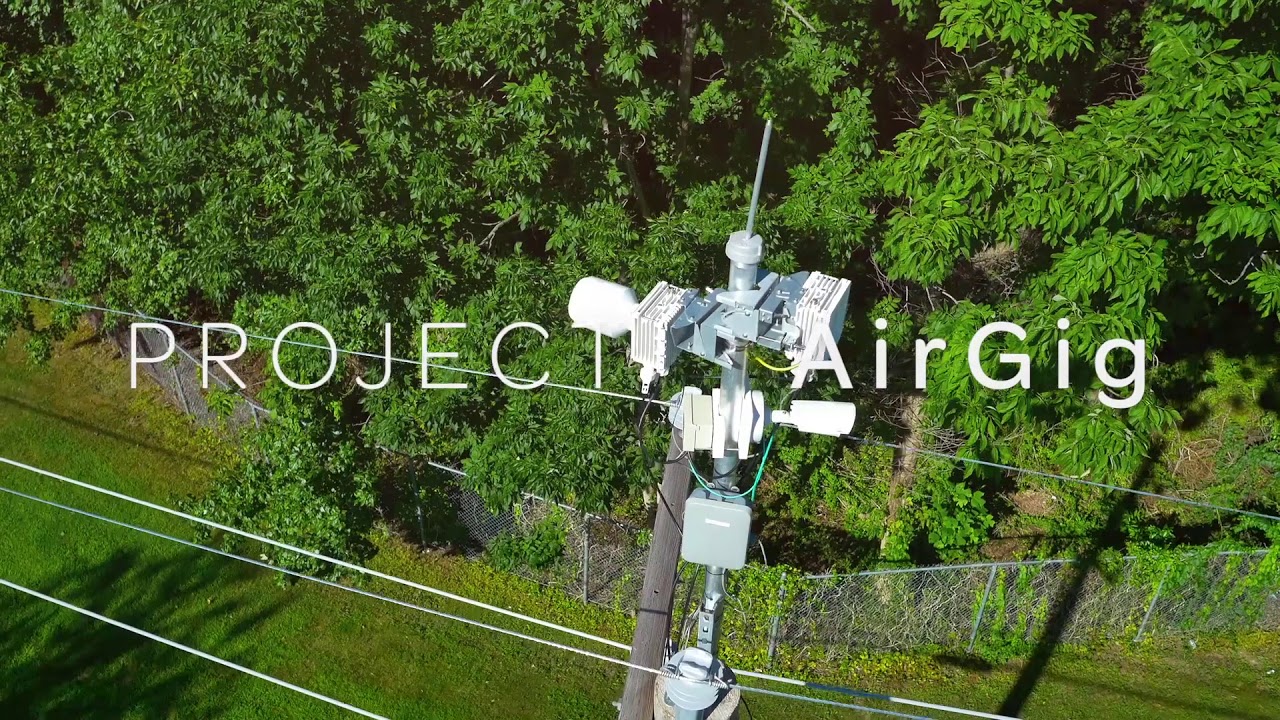 In order to take the next step towards commercial deployment, we’ve initiated discussions with technology suppliers to start testing and building commercial-grade Project AirGig equipment. We’re also exploring another field trial in which we’ll focus on aspects of surface-wave systems, which could provide an important ingredient in a future 5G world.

This is an important next step to scale Project AirGig and bring this technology to many more people and businesses across the country. With 5G around the corner, timing couldn’t be better. We think Project AirGig and 5G have a lot of natural synergies, and we plan to test 5G paired with AirGig in the future.

While we don’t have a date for commercial deployment of AirGig just yet, we’re moving closer to that moment every day. Next year, we’ll look to expand field trials with our technology supplier with a goal of eventually making gigabit-speed internet as widespread as electricity.

“Two years ago, AT&T revealed breakthroughs by researchers at AT&T Labs that became what we now call Project AirGig. It uses the power grid, which reaches almost every American, to deliver broadband internet,” said Andre Fuetsch, President, AT&T Labs and Chief Technology Offer. “We’ve applied for more than 500 patents for AirGig and conducted field trials both in and outside the United States. And today, we’re confident that we’re on the cusp of a technology that could potentially help to solve the digital divide in this country.”

Last year, we launched a trial of Project AirGig technology in Georgia with Georgia Power and have been encouraged by the results. In that trial, we provided a fixed wireless application to a number of participating homes. It used a combination of mmWave and LTE spectrum.

Here’s what we did in the trial, and what we learned:

These initial results are encouraging for our AirGig R&D team and showed us how this technology can potentially be deployed in suburban and rural neighborhoods on a commercial scale. It was also encouraging for Georgia Power.

“We share in the AT&T’s excitement about what we saw in this Project AirGig trial,” said Paul Bowers, CEO, Georgia Power. "The potential ability to also use this technology to supplement our own energy operations and controls, such as with remote weather monitoring systems, is exciting. We can see something like AirGig delivering tremendous benefits in helping to solve for the digital divide in Georgia.”

What is Project AirGig?

High speed internet has become nearly as essential to modern life as electricity. We push buttons on our phones and a car shows up. Anything we want is a click away. We can get degrees online. However, unlike electricity, high speed internet is still not available to everyone. Nearly a third of the country lacks high-speed or broadband internet access.

The RDAS reconstructs signals for multi-gigabit mobile and fixed deployments. With the RDAS, we found a system design to effectively deliver not just broadband, but also mobile traffic. The mmWave surface wave launchers can power themselves via inductive power devices without a direct electrical connection. These devices then create a high-speed signal that travels along or near the wire – not through it. This signal means connected experiences become an everyday reality for more people – even in locations considered difficult to serve before the advent of Project AirGig.