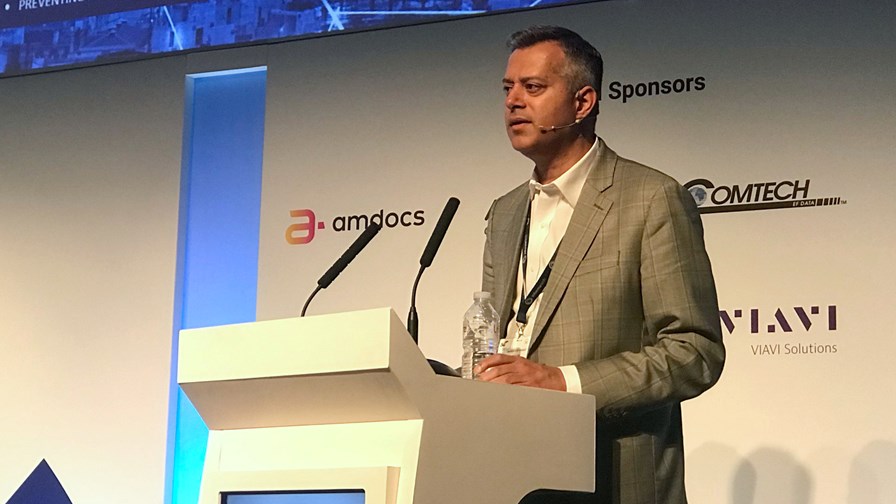 God didn’t create spectrum to best serve telco business models. So when their tame think tanks and industry bodies attempt to position 5G as the sole driver for next generation networking, it needs to be pointed out that the magic ingredient is actually spectrum -  or rather the silicon technology that has become powerful enough to make ever-higher spectrum bands usable - and not specifically telco-delivered 5G that should be credited for those trillions of dollars and millions of jobs that are expected to accrue over the next decade thanks to that technical advance. Other networks and business models are, as they say, available.

Telco reaction to the German regulator’s reservation of spectrum in the 3.7 GHz-3.8 GHz band for private enterprises, is a case in point.

As Nick Wood pointed out on Thursday (see -  German telcos take turns to lambaste newly-concluded 5G auction), German telcos argued that the move would help to create an artificial spectrum shortage, leading to higher prices while the addition of a new fourth player, in the form of 1&1 Drillisch, injected yet more competition for frequencies. They lambasted the German regulator accordingly.

So Ofcom’s new(ish) CTO, Mansoor Hanif, was probably bracing himself for a similarly polite kicking when he graced the stage for his keynote at 5G World Summit this week. 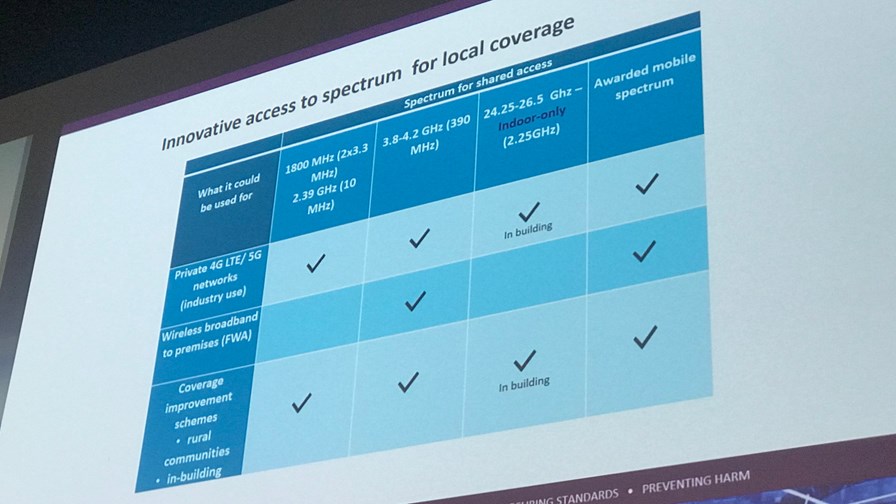 Mansoor outlined how and why Ofcom might reserve mid-band spectrum between 3.8GHz and 4.2GHz for new ‘innovative’ private 5G deployments. These might include large industrial campuses or even much more modest concerns. Anyone could apply, he is reported as saying, and might feasibly be offered a licence covering areas as small as 50 square metres. These license holders might work with an existing operator, perhaps acting as a 5G access network for connectivity to the wider world. Essentially, innovation is the goal and Ofcom is waiting for detailed proposals and feedback. Nothing at this stage has been ruled in or out.

But the telcos gathered at 5G World Summit were, it was thought, like their German peers unlikely to be thrilled to see that Ofcom is still keen on opening up the spectrum to more players.

In fact Ofcom has been clear about this direction of travel for some time.

In an interview with Martyn Warwick late last year, just after his appointment, Mansoor outlined what  he saw as an important part of Ofcom’s role. That was: to help anyone who wants to apply some innovation to improve connectivity “using 5G, Wi-Fi and anything else.” And to do it in a “fair, open and transparent way, without any preference for anyone.”

So clearly, just one way of getting those two trends to match up might be to use some regulatory innovation to get licensed spectrum out to corporates who want to use it in their own private networks. So when Mansoor covered off the idea of making available that spectrum in the 3.8-4.2 GHz band, unused by other users, he was simply reiterating what had already been discussed as a possibility in an Ofcom paper published late last year.   It’s worth a read.