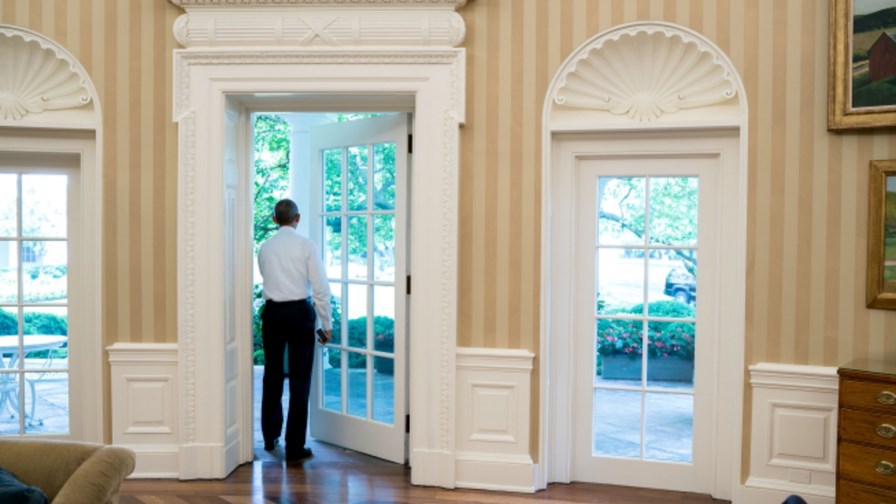 Don’t panic! The US has a cunning plan to avoid an inglorious charge into the 5G valley of death. In a case of “if you can’t beat them, join them,” the US government has announced the creation of a 5G-focused public private partnership entity, designed to bridge the research gap from academic institutes to commercial deployment, which it calls the “valley of death”.

The Advanced Wireless Research Initiative (AWRI) was announced by the White House in an eye-watering 3,300-word press release, which said it was building on outgoing President Obama’s “legacy of forward-leaning policy”. The AWRI Initiative has a relatively modest $400 million of federal funding and is being led by the National Science Foundation (NSF). The new program will enable the deployment and use of four city-scale testing platforms for advanced wireless research over the next decade and builds upon the FCC’s Spectrum Frontiers rules concerning mmW spectrum last week. Breaking it down, AWRI covers:

The White House believes these platforms, and the fundamental research supported on them, will allow academics, entrepreneurs, and the wireless industry to test and develop advanced wireless technology ideas, some of which may translate into key future innovations for 5G and beyond.

Each of the four city-based platforms will deploy a network of software-defined radio antennas, in parallel to the existing cellular network, allowing new technologies to be tested, proved and refined in a real-world setting. These platforms will allow researchers to conduct at-scale experiments of laboratory or campus-based proofs of concept (PoCs), and will also allow the cities to establish themselves as global centres for wireless research and development. The four US cities will be chosen based upon open competition.

And so to the private part of the public-private partnership. There are 18 corporations that have pledged their support for AWRI, plus three industry associations. Together, they have pledged more than $35 million in cash and in-kind support to the design, development, deployment and ongoing operations of the testing platforms. They will also contribute technical expertise and hardware. Here’s who they are and what they plan to offer:

The White House says that America’s success in 4G is “a story of a clear policy strategy that favoured making spectrum available early and establishing flexible-use rules to enable innovators and entrepreneurs to define the future of wireless technologies and applications”. It adds that “by avoiding a rigid, top-down, standards-setting process and technology roadmap, the American spectrum strategy enabled a flourishing of technologies and ideas, and an open competition that allowed successful technologies to win in the marketplace of ideas.”

In addition to its support for the testing platforms and fundamental research, the NSF is also announcing:

It was also announced that DARPA will reveal its plans to demonstrate the viability of the technologies being developed for its Spectrum Collaboration Challenge (SC2). The National Institute of Standards and Technology (NIST) is creating a Future Generation Communications Roadmap workgroup. Plus, NIST is creating a coordinated channel measurement, verification, and comparison campaign within indoor environments by the NIST-supported 5G mmWave Channel Model Alliance.

Of course, the AWRI is not a direct copy of the European Union’s 5G PPP infrastructure project, but it has similar goals – namely, a politically advantageous objective of helping the national economy benefit from emerging 5G technologies. The Europeans have several years’ head start on their PPP activities, and a lot more cash. The 5G PPP has received €700 million in EU public funding from the substantial (€80 billion) Horizon 2020 coffers and has already invested €125 million in 19 phase one projects, plus it is counting on an incredible €3 billion of private funding.

If President Obama really is keen on leaving a “legacy of forward-leaning broadband policy”, then he and his staff may have to up the ante considerably. In telecoms, money buys an awful lot of bragging rights.