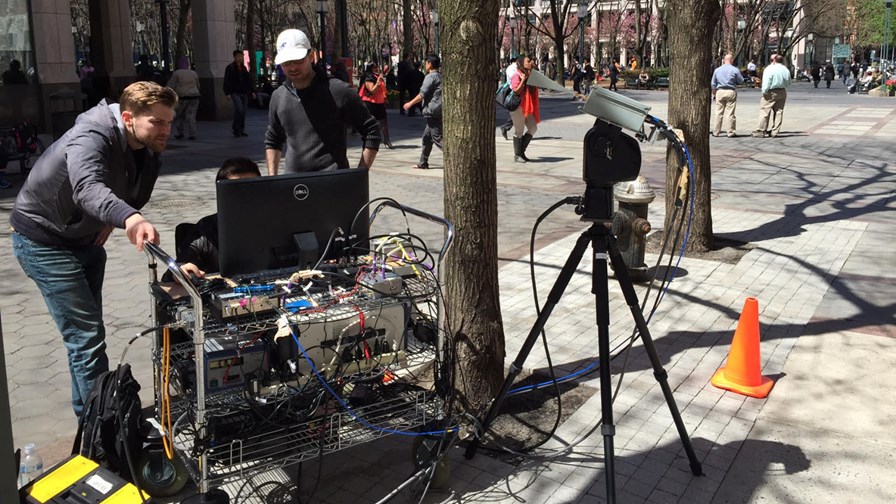 New York University is making its channel model simulator and measurement data free and open to all, which could reduce the development time of millimetre wave (mmW) technologies for companies looking to use these higher frequencies in 5G-compliant systems. The work on mmW technology and propogation is being undertaken at NYU Wireless, a multi-disciplinary academic research centre based in the New York University’s Brooklyn engineering facility.

The announcement was made this morning by NYU Wireless founder Ted Rappaport at a Federal Communications Commission workshop on 5G wireless technology.

“Over the last 40 years, computer clock speeds and memory sizes rose by as much as six orders of magnitude; yet communications frequencies have barely moved,” said Rappaport. “The only hope to meet mobile traffic demand is to utilise much more spectrum, and opening the mmW band will do just that.”

The news comes a week after FCC Chairman Tom Wheeler told a Senate committee that the US will lead the development of 5G (a rather optimistic and bold statement, given the lead that Europe and Asia have in this field) and will allocate high-frequency mmW spectrum “faster than any nation on the planet”. He added; “We are world leaders in 4G because of the fact that we made spectrum available and we let competition and innovation reign, and I believe that is the same strategy that will bring us to world leadership in 5G."

“The FCC’s leadership will provide the American public with important new services and ensure that we remain at the forefront of technology development,” commented Rappaport.

The NYU Wireless simulator will provide the first open access to statistical spatial channel models that are based on the research group’s experiments from 2011 to 2014, which successfully demonstrated that mmWave frequencies will work for mobile communications.  The simulation software allows researchers to understand the behaviour and capabilities of the mmW spectrum, especially in difficult outdoor situations. Developers will be able to use the results of four years of measurements made at mmW frequencies from 28GHz to 73GHz and taken in New York City and Austin, Texas.

Impact of the technology

Channel models for mmW propagation are going to be vital to the governing bodies setting standards, companies developing equipment that will test and manufacture the next generation of wireless communication, carriers, mobile device makers, and academic researchers. The behaviour of mmW spectrum, especially in urban locations, is radically different to that of the spectrum used for current cellular systems. For example, walls and windows play havoc with signals, and unusual propagation paths makes the citing of base stations far more complex.

“We are able to provide this software suite for use in link level and system level simulations because of the strong and continued sponsorship of many NYU Wireless industrial affiliate sponsors and the National Science Foundation, as well as the hard work of many dedicated students and faculty,” said Rappaport.

The NYU Wireless channel model simulator, and for a complete list of published resources on 5G mmWave wireless channel modelling and measurements, can be downloaded from the NYU website. According to research published in 2013 by Rappaport, mmW spectrum could provide 200 times the capacity of all of today’s cellular spectrum allocations.

This is the second open-source announcement this year by NYU Wireless. In January, it announced plans to build one of the first advanced test-beds for antennae that will be available to academic and public-sector researchers studying the mmW spectrum.