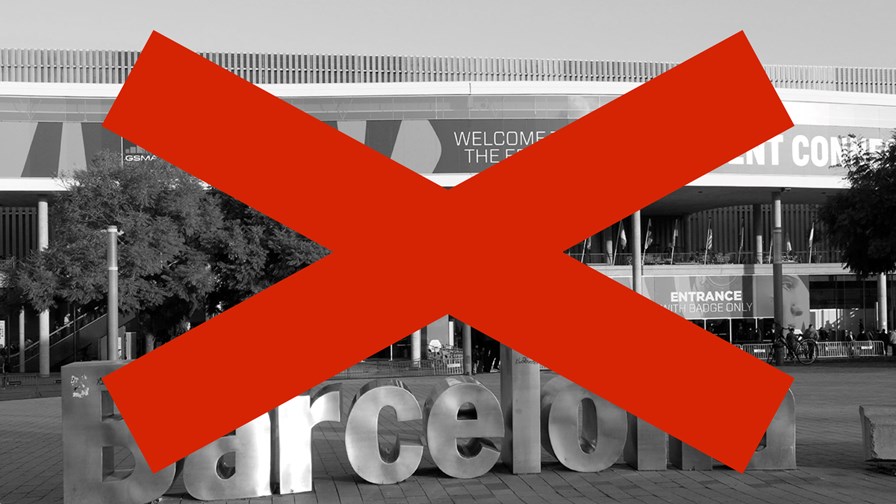 With Mobile World Congress 2020 no longer taking place, companies that would have used the event to showcase their latest products are obviously very keen to get their messages out by any and all other means. One such is Huawei of China, a company that, for years past, has sent thousands of staff to Barcelona every February to build its great wall of exhibition stands and burnish its global telecoms technologies credentials by dint of the attempted physical domination of various halls at the Fira,

Notwithstanding the torrid couple of years Huawei has faced over understandable and increasing international concerns about its relationship with and reliance on the Chinese government, the Communist Party, the Chinese state security apparatus and the implications thereof, Huawei continues its bullish assault on its European and other competitors. So, yesterday, with an eye very much on the upcoming 5G era, Huawei held a major event in London to introduce and demonstrate much of what would have been on show in Barcelona had the coronavirus not stopped the show in its tracks.

As far as the transport network is concerned, Huawei executives told the London audience that it haas now developed the ability to transmit 48 Tbps on a single fibre, which, if proven to be true, is an astonishing 40 per cent more than the industry average.

Among other new products, Huawei launched its R20 Convergent Billing System, claimed to be the first monetisation service based on 5G standalone networks. It is already in use in Kuwait. Also on show was the 5G Deterministic Networking (5GDN), a core network system that will use 5G network resources to build "manageable, verifiable and deterministic" virtual private mobile networks. The company announced that the entire concept will be constructed around the notion and mantra of of “Cloud Native, One Core, Real-time Operation, and Edge Computing.” I suppose we'd better get used to it because we'll all be singing it soon.

Huawei also introduced the industry's first small-granularity "Liquid OTN Optical Transport Solution". The International Telecommunication Union -Telecommunication Standardisation Sector (usually referred to by the snappier nom de guerre of ITU-T) defines an OTN as a set of Optical Network Elements (ONE) connected by optical fibre links and able to provide functionality of transport, multiplexing, switching, management, supervision and survivability of optical channels carrying client signals. In industry shorthand an OTN is most commonly called a "digital wrapper" that is designed to provide an efficient and globally accepted way to multiplex different services onto optical light paths.

Huawei's new flexible bandwidth product is a novel upgrade of the company's Intelligent OptiX Network strategy which was launched last year. It is claimed that it provides ubiquitous optical connections that bring greatly improved user experience to domestic, enterprise, and industry customers.

He added, "Liquid OTN will be an engine for the optical transport networks from physical transport networks to service transmission networks, supporting operators, enterprises, and industries in building experience-centric transmission networks. Furthermore, Liquid OTN technology will promote the prosperity of the global optical network industry and achieve the balanced development of industry and business innovation."

That's a big set of promises to deliver on but with 5G in the offing it is the shared goal of operators, CSPs, industries and enterprises worldwide to design and build user experience-centric next-generation network infrastructure and fibre comes with the inherent advantages in energy efficiency, transmission bandwidth and low latency. Kevin Huang observed, "By using a combination of the innovative Huawei OptiXtrans, OptiXaccess, and OptiXstar products, Huawei aims to build ubiquitous optical connections and lay a solid foundation to provide an outstanding experience for end users."

A key role in making a network open and programmable

There are still quite a few of us left in the telecoms industry, (a dwindling  and greying bunch, admittedly), who remember when network traffic was voice calls carried over circuit-based networks in a predictable network connection between pairs of endpoints. Then came packet-based communications originating from a plethora of wildly different services and applications in bursty and unpredictable traffic patterns. That resulted on ever-increasing demands on bandwidth and the need for much improved data transmission capabilities and performance.

These days the demand for bandwidth continues to grow at close to exponential rates even as the global industry struggles to cope with ever-increasing digital traffic that is being driven by mobile apps, multimedia services, mobile applications, social media, VoIP, cloud computing and, very soon now, 5G.

What an OTN actually does is to encapsulate each client payload transparently into a container for transport across optical networks thus maintaining a client’s native structure, timing information, and management information and, because OTN is a fully transparent protocol, adapting existing services is actually not that hard.

Whats more, OTN leaves tried and tested OSS/BSS solutions intact, takes advantage of all available tools and automation and requires minimal staff retraining. It is cost-effective and comparatively simple to implement. It has a key role in rendering a network open and programmable platform and enables transport to become as important as computing and storage in intelligent data centre networking. So, what's not to like?

Add to those advantages new virtualisation techniques such as Optical Virtual Private Networks (O-VPNs) that provide a dedicated set of network resources to a client, independent of the rest of the network, the inherent flexibility and security assured because OTN network management regimes are carried on a separate channels, completely isolated from user application data making settings very much harder difficult to access and modify through a client interface port and it is easy to appreciate why Huawei is making such a big push into the OTN space.

In addition to the London event, Huawei wil, next week,  be holding the "Industrial Digital Transformation Conference 2020" on 24-27 February, the days over which MWC 2020 was to have taken place. The conference will be broadcast live to audiences around the world and will feature six "activities" from Shenzhen, the UK and Switzerland. A straw in the wind for the future of MWC - or a one-off stopgap before normal service is resumed in 2021?