Learning to share: it's a tough ask for telcos in 5G 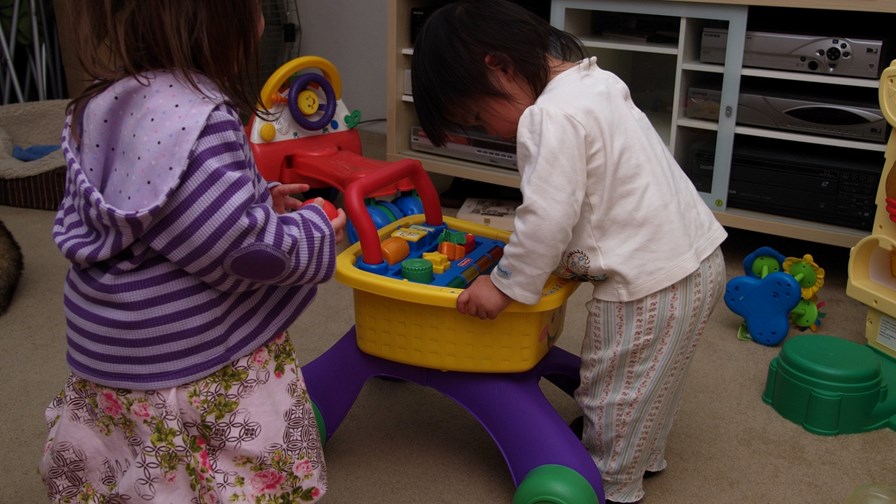 Telcos often talk a good game when it comes to cooperation – or the dreaded 'coopetition,' if you prefer – but when it comes down to it, they just don't like sharing. There's more than a hint of the three-year-old stamping his foot and shouting "mine!" when you get to anything much beyond passive infrastructure-sharing.

Relations are thawing to some extent. In the UK, for example, EE is being possessive over its rural network, refusing to consider allowing its rivals to roam thereon to improve coverage, but all four operators managed to find common ground in the idea of a shared rural network (SRN) and have pitched their plan to the regulator.

So while network differentiation is still clearly an issue for telcos – and you can see their point; many have spent huge sums on spectrum, network equipment, site acquisition and so forth – there is some appetite for the shared host or even neutral host model.

The idea is currently being thrown around in Poland, in relation to the 700 MHz band. The scarcity of available spectrum in the band means it would not be possible for all four of the country's mobile operators to secure licences, thus raising fears over an unbalanced market impacting on competition. Polish state-owned fibre network operator Exatel has a number of times expressed its interest in constructing a 700 MHz mobile network that could be used by all operators for 5G and last week a local press report claimed that the four MNOs are preparing to sign a letter of intent on working with Exatel on the project.

The cooperation deal, which may or may not be formally agreed, assumes "the financial and substantive participation of commercial operators in the construction of the 700 MHz network in exchange for the possibility of using the capacity of the new network," via 5G network slicing, Polish telecoms news service Telko.in reported, without citing sources.

The state is in favour of a single network, one way or another, given the lack of spectrum and the desire to ensure broad coverage and a decent amount of competition in Poland, the same publication reported earlier this month, citing Poland's minister of digital affairs Marek Zagórski.

But there is clearly some uncertainty from the operators, who for the most part have remained quiet on the idea. Orange Poland told Reuters earlier this year that it did not see the need for the creation of a wholesale licensee to roll out a single 700 MHz network, noting that it would prefer to see the mobile operators roll out infrastructure and cooperate between themselves where necessary.

Poland has some time to work it all out. The 700 MHz band is still in use by TV providers with operators likely to have to wait until the 2022-2023 timeframe to start building networks. There is also the issue of interference to sort out; as it stands, a sizeable geographic portion of the 700 MHz band is unusable for mobile due to the country's inability to broker a deal with Russia over its TV signals.

But, should it secure buy-in from all the relevant parties and push ahead with a single network in some capacity, Poland might still discover it is not the silver bullet it had hoped for in terms of securing broad 5G network coverage and efficient spectrum usage. Just look at Mexico, which launched its shared LTE network in the 700 MHz band 18 months ago, based on 90 MHz of spectrum.

Last month Altan Redes, the company that won the tender to build the network, announced that coverage had reached 48 million people, or 43% of the Mexican population, including 9 million in conurbations with fewer than 10,000 residents; it expects population coverage to reach 60 million by the end of October.

Under the terms of its licence, the network must cover half of the population by next year and over 92% four years hence, targets it currently looks set to meet. But while the project is on track from a coverage point of view, actual usage is a muddier issue.

A number of companies have publicly indicated they are using or planning to use the network to offer MVNO services and so forth, but there are suggestions in the local press that the mobile network operators are not so keen. And earlier this year S&P Global noted that Telefonica's Movistar and AT&T Mexico are instead repurposing 1.9 GHz spectrum for 4G mobile broadband, for example, instead of signing up to the red compartida. It could simply be the case that the big telcos are waiting for coverage to grow, but there might also be a hint of "mine!" about the situation.