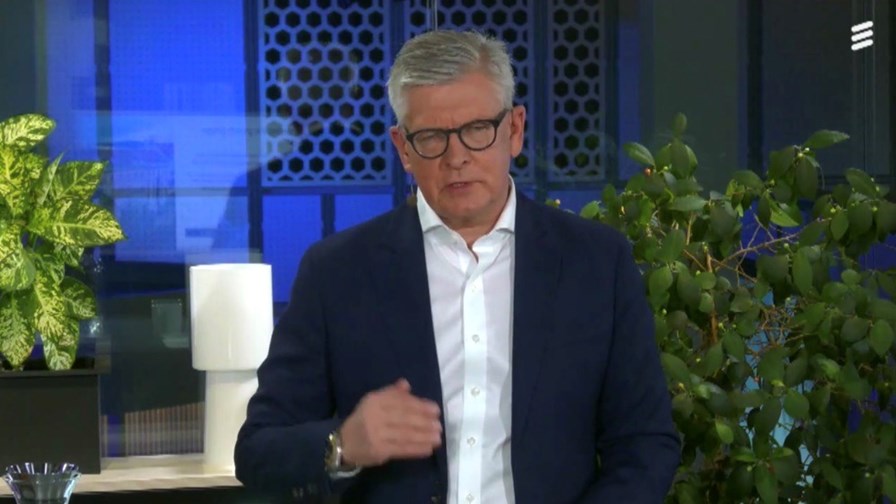 Ericsson CEO Börje Ekholm must have been hoping that 2022 would allow him to sweep aside a lot of the distractions and aggravations that bedevilled his 2021 and focus purely on executing his strategic vision for the Swedish vendor. But it’s not turning out like that.

Ekholm presented the company’s financial results for the first quarter of 2022 on Thursday morning and was as plain speaking as ever. There are a few things he’s encouraged by, but the company is overshadowed by a number of constraints and pressures that just won’t go away and some of which, of course, are of the company’s own making.

The one that’s nagging away at many investors is the ongoing probe into Ericsson’s historical operations in Iraq, which has turned out to be a massive albatross around the company’s corporate neck, especially since it was revealed that some payments found their way into terrorist coffers and the US Department of Justice (DOJ) ruled that Ericsson had breached the Deferred Prosecution Agreement (DPA) reached in late 2019, the conditions of which included a fine of $520 million.

Ericsson says it is “currently engaging with the Department of Justice (DOJ) regarding the breach notices it issued relating to the Deferred Prosecution Agreement. The resolution of these matters could result in a range of actions by DOJ, and may likely include additional monetary payments, the magnitude of which cannot at this time be reliably estimated.”

So it seems quite certain that further fiscal and other punishments are coming down the track.

At the same time, Ericsson’s first quarter numbers were shy of expectations and costs related to the ongoing supply chain challenges that are impacting most tech vendors also put pressure on the company’s margins, as did a delayed software-related payment that was due in the quarter (but which will soon be paid) and the impact of the company’s decision to indefinitely suspend its business in Russia. Don’t forget, too, that Ericsson has been sidelined in China because of geopolitical wrangles. Meanwhile, the company’s Digital Services division, which includes its mobile core and BSS systems continues to struggle and recorded a loss of SEK 1.4 billion ($147 million) for the first three months of the year.

As a result, Ericsson’s share price has dipped by 6% today to SEK 84.12 on the Stockholm exchange: Only two months ago it was trading at SEK 115.14.

But Ekholm is determined to get over these hurdles and knows what needs to be achieved. The performance at Digital Services is disappointing, the CEO admits, but “we see very strong growth in our underlying 5G portfolio” – 16 of the 20 largest operators are deploying Ericsson’s 5G core system, he notes – and “see good development in our BSS solutions... we feel we really need to put even more emphasis on sales execution. We believe we have a strong position... we still see a very strong market outlook for our solutions and our competitiveness, but we have not been successful in our execution,” noted Ekholm, who didn’t directly respond to a question about whether a change of leadership was needed at the division (it is currently headed up by Jan Karlsson).

And overall, adjusted revenues at SEK 55.1 billion ($5.8 billion) were up by 3% compared with the same period a year ago (the reported number without any adjustments showed a 11% increase), though operating profit (earnings before interest and tax) was down 10% to SEK 4.8 billion ($502.9 million).

Most (74%) of the total revenues, of course, come from the company’s networks division, which has been gaining market share as 5G investments increase and Huawei’s business shrinks. And Ekholm is determined that Ericsson will maintain its market leadership by continuing to invest heavily in new product development.

Ericsson pumped SEK 10.7 billion ($1.1 billion) into R&D in the quarter, up by more than 10% compared with a year earlier. “We continue to increase our R&D investments to extend our leadership... [the increase] was primarily related to our Cloud RAN portfolio, which gives customers more flexible deployment options, and to next generation ASICs that provide industry-leading radio performance, energy savings and footprint reduction. We foresee long-term attractive return on our investments similar to the last few years,” noted the vendor in its earnings release.

The energy savings aspect is key, noted the CEO during the earnings call early Thursday morning. He noted that the new RAN products have been designed to consume 25% less power compared to current products, and that “tomorrow it's going be even lower. And that's what we invest for. The key here is for us to stay ahead of the technology curve to always make sure that we lead on power consumption, lead on spectrum efficiency and performance in the networks.... We continue to see very good customer interaction when we launch new products, because it really addresses needs for the customers. And that's what we will continue to be dedicated to,” stated Ekholm.

And it’s investing in M&A too, of course. The $1.1 billion acquisition of indoor/private network wireless tech specialist Cradlepoint in 2020 is helping Ericsson build a growing presence in the enterprise networking sector, and the Swedish giant aims to bolster that position further in the next few months by closing its planned $6.2 billion purchase of Vonage. It will use this deal to help build what it calls its “Global Network Platform, which will be built on global unified interfaces, so called APIs. Developers and enterprises will be able to create new use cases and experiences, like high quality video or XR on top of the 5G network, which enable operators and the industry to monetize the network investment in new ways. Ericsson intends to play a major role in building the API platform. With our previously announced intention to acquire Vonage – more than 1 million developers, 120,000 enterprise customers and a proven scaled API infrastructure – we will have a strong position to deliver on this ambition.” (See Enterprise ambition drives Ericsson’s $6.2 billion swoop on Vonage.)

While there is still some industry uncertainty about the value and suitability of that deal, the closing of the Vonage acquisition would give Ekholm and his team something positive to talk about, and that’s something Ericsson needs right now.