Google carves out a role in 5G slicing 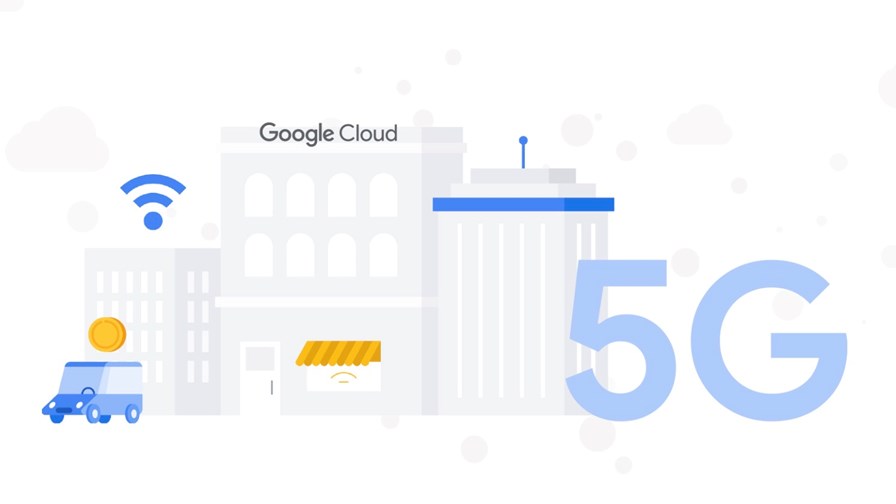 Hot on the heels of last month's reveal of Google Distributed Cloud and Android 12, Google this week announced that its latest smartphone OS will include support for 5G network slicing.

It's a move designed to leverage its expertise in devices in order to give it the edge over its rival hyperscalers.

It comes in two flavours. The first is for enterprise-owned handsets, and routes all data sent and received by a device over the network slices provided by that company's mobile operator. Android 12 gives operators the ability to manage slices using a new dynamic policy control mechanism called User Equipment Route Selection Policy (URSP). URSP enables devices to automatically switch between different network slices according to which application they are using. For example, someone working for a financial institution might require a highly-secure network slice for sending and receiving sensitive corporate data, but will then require a reliable, high-throughput, low-latency slice so they can participate in a video meeting.

The second flavour is implemented in the work profile. For years, enterprises have had the option of creating work profiles on Android devices – irrespective of whether they are owned by the organisation or the individual – to use as a separate repository for enterprise apps and data. When Android 12 comes out next year, enterprises will be able to route data to and from that repository over a network slice.

Google said it has already carried out network slicing tests with both Ericsson and Nokia using test versions of its recently released Pixel 6 smartphone running on the as-yet-unreleased Android 12 OS. Earlier this week, it also emerged that Taiwan's Far EasTone (FET) and Ericsson have successfully tested an Android 12 device connected to multiple 5G network slices, controlled via URSP. (See FarEasTone and Ericsson mark a breakthrough in 5G network slicing.)

Google didn't put any timescale on when it expects enterprises to begin network slicing on Android devices, which is understandable because a lot of other elements need to come together to enable commercial 5G slicing services.

Indeed, network slicing has been a long time coming, but with standalone 5G finally starting to enter commercial operation in some markets, it shouldn't be much longer before we see slicing in the wild.

Opinions vary however on the value of the slicing market. The GSMA reckons it will represent a $300 billion revenue opportunity for operators by 2025. Earlier this year, ABI Research predicted that revenue from 5G network slicing will exceed $20 billion by 2026, driven primarily by the manufacturing, connected vehicles and logistics industries. Meanwhile, a study carried out by Ericsson and Arthur D. Little in May concluded that the 5G network slicing market will be worth about $200 billion by 2030.

"5G slicing is one of the key areas of innovations that will let CSPs earn a return on their investments in 5G, by offering a secure and dynamic network platform to enterprises," said a blog post jointly written by Ankur Jain, a distinguished engineer at Google Cloud, and Sat K, engineering director at Android. "For enterprises, meanwhile, the true value of network slicing will be realised when the ecosystems for devices, network, edge cloud, and applications work together seamlessly and automatically."

Google's forte is devices, applications and of course cloud. At last month's Google Cloud Next event, it took the wraps off the aforementioned Google Distributed Cloud, a suite of hardware, software and managed services designed to make it easy for enterprises to host their applications in any cloud environment, whether it's their own data centre, a public cloud, or at the edge.

In parallel, more telcos are migrating to virtualised networks in support of their 5G SA deployments, paving the way for 5G network slicing. As these deployments are scaled up, telcos will be on the lookout for partners that can help facilitate enterprise adoption of slicing, and lend a hand with implementation and management. This is where Google would like to come in.

"To unlock the value of 5G slicing, CSPs must consider how they want to participate across the wider 5G ecosystem, which is rapidly extending beyond mere connectivity," wrote Jain and K. "With Pixel devices, Android OS, Google Distributed Cloud, and applications, in partnership with CSPs, Google is creating optimal value for both 5G providers and enterprises."