US FCC to make more mmWave spectrum available for 5G 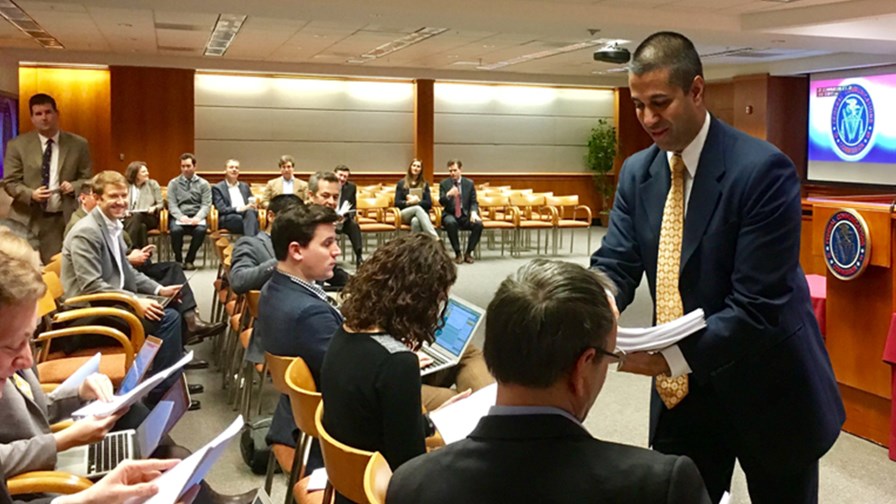 The US telecoms and media regulator, the Federal Communications Commission, has taken steps to make additional high-band mmWave spectrum available for 5G, which it argues is “critical to continued US wireless leadership”.  My making more spectrum available for commercial use, it hopes to contribute to economic growth, job creation, public safety and the even loftier aspiration of “global competitiveness”.

The new rules laid out by the FCC are as follows:

All the above is in addition to the forthcoming 28GHz spectrum auction, due to begin in November. The FCC says it will also continue to work on access to additional low-band, mid-band, and high-band spectrum.

Naturally, each Commissioner decided to issue their own formal statements, so we have thoughtfully collected together their most pertinent comments, saving you the trouble of raiding their own guarded information silos to discover their views.

WASHINGTON, June 7, 2018—The Federal Communications Commission today took steps to make additional high-band spectrum available for advanced wireless services. These actions are building blocks of the nation’s 5G future and critical to continued U.S. wireless leadership. Pushing more spectrum into the marketplace for the next generation of wireless connectivity will contribute to economic growth, job creation, public safety, and our nation’s global competitiveness.

Specifically, the item adopted today sets forth additional rules for previously identified millimeter wave spectrum bands designated for flexible use. These include adopting an operability requirement for the entire 24 GHz band, a sharing framework to allow use of a portion of the 24 GHz band for terrestrial wireless operations and Fixed Satellite Service (FSS) earth stations, a band plan for the Lower 37 GHz band, and spectrum aggregation rules applicable to certain bands.

In addition, the Commission denies petitions for reconsideration asking for geographic area licensing in the Lower 37 GHz band and asking to allocate the 42 GHz band for satellite use in order to provide additional certainty in moving forward with other innovative uses for these bands.

Finally, the item seeks comment on making 2.75 GHz of additional spectrum in the 26 GHz and 42 GHz bands available for next-generation wireless services, tees up coordination mechanisms to facilitate shared use of the Lower 37 GHz band between Federal and non-Federal users, and among non-Federal users, and solicits feedback on potential rules for FSS use of the 50 GHz band for a limited number of earth stations.

The Commission takes these actions in response to the growing demand for spectrum-based services and to facilitate the development of 5G. The Commission will continue to take steps to facilitate access to additional low-band, mid-band, and high-band spectrum for the benefit of American consumers, including holding spectrum auctions, beginning with the 28 GHz band auction scheduled to begin in November.