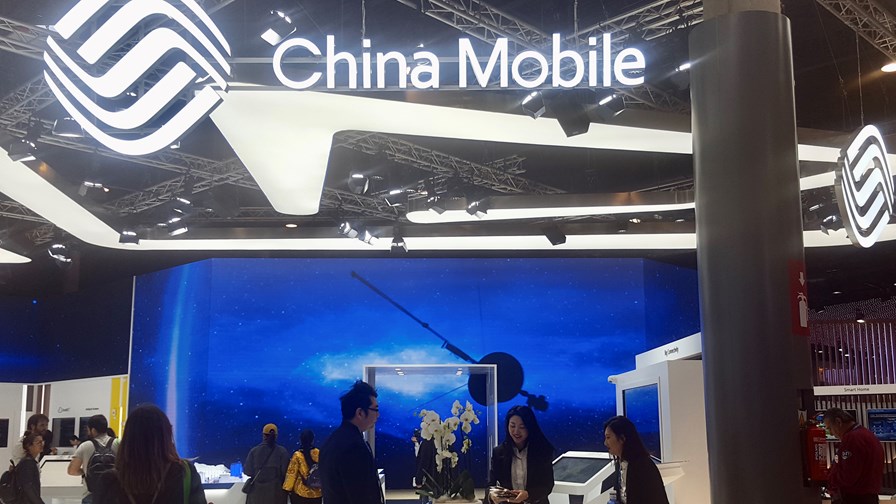 China’s mobile operators are lighting a fire under the 5G radio access network (RAN) market currently, according to a recent research note from Dell’Oro, and the numbers in recent earnings reports from the Chinese operators show why.

It invested RMB55.2 billion ($8 billion) in 5G infrastructure in the first six months of this year and is planning to spend almost as much during the second half, with its full year planned 5G investment due to be RMB105 billion ($15.2 billion), representing 58% of its total annual capex.

The operator is doing all it can to get customers connected to that next-gen mobile broadband gear and stated that 70.2 million of its total 947 million customers had signed up for 5G packages. But that’s not helping its overall average revenue per user numbers: Mobile ARPU is down 3.7% for the first half of the year to RMB50.3 ($7.28) per month.

China Telecom, is co-building and sharing its 5G radio access network with China Unicom, says it had 210,000 5G base stations up and running in more than 50 cities at the end of June, up from 60,000 at the end of last year.

It invested RMB20.15 billion ($2.9 billion) in its 5G network during the first six months of the year, about 47% of its total capex for the period, and looks set to invest roughly the same amount during the second half of this year. At the end of June, China Telecom reported 37.8 million customers for its 5G package, about 11% of its total 343.5 million mobile customers. And like China Mobile, its overall mobile ARPU is down compared with the same period last year, dipping by 5.3% to RMB44.4 ($6.41).

China Unicom, the smallest of the three main Chinese operators, invested RMB12.6 billion ($1.82 billion) in the 5G network it is co-building with China Telecom and is planning to invest a further RMB22.4 billion ($3.26 billion) during the second half of the year.

Unicom is currently shy about sharing its 5G customer numbers, though, as it didn’t break that number out in its earnings presentation: It has 309.5 million mobile customers in total, of which 260.7 million are 4G subscribers.

All in all, that puts the combined 5G investment by the three Chinese operators at $12.72 billion for the first half of the year. That’s good news for local incumbent vendors Huawei and ZTE, of course, which always command the bulk of the orders from the Chinese operators: This explains why Dell’Oro believes they have both increased their RAN market share numbers during the first half of the year.

It has also been driving business to Ericsson, but at a cost to its profitability: In its second quarter report, the Swedish vendor noted, “The strengthened market position in Mainland China is strategically important as this market is expected to be a driver of critical future requirements and provide us with important scale. The Chinese 5G contracts are expected to be profitable over the life cycle, but had a negative contribution to gross margin in Q2.”

For the first half of the year, Ericsson reported a 13% increase in revenues for the North East Asia region to SEK11.7 billion ($1.33 billion) compared with the same period a year earlier, driven by “strong sales in Mainland China.”

The trend doesn’t stretch to Nokia, though, as it decided to back away from the 5G RAN market in China due to the challenging economics of initial rollouts, and is not picking up any of the 5G RAN business in the country (though it is still active in, and winning, 5G core deals in China).

Of course, China isn’t the only market with 5G investment activity – the CTIA is bullish about 5G rollouts in the US (as you’d expect), but likes to use Europe rather than China as the comparison in a recent blog post (while also using the opportunity to criticise the “aggressive regulatory regime” in Europe, compared with the “pro-investment” scenario in the US).

As for Europe, there are those that expect the current pandemic to impact the pace of 5G rollouts, with PwC noting in a recent report that it expects delays of up to 12-18 months in the region.

For Huawei, ZTE and Ericsson, at least, the Chinese market looks like it has a few strong years of 5G RAN investments left to go while other parts of the world catch up.