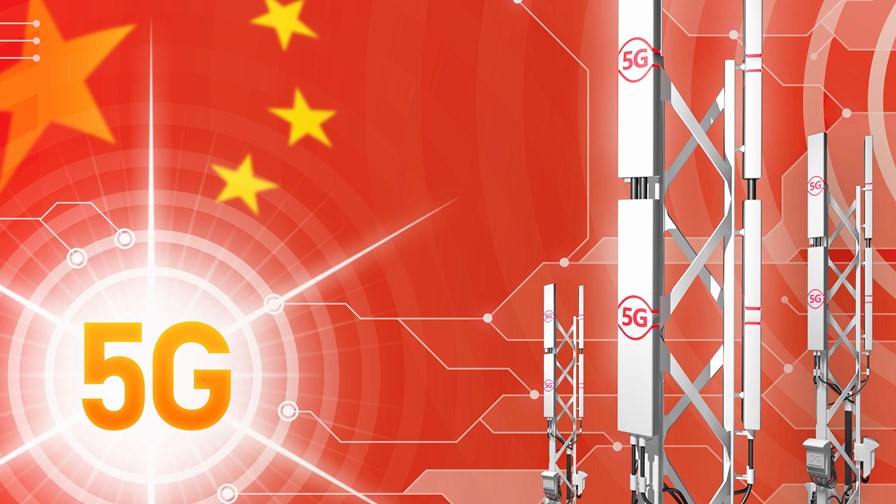 Back in June 2019, in the halcyon days just before the world went barking mad, the powerful Ministry of Industry and Information Technology (MIIT) in Beijing established China Broadcasting Network Co Ltd (CBN) as the fourth official telecoms operator in the People’s Republic of China (PRC). In 2020, it was granted a coveted commercial 5G licence and was able to survey the entire telecoms scene of the Middle Kingdom from a prime viewpoint atop a plump cushion of 101.2bn yuan (CNY) ($15.1bn) of registered capital. The PRC’s three extant incumbent telcos, China Mobile, China Telecom and China Unicom, also hold 5G licences, but the licence awarded to CBN is in the 700 MHz spectrum band, while the other three operators hold licences in the 2.6GHz and 4.9GHz bands.

Fast forward to 2022 and China’s mobile market now comprises four service providers instead of just three (and keep in mind there was some expectation at 5G licence award time that the MIIT might shrink the number to just two!). In the run up to the launch, CBN created a new enterprise to act as the mobile network operator, in which it holds a 51% stake, with other major shareholders, including State Grid Information & Telecommunication Group, Alibaba Venture Capital Management, Guangdong Radio Television Network, and Beijing All Media and Culture Group, according to China Daily.

That enterprise has been given the name China Broadnet and is now “connected to a 5G signal”.

To help the greenfield operator, CBN has benefited from a partnership with China Mobile, the country’s (and the world’s) largest mobile operator in terms of subscriber numbers (it had 966.6 million mobile connections at the end of May). China Mobile has been parlaying its strength in procurement and network construction and will share its 2.6GHz spectrum slot with CBN; the quid pro quo being that China Mobile gets to share CBN’s 700MHz assets. The agreement is yet more evidence that the 700MHz spectrum, which with its better propagation characteristics has the inherent ability to provide both broader reach outdoors and stronger signals indoors, is now recognised as an important, integral part of the commercial mix of 5G airwaves.

The Chinese telecoms market is immense and a government think tank, the China Academy of Information and Communications Technology, forecasts that the PRC will spend 1.2tn CNY ($179bn) on the deployment of 5G infrastructure by 2025. This, the think tank says, will drive more than 3.5tn CNY (US$523bn) of investment across associated upstream and downstream industry chains. And, with Chinese 5G technologies now proscribed in many western countries and equipment from the likes of Huawei and ZTE being ripped out of western networks because of worries that they can compromise national security and defence, the beneficiaries of the 5G boom in China are, of course, Chinese technology companies.

Thanks to the agreement with CBN, China Mobile saves money by sharing the costs of funding 5G network deployment and gets a welcome management fee for running the network on a daily basis plus another fee for allowing CBN to use its 2.6GHz network. So, the partners will be accessing and using both networks and the “wireless networks of 700MHz and 2.6GHz shall adopt the same shared technical solutions.”

The launch of China Broadnet, which was held on Monday in Beijing at the Museum of the Communist Party of China was announced by the Xinhua News Agency, the official press agency of the PRC. The press release says the launch of the service is “a breakthrough in the integration of national cable TV networks and 5G integrated development and early successes in developing a new "cable plus 5G" integrated development paradigm for China's radio and TV networks.

“With the 5G services' launch, China Broadnet vows to speed up the development of a new-type radio and TV communication network, a national cultural network, and a national, new-type infrastructure network,” the release continues.

Things get a bit clearer on reading the English-language release from China Global Television Network. It reads thus: “The state-owned operator is an integration of local radio and TV carriers across the Chinese mainland. It will join the battle in China's broadband, TV and mobile phone market, putting an end to the decade-long, three-legged age created by China Mobile, China Unicom and China Telecom.

The head of China Broadnet, Song Qizhu, said at the rebranding ceremony in Beijing: “China Broadnet will provide basic digital infrastructure for homes and enterprises, aiming at providing a different flavour of service. China Broadnet hasn't launched its 5G service three years after getting the government permit. But the company could be compatible in the market for owning the 5G band of 700MHz, which is better than all other bands in the mainland for covering a large area. Since the company has little to no 5G base stations, it will initially cooperate with China Mobile to build a nationwide network.”

What this means in practice is that those wanting to become customers of China Broadnet can reserve a 5G phone number. “Some easy-to-remember or widely liked number combinations require a two-year contract, a minimum monthly fee and an advanced payment ranging from a few hundred yuan to several thousand. Phone numbers under China Broadnet will start with 192.” It continues, “News about the company testing 5G services can be found on many local news outlets across the country. China Broadnet is buying tens of millions of SIM cards as a preparation for a national 5G network.”

Xiang Ligang, the director general of the Beijing-based Information Consumption Alliance commented that whilst “Broadnet has acquired a telecom carrier operation licence, which is the same as ones held by China's other three telecom giants, China Mobile, China Unicom and China Telecom…  China Broadnet doesn't have its own network or infrastructure, thus the newcomer had to make an agreement with China Mobile and share its network." He added that China Broadnet will expand the telecom market in the Chinese mainland but won't make too much impact due to its relatively small market share.” That seems to be an example of what’s known in poetic circles as being “damned with faint praise”.

Although China Broadnet’s 5G commercial service is only just getting off the ground as of Monday, the company has high hopes, big ambitions and state backing, and it would be foolish to write it off as an also-ran in a four-horse race. After all, there’s little to stop Broadnet from making an immediate impact by offering big discounts as a means to elbow its way into what will be an immensely lucrative market in the very near future.

Given that China Broadnet was granted a 5G network operator licence in June 2019, at the same time as China Mobile, China Unicom and China Telecom, it has been undeniably slow to get into the market. The latest figures from the Chinese authorities show that at the end of last month (May 2022) China Mobile, China Unicom and China Telecom between them had 428 million 5G active subscribers, up by 4.8% on May 2021. In a research note issued on Sunday, China Galaxy Securities of Beijing opined that China Broadnet could “quickly attract up to 10 million 5G subscribers”. The question is, how quick is quick?