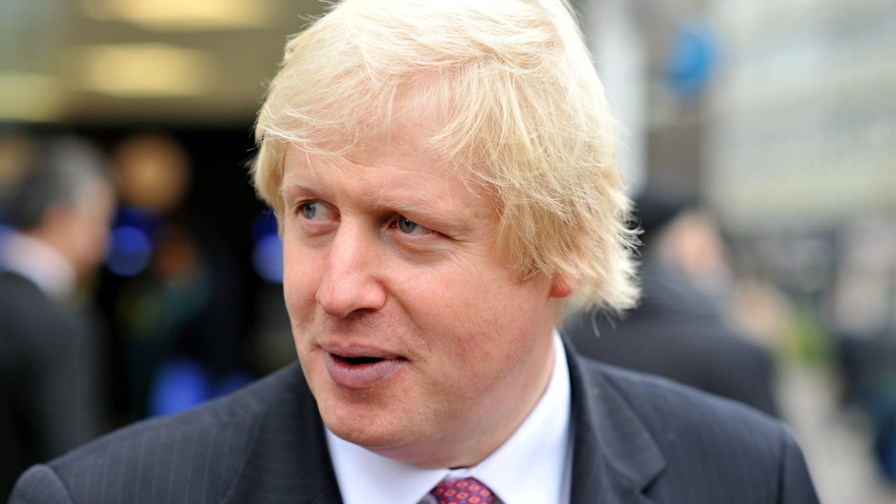 Heads are being scratched in the UK over the apparent volte face by the government over Huawei and the role it’s to have in supplying 5G equipment for the UK’s four (at the time of writing) mobile networks.

Brits opened their newspapers over the weekend to the news that, according to the Daily Mail and The Times,  Boris Johnson had “changed his mind.” He now “wants a way out of the agreement” that would have enabled  Huawei to supply 35 per cent of the 5G network infrastructure, but in the less sensitive parts of the networks, says The Daily Mail. There have been a series of complaints about the government’s stance from within the ruling Tory party - despite the current arrangements ensuring the eventual phasing out of Huawei gear - and urgings for Johnson to take a tougher line.

So the black art of the clandestine briefing - where select tidbits are trickled out to right wing national newspapers who can be relied on to retail them in a reliable manner - have been on full display, right down to the insistence that there is a single UK 5G network and the implication that Huawei is almost certain to be using its equipment as a way in to spy on the UK. No evidence has so far been produced to support the spying accusations.

What we do know is that Boris Johnson has managed to paint himself into several tight corners over the terms of the UK’s exit from the European Union and his attempts to simultaneously do a trade deal with the Trump administration, all the while with the clock ticking and a pandemic raging.

The mood music around EU/UK negotiations isn’t becoming more melodious either. The latest exchanges between European negotiator Michel Barnier and Johnson have included accusations of “bully-boy tactics” and threats to “walk away” from the negotiation table by Johnson and accusations from Barnier that the talks are in danger of collapse.

Also over the weekend a new twist was introduced to the Huawei story with news, this time from The Times, that the UK is apparently pushing for an alliance of ten democracies to corner the 5G equipment market and squeeze Huawei out.

The “D10” club of democratic partners comprises the G7 plus Australia, South Korea and India, the newspaper said.

That sounds more like an initiative inspired by Donald Trump (we’ve heard an outline of this before) who’s decided to ask Johnson to front it in expectation that he might be able to get a more positive response from the “G7 plus 3”  than Trump could.

That may be the case (although neither leader is exactly flavour of the month in Europe at the moment), but it does seem like an extraordinary step with very little ethical basis to it. The original case for action against Huawei was that it ‘could’ initiate cyber attacks from its installed infrastructure at the bidding of the Chinese government. Now even this is hardly advanced any more - it is now more or less openly admitted that if the moves against Huawei are simply an attempt to destroy it as an international telecoms infrastructure player because it poses a threat to US dominance (despite the fact that the US does not wield global dominance in telecoms infrastructure - neither should it).

If anything the entire concept of there being an opening for any sort of ‘dominance’ is no longer valid. Every week on TelecomTV we see the virtues of open source, collaboration and disaggregation being extolled by most of the global players and there seems little doubt that the transition to 5G and next generation networks will see a marked change in the way the infrastructure is engineered and, yes, its intellectual property shared.