Apple gets inside the tent for 5G, as operators ramp up development work 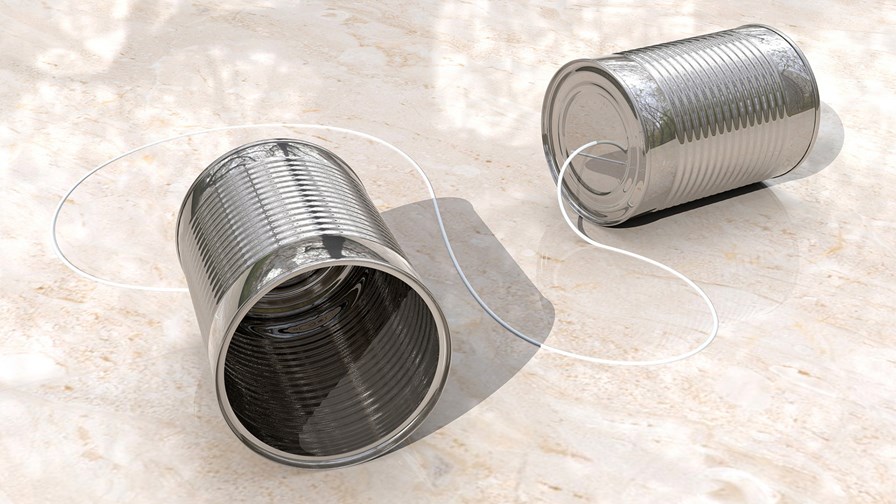 Work on 5G candidate technologies is picking up pace, ahead of the IMT-2020 standardisation process. Earlier this month the Next Generation Mobile Networks (NGMN) Alliance presented the latest results of its 5G Initiative in a workshop in Beijing, although the organisation only publicised its activities on Friday. Around 100 operator, vendor and research participants from more than 35 companies met in China to review the initiative’s vision and end-to-end requirements and to share their views on potential 5G solutions.

The NGMN also welcomed three new partners: Ziggo of the Netherlands, China’s Peking University, and Apple. Of course, it’s the last of these that has raised many eyebrows. Apple; working alongside operators and other vendors? Surely not? Well, yes actually, as Apple has decided it would be better to be inside the tent for 5G, as the saying goes, rather than assume its customary position outside aiming in. Of course, Apple isn’t making any comment itself.

Earlier this year, the NGMN Board, which comprises CTOs from 20 leading international operators, had made the decision to focus the future NGMN activities on defining the end-to-end requirements for 5G in an industry White Paper. The final version of this document is due to be published in March next year, at its conference and exhibition in Frankfurt.

A global team is now working on the definition of these consolidated operator requirements intended to support the standardisation and subsequent availability of 5G from 2020 and beyond. The various workstream leads presented their latest results at the Beijing meeting, which looked at future business value propositions, requirement target figures, and architecture options.

“Our partners provided a very promising outlook on potential 5G capabilities and solutions”, said Rachid El Hattachi, SVP of Deutsche Telekom and Steering Committee Chairman of the NGMN 5G Initiative. “We now have to make sure to continue this intensive discussion and to leverage the expertise of our partnership for the successful finalisation of the White Paper.”

Meanwhile, two other leading operators have announced details of their own 5G development work.

Japan’s NTT Docomo said on Friday that it will establish a new 5G Laboratory business unit, to strengthen its research and development work on next-generation mobile and work on international standardisation. The new unit will start work on Wednesday this week. It will also create a second new unit, called the Innovation Management Department, which will be targeted at smarter-living initiatives and tasked to develop new business and manage both strategic investments and business partnerships. Both new units will be part of its existing R&D Innovation Division and employ around 70 people.

A few days before Docomo’s announcement, European mobile operator group Vodafone revealed that it was partnering with the Dresden University of Technology in Germany to research and develop 5G technology. Vodafone said it would work with the university to bring together academics, developers and technology companies to explore the capabilities of 5G and establish technical guidelines for its development.

Dresden University of Technology has opened its first 5G lab which offers specific facilities where researchers can test and evaluate a wide range of 5G technologies over test spectrum.

“Today, mobile communications is all about moving content from one place to another. Tomorrow it will be about being able to control a vast array of objects in real-time with little human intervention,” said Professor Gerhard Fettweis, the Vodafone Chair of Mobile Communications Systems at Dresden University. “To get there we need to rethink wireless communications, particularly with regard to data rates, latency and IP services. With our new 5G lab, and the support of our partners like Vodafone, Dresden is well positioned to lead a cross-industry effort to find answers to some of these challenging questions.”

For those who think 5G is all hype and of no value to today’s networks, think again. The ITU’s IMT-2020 timeline begins in earnest next year, as standardisation work gets underway.

It’s looking likely that 5G will comprise a suite of related new technologies, rather than just being a new air interface, so as China Mobile’s chief scientist Chih-Lin I said last week, “what we call 5G should be renamed 5G Era because that is a wide sense of 5G”.

Governments around the world are eager not to miss out on the economic benefits of being at the centre of 5G development – having been at the forefront of 3G, Europe saw its competitive lead stripped away with 4G, and doesn’t want to repeat the fiasco.

“I want the UK to be one of the world leaders in 5G and that’s why we’re trying to take advantage of being early movers in this space,” said the UK’s former Minister of Universities and Science, David Willetts, at a government-endorsed 5G event in London last week. The UK has promised to release 500MHz of spectrum from 400MHz to 2.3GHz by 2020 to support 5G deployment.