5G is driving US telcos up the pole 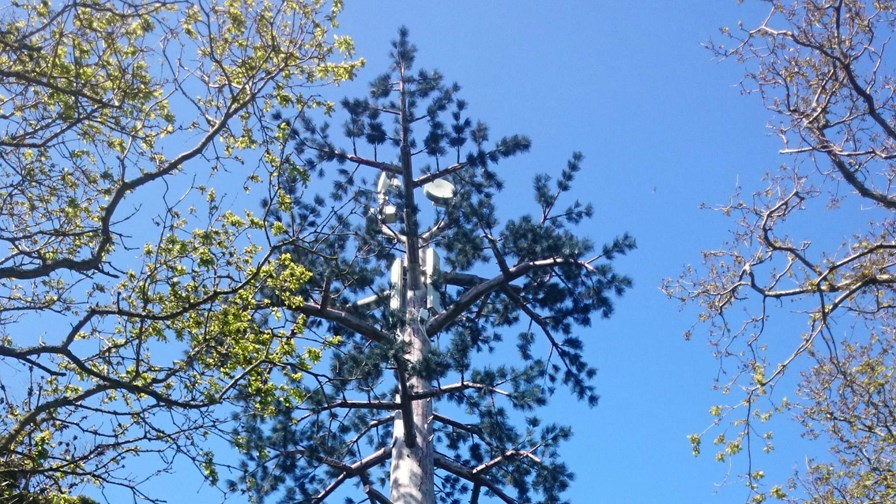 Here in the UK, the press and social media are getting themselves into a bit of a tizz about proposals that would see planning rules relaxed to permit telcos and CSPs to deploy higher masts to facilitate 5G coverage. It's the same old story; people want to be able to take advantage of what the new technology promises but none of them wants the masts and towers that will carry 5G to be anywhere near their own backyards (or 'gardens' as we tend to call them here).

Nor do they want them despoiling cherished views and vistas. So one thing is for sure, while new masts will proliferate just about anywhere and everywhere in urban and rural Britain, no intrusive or even unobtrusive new high masts will be allowed to pollute the outlook from the top of Richmond Hill in south-west London over Petersham Meadows and on across the River Thames. That's because the is actually protected by its very own Act of Parliament which was passed in 1902 to prevent speculative building destroying what to this day remains a beautiful and pristine panorama.

It's what it will look like just over the horizon from Mick Jagger's living room window in a few years time that is causing increasing concern. Remember those photographs of New York City at the end of the 19th Century when telecommunications was in its infancy and hundreds of thousands of wires were strung across the roads making it almost impossible to see the sky? Well, some say we are about to see much the same sort of thing happen again but this time the environment will be affected by millions of vertical towers rather than horizontal cables.

Or maybe it won't be that bad. Over in the US, in Denver, Colorado, the city administration has given the telco Verizon permission to deploy new stand-alone "aesthetically-pleasing" street poles containing 5G wireless small cells that are completely concealed within the poles themselves which look like stylish modern or retro-vintage lamp posts. The new street furniture is the brainchild of a local Colorado enterprise, Comptek City Poles and the company is providing the same solution to wireless CSPs in other parts of the US such as Xcel Energy which operates in eight states.

Comptek has signed a nationwide agreement with Verizon and is already at work deploying the new-look 5G poles in the cities of Anaheim, San Diego and Los Angeles in California, Cincinnati, Cleveland and Columbus in Ohio and Salt Lake City in Utah. many more cities will follow in due course.

Comptek's poles, which can accommodate equipment from one telco user or several, come in 4-section modules comprising foundation, base cabinet, 'shroud', upper pole and top antenna section and are completely customisable to permit the incorporation of a variety of configurations of 5G equipment together with cabling, power supplies and the all-important antennas.

Of course, Comptek is not the only player in what will be a highly lucrative market. It has competitors including Conceal fab (also of Colorado) and Valmont Industries of Nebraska which has a long history of involvement in the manufacture of street lighting and utility poles.

Comptek’s poles are fairly unique, but in terms of competitors Lockwood mentioned Conceal Fab, a company in Colorado Springs that is also doing some 5G small cell “concealment solutions.” And he said the manufacturing giant Valmont Industries is also doing some innovation for small cell infrastructure.

Public demand for "No Fry Zones"

5G is having a fundamental impact on network design because small cells pose an entirely new and entirely different challenge to traditional mobile wireless towers. 'Macro towers' are built and sited according conventional and long-established principles and are placed in optimal places across any given network.

However, the move to the "connect everything society" and the sheer profusion of small cell sites that will be required by 5G in both urban and rural environments means that concealment and varying degrees of aesthetic sensibility will be required on the part of those deploying them.

Shifting from a “macro tower only” mindset to a “connect everything” mindset means a shift and reset in the ways current network design and engineering, site selection, and deployment decisions are made, not least because communities, towns and cities across America are objecting en masse to having small cell sites deployed in  residential citing areas over concerns of aesthetics, property values and public health. Demands for local and city governments to establish "no fry zones" are growing in intensity and spreading across the US.

Recently, Thomas Suozzi, a New York Democrat Congressman, wrote to Ajit Pai, the chairman of the Federal Communications Commission (FCC) to record and emphasise the concerns of his constituents about the possible public health implications of the profusion 5G cell sites.

In his letter to Pai, Mr. Suozzi writes, "My constituents are worried that should this technology be proven hazardous in the future, the health of their families and value of their properties would be at serious risk.” And that's why there is a groundswell movement underway with people demanding the establishment of so-called "No Fry Zones" where RF radiation limits will be kept within known safety limits and constantly monitored to ensure that people are protected.

The current Republican-dominated FCC board under Chairman Pai has moved quickly to help expedite the rollout of 5G. It's "Fast Plan" requires cities and states to approve the siting of 5G antennas within 60 to 90 days of telco proposals being registered. It also sets limits on the amount of fees that city and municipality councils can charge carriers for the placement of 5G equipment on utility poles, limits on fees municipalities can charge carriers for using space on utility poles, lampposts and the facades of buildings.

Unsurprisingly towns and cities are up in arms about a regulation which that the fees paid by carriers just cover the costs of deployment of the new equipment and are not calculated on the basis of "fair market value" for the sites as used to be the case.