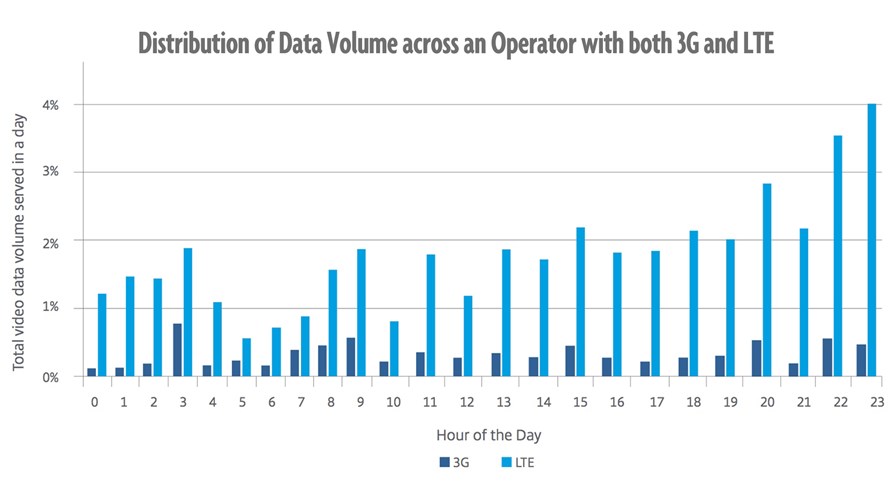 It’s all very well having an LTE-enabled smartphone with a 4G tariff, with the promise of faster data downloads and access, but to get the most from it you’ll need to use it more. And that means being comfortable with the tariffs and data caps imposed by the mobile operators. Otherwise, you’ll still be searching for free wi-fi hotspots.

This is especially true of video downloads and streaming. The vast majority of consumers are now aware of just how data-hungry video can be, and therefore potentially expensive – especially as unlimited data tariffs are now as rare as hens’ teeth. Consequently, there remains a degree of caution over the use of LTE networks for video consumption – although thanks to video ads, not all subscribers know they are consuming video, but more on that later.

US-based Citrix has today released its latest Mobile Analytics Report for the second half of 2014, looking in to subscriber behaviour and related factors that determine quality of experience (QoE) for mobile data services. It found that mobile subscribers on LTE networks are 1.5 times more likely to watch video than subscribers on 3G networks. Yes, it’s an improvement, but it’s not a massive one. Mobile video now accounts for 52 per cent of mobile data traffic globally, with video from specific “video sites” making up 81 per cent of this volume.

Citrix also found that those using LTE are also viewing for longer. Five minutes used to be the ideal benchmark for mobile video, when “snacking” was the only game in town. But whereas 81 per cent of mobile YouTube viewers still spend five minutes or less watching video, the mergence of long-form alternatives is changing this pattern – for example, 76 per cent of Netflix viewers watch for more than five minutes when viewing over LTE (but only 65 per cent do so when watching over 3G, so there’s a slight upside there).

Quality of experience remains an issue. Back in February, Citrix found that mobile videos on an LTE network stalled for an average of 15 seconds in every minute, compared to a terrible 47 seconds on a 3G network. Obviously 720p HD video was the biggest culprit – the number of staled videos increases as the resolution increases.

However, despite the positive impact of LTE on video, Citrix also found that the same ratio of subscribers (2 in 10) watched mobile video across all network types in 2014 as did in 2013.

All this whilst the number of mobile adverts being served increases. 50 per cent of mobile subscribers were served these ads, compared to just 30 per cent in 2013. Last year, Citrix found that one video ad was served for every 20 banner ads served over mobile. This year, the ratio has increased to one video ad for every 16 banner ads.

But there is a hidden danger in these ads. Citrix reported that 59 per cent of subscribers don’t believe that video ads count towards their data allowance. How wrong they are. This is only going to get worse before there’s a major consumer backlash.

Mobile video ads might only generate about two per cent of a subscriber’s daily mobile data volume, but this is bound to increase. In December 2013, Facebook introduced auto-playing video ads, which can come as an alarming discovery to social media-loving subscribers with low data caps.

Twitter launched its Vine video service in January 2013, and Facebook followed with Instagram Video in June last year, so video-based social networking is still a relatively new application. But by November last year, Instagram was already emerging as the winner, accounting for six times the mobile traffic of Vine. Video has already climbed to take a third of the total mobile traffic of Instagram.

“The key concern regarding the rise of video is, and always has been, user experience, both in terms of network quality and subscriber plan satisfaction,” said Anna Yong, Senior Product Marketing Manager at Citrix. “We know that video is high-impact when it comes to mobile network consumption – where only 20 per cent of subscribers access video on any given day, they are generating 42 per cent of daily data traffic volume on the mobile network. LTE further increases the impact of video, generating 1.5 times more demand than 3G, yet generating five times more video data volume than 3G.”