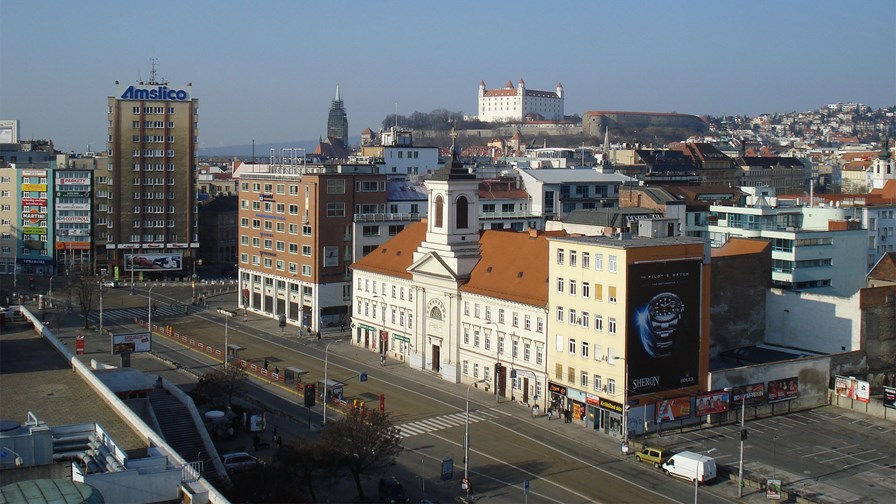 After a flurry of 5G research developments, it’s refreshing to get back to humble 4G. Deutsche Telekom’s Slovakian operator is the latest telco to showcase bleeding edge LTE trials, proving that there’s more to the 4G technology than being just a slightly faster version of 3G.

In collaboration with Ericsson, Slovak Telekom has announced that it has conducted successful 300Mbit/s over-the-air field trials for intraband contiguous LTE carrier aggregation, which form part of the LTE-Advanced standards. The trial appeared to happen earlier this month (as various Slovakian news sites can attest), but Ericsson only publicised it over the weekend. But whatever the internal marketing issues, it remains an important development.

The demo took place under real-life conditions at the beachfront in Bratislava using two 20MHz carriers in the 2600MHz FDD band (band 7, for LTE standards aficionados).

We’re hearing a lot about carrier aggregation this year, and its ability to mix and match spectrum to create an extremely fast downlink connection. It’s been touted as the answer to two separate problems: the need for faster wireless connections, and the need for more efficient use of existing spectrum resources.

Network trials are of course vitally important, but it also requires supporting devices to make it into a commercial proposition (the two carrier bands need to be reconstituted into a single band). So far, these are few and far between, but they are coming. For the trial, Slovak Telekom used a prototype terminal powered by a Qualcomm chip.

We’ve already seen 300Mbit/s carrier aggregation trials elsewhere in the world (especially Korea, here and here), but this is the first time that aggregation has been demonstrated within the same frequency band – 2600MHz – combining two contiguous segments of 20MHz. Operators elsewhere appear to be more interested in using separate bands, making better use of additional spectrum awards to augment their existing service.

According to 4G Americas, there are now 17 commercial-ready LTE-Advanced networks in the world with 30 or more expected by the end of this year. Carrier aggregation was adopted into the 3GPP standards with releases 10 and 11, and is being developed with release 12 (notably to allow aggregation between FDD and TDD modes and licence assisted operation for using LTE with unlicensed 5GHz spectrum).

“The trial in Slovakia is unique due to the fact of using intraband carrier aggregation,” said Marian Bezak, Head of Ericsson Slovakia. “Introducing carrier aggregation solution will support Slovak Telekom in continuing to stay the technology leader in the Slovak market.”

Ericsson has collaborated with Slovak Telekom for the past 16 years and is the sole supplier of its 2G and 3G RAN. “Slovak Telekom is very active in testing new technologies – as we proved several times, with our HSPA+ 42Mbit/s launch, HSPA+ 84Mbit/s trial in Bratislava or LTE launch in 2600MHz spectrum with speeds up to 150Mbit/s,” added Branimir Maric, CTIO of Slovak Telekom.

Slovak Telekom acquired 2 x 40MHz spectrum in the 2600MHz FDD band and 50MHz in the 2600MHz TDD band at auction in January this year, after launching a commercial LTE service in November 2013. It has the largest LTE network in the country with 24 per cent population coverage, using its earlier award of 1800MHz spectrum. The telco is trying to reverse its historic voice revenue decline by introducing new revenue streams. Last year it managed to almost match 2012’s numbers with a reported €828m in annual revenues. As of December last year, it had 2.3m mobile subscribers.

Oh, and ding dong for Hans Vestberg, as the Ericsson CEO rings the NASDAQ opening bell in New York today.