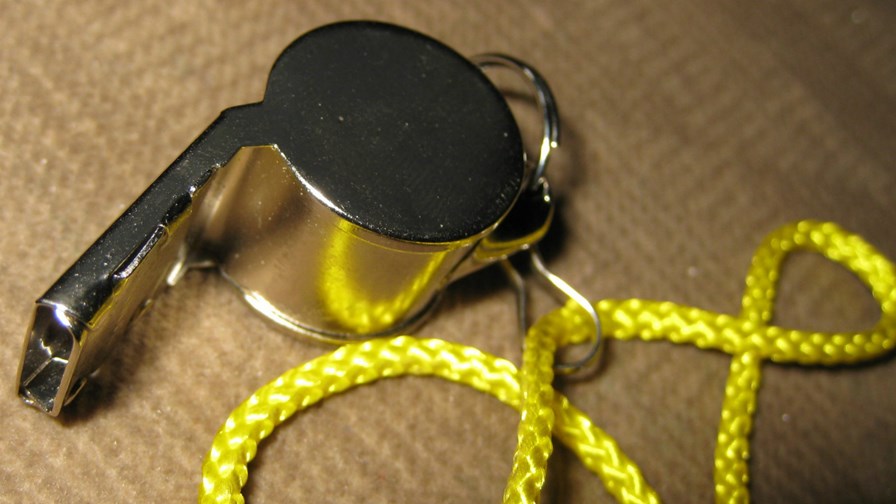 Remember the innocent, halcyon days of 2017 when all we Brits had to worry about was the country tearing itself apart over Brexit? Other things were happening though, including the hyping of the imminent introduction of the UK's brand, spanking new Emergency Services Network (ESN). It enthused and exercised technology journalists but was of absolutely no interest to the public at large.

However, now that the shambolic scheme is years behind schedule and billions of pounds over budget, the ESN is actually getting headline coverage in the tabloid press. The right of right-wing Daily Mail, which usually devotes several lead pages a day to the Californian antics of ex-royalty, and several more to the "stars" of reality TV shows, is, for once, in full flaming and quite justified fulmination mode about the "walkie-talkie" technology project that is an object lesson in p**s-poor planning and untrammelled public purse profligacy.

The plan was for the obsolescent voice-only Airwave/TETRA system from Motorola (and a few others) to be replaced by a new, dedicated 4G voice and data ESN. According to the UK telecoms regulator, Ofcom, the ESN "will facilitate service delivery as the existing Airwave/TETRA service contracts expire, culminating with the currently planned expiration of the national infrastructure provision on 31 December 2019." Needless to say that date came and went with the creaking Airwave system still in use. Now it has been announced that it will remain as the country's outmoded but sole emergency services network until 2025 or even later!

The new ESN project began in 2015, with EE and Vodafone as primary network contractors and Motorola and Samsung providing hardware and some software. It was planned to be in at least partial use by 107 police, fire, rescue and ambulance services across England and Wales "from 2017" with "full implementation" promised for 2019. Last week the Public Accounts Committee (PAC) of the Covid-19- and Brexit-battered House of Commons was told that the project has fallen even further behind schedule and that full implementation will now not be possible before 2024 "at the earliest".

The ESN was originally budgeted as a £6 billion project. It is now £10 billion and rising. To that can be added the £550 million a year it costs to keep the tottering Tetra system on its feet. Given that the ESN will probably not be fully operational until sometime in 2025, it means the new system will, at best, have a 10-year life span even as its technology is already ageing. The fact is that it will be at least middle-aged before it enters service and as it is planned to serve 302, 000 users each will cost £33,000 each. One more thing; the ESN still doesn't work properly on London Underground, although ordinary commercial smart phones already do. What a mess.

The unconscionable delay in implementing the ESN is, in the main, down to the decision to replace Airwave with a system based on, but running discretely parallel to, existing mobile networks, the rationale being that such an approach would enable both voice and fast data communications from the same handset.

It has not gone well and it is well-known anecdotally that many police and emergency services staff simply use their own mobile phones as and when the occasion demands, and those occasions are happening more and more frequently. Some critics pointed out that there would be difficulties with such an approach but their objections were swatted away as were suggestions that it might be better for personnel to carry two devices, one for voice and one for data, for the sake of resilience in the event of the network going down during a major incident.

Giving a farrago a bad name

As far as the 4G network side of the ESN is concerned, BT-owned EE says it has upgraded 19,000 of its mobile sites to meet the requirements of the new network and will build 466 further sites this autumn to have its part of the project completed by the end of this year.  In the Air‑to‑Ground (A2G) sector EE also has plans to add Air-to-Ground capability via a joint venture between Nokia and the Home Office. Meanwhile, the government has picked Britain's Cobham to provide the full Emergency Services Network Aircraft Communications System as part of the ESN.

On the handset front Samsung provided 1,000 ESN Direct 1 handsets for tests some months ago and it will deliver 5,000 Direct 2 handsets in the near future. Amazingly and amusingly  Joanna Davinson, the head of technology at the Home Office, (if that's not a mutually exclusive concept), told the PAC that the Direct 2 handset "actually includes most of the core capabilities that ESN requires''. Unbelievable but true. Why need Britain tremble?

Ms. Davinson added that yet another new business case for the ESN has now been drafted and will be reviewed before Christmas. Yup, when in doubt trot out yet another draft report and waste yet more time. Always works and it's not as if there's an emergency to worry about.

The Home Office website has this to say about her. "Joanna joined the Home Office in November 2017 following a 28 year career with Price Waterhouse Coopers and IBM, where she focussed on delivering large Public Sector ICT programmes." Says it all really, doesn't it? The panegyric continues:  "Before that Joanna enjoyed 5 years in the Civil Service in the National Audit Office and is delighted to now be back in central Government at the Home Office." I'll bet she is. What a doddle. No furloughing or job cuts there.

Meg Hillier, MP, the chairperson of the Public Accounts Committee displayed a remarkable facility for the British art of understatement when she told Davinson and her team that the endless delays and excuses are“disheartening”. She pointed out that the top bods running the ESN project have now been summoned to appear before the Public Accounts Committee ten different times to explain why the project is in such a mess. She added,  “I hope we will not have you back, but I fear we will”. I would say you can bet your bottom dollar on it.

TelecomTV has a cunning wheeze for an ESN that could be deployed in a couple of weeks and cost just a few quid. Bring back the bobby's pocket whistle that was used for close on a hundred years and worked a treat. They could be heard more than two miles away back in the days when coppers had the size, weight and lung-capacity to blast away at full force (if you'll forgive the pun). We could also bring back the good old police box. Dr Who has one that she's not using between filming dates. They could site it outside the Home Office and put an honesty box inside.