The pandemic is still raging, but some DSPs are already seeing new roles 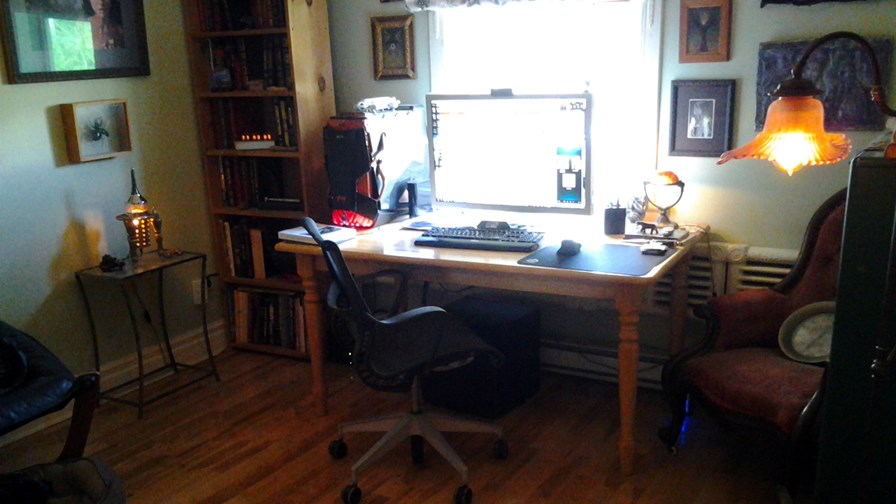 Enabling flexible working with the right mix of technology and services suddenly seems like a compelling new business model as DSPs catch their collective breath as the pandemic eases up. The downbeat telco mood apparent as we headed into the pandemic is being replaced, at least for some, by a new feeling of confidence. Telcos did well, their networks held up when many expected they wouldn’t. It’s time to start talking about the primacy of connectivity again.

At TelecomTV we were never  big fans of the “missing telco lunch” narrative. This is the story, resurrected on a regular basis over the last 20 and more years, of a rapacious ‘over the top’ (in itself a pejorative term) contingent of  Internet players reaping the rewards of the telco network investment - first the fixed network and, later, the mobile.

That story had more holes than Captain Sir Tom Moore’s walking socks, mostly because it suggests that telco/ISPs would, if allowed, have developed all the internet services themselves if the Googles hadn’t given them all away for free.

Despite a few tries, the telcos never did compete in any convincing way.

And this time around, with 5G in the starting gate, there’s not many signs that any of the old lunch boxes will be found either. If the hands-up voting at successive Great Telco Debates are any indication, the idea that CSPs might suddenly become big consumer services players has sagged.

For the past few years, debates that promote connectivity over applications and services have been winning.  High quality connectivity, that is. Connectivity that resists the notion of the dumb pipe by connecting both people and things in an intelligent, highly automated but ever lower-cost way, and one that enables the access business to scale up while bearing down on both the operational and capital costs of doing so. More connections of course, but at costs low enough to find a reasonable margin.

The squeeze moves on

But now it may no longer be a connectivity v. services choice. It now looks very much as though the webscale giants may eventually be in a position to do much of the connectivity themselves as they tool up with telecom cloud capabilities. In just the last week we have seen virtualisation specialist Metaswitch snapped up by Microsoft just a couple of weeks after buying Affirmed Networks.

“What links these two M&A moves is Microsoft’s intention to position its Azure cloud platform as a key foundation for mobile operators’ 5G plans, providing a cloud-native and flexible platform upon which CSPs can run their network elements,” wrote Ray Le Maistre last week.

It’s not much of a stretch to imagine Microsoft Azure, not to mention fellow Webscalers like AWS, Google  and even Facebook, continuing to take on the networking piece themselves where it seems useful - particularly with fat pipe connectivity between clouds (on-premises cloud to public cloud, for instance) a trend which is already starting to get under way. After all, they will very soon have both the technology and the expertise inhouse to do so.

The consumer and small business access network is a different proposition though. And it’s here that the current pandemic might help telcos maintain a firm grip over their home territory - consumer connectivity being their real lunch and one actually worth holding onto.

For all the talk of bit pipes and commodity, the access business is a nice stable long term earner with, depending on national circumstances, a good and reliable return. Fast growth online services go up fast, but they can come down and out just as quickly. Whatever replaces them will still need access.

And the requirement for access network innovation to improve capacity, flexibility and resilience just went sky-high as companies and governments realised that economic survival in the face of pandemics and other disasters will,  from here on, be one of the top priorities. This time around the networks all acquitted themselves well to seismic changes in user behaviour and location, next time they’ll  want to make sure they can deliver again, and that has to represent a business opportunity as long as corporate memories don’t fade.

The opportunity to profile yourself as an all-round access provider ready to adapt to fast changing patterns of use for an increasingly demanding and increasingly mobile and nomadic workforce must be a viable way forward. .

Just this week Telefonica’s O2, now building up to a merger with cable operator Virgin Media in the UK, has stepped up to the plate and is looking to apply lessons from the pandemic to the way it puts together services going forward.

One lesson learnt is the importance of entertainment delivery. Virgin Media will help it cover  that end of the opportunity. It has been busy mulling the changes it’s been observing  and this week unveiled O2 business research which it says is a way “to help businesses understand the impact COVID-19 is having on the workforce.”

The report “The Flexible Future of Work” expects that employees will be reluctant to give up their new way of working when the lockdown is lifted. It points out that nearly half (45%) of the workforce believe flexible working will increase permanently, and a third (33%) expect to increase the amount they work from home by at least three days a week.

Home working is apparently now seen as “the most important workplace benefit” employees consider when taking a new role. That alone should create a compelling basis for building a business model around the flexible/home working imperative

According to  Katy Liddell, Director Business Sales & Service at O2, “while it’s difficult to gauge what the future working world will look like, we are seeing that the demand for flexible working beyond the pandemic is accelerating. We understand the challenges that this will bring employers and that it has never been more crucial for businesses to keep their workforce connected.

From additional software to replace the water cooler, more security to keep documents safe, or connectivity to get people in-touch quicker, business needs are changing at an accelerated rate.”

Vodafone too has noticed the change. According to Scott Petty, Vodafone UK’s Chief Technology Officer, his company had the advantage of absorbing lessons from other countries, in particular Spain, and it took early steps to move its own people to home, and Petty says it thereby became the first ‘working from home’ company within weeks. He says “that businesses may want “a much more flexible way of working”, which in turn could create “a whole set of new opportunities across the industry for both business and consumer.”

So it may be that a new vision of the ‘flexible working enabler’ role may be one business model with a strong future.