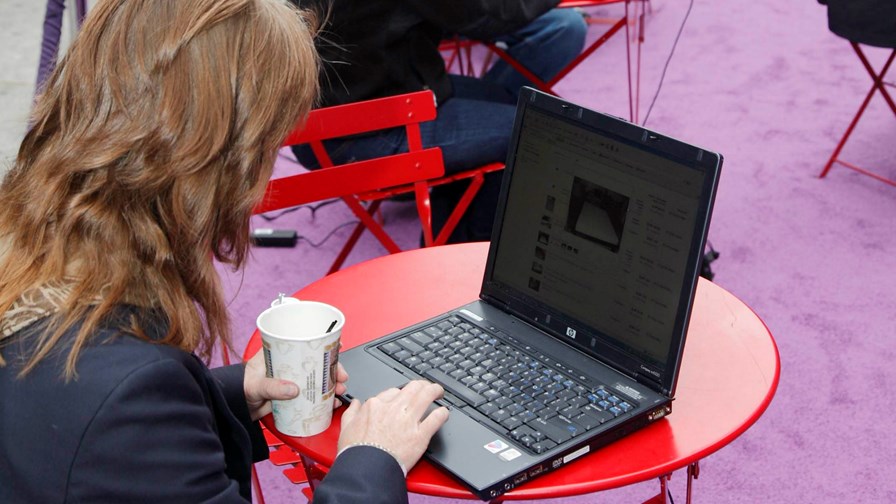 Public and amenity WiFi used to be driven by the old road-warrior class of user: out of the car with the laptop, and into a coffee shop or fast food joint to pick up the emails. The trouble was there just wasn’t enough of them - ambitious first generation municipal and other sorts of WiFi services often crashed and burned because of that basic economic fact.

That’s all changed (or should soon change) with the smartphone, which is now becoming the dominant way of accessing the Internet (see Cisco’s Visual Networking Index story yesterday), and the smartphone trend is only just getting under way from a global mobile services point of view.

Figures from eMarketeer on mobile usage, project that worldwide smartphone usage will grow by a quarter in this year alone, fuelled by China, India and other emerging markets not only adopting the smartphone, but getting it out and using it as the preferred/only way of accessing the Internet.

eMarketeer says nine countries will get past 50 per cent smartphone penetration this year, totting up to 1.76 billion people.

That’s a big driver for WiFi simply because many of those new smartphone users will  be looking for ways to stay under their data allowances if they can afford to buy an allowance at all.
But according to  amenity WiFi provider,  Purple WiFi, despite the high WiFi usage most research has consistently identified for years now (the elephant in the telco room, we used to call it), the majority of device users (of smartphones, tablets, PCs) are actually bewildered by WiFi and how and why it works.

That implies that if the industry as a whole can get its act together to make the awfulness of WiFi login (obviously invented by a sadist or a cell network enthusiast) a thing of the past, then WiFi should be in for a huge boost.

You thought it was on booster rocket already? Not if the Purple WiFi research figures are anything to go by.

Its done some global consumer research and found that 72 per cent of respondents claim to be public WiFi  users and actively look for connections when out and about. About half of them say they use it at least once a week. But at the same time, two thirds of them admitted to being confused about how to get online.

Says the report: “54% believe they are automatically connected in a venue that offers WiFi, 7% believe they need to switch off and on again and 5% confirm that they simply don’t know how to access public WiFi.”

Purple WiFi points out that Hotspot 2.0 adoption should make everything much better on this front, creating a ‘seamless’ experience through the use of roaming between providers and automatic logon.

It’s fair to say that nobody has quite worked out how to ‘monetise’ amenity Wifi yet. Obviously you could try charging for it at one extreme or plastering it with ads at the other. Both of those options would probably not be accepted by users.

Somewhere between those two there’s going to be a cunning scheme which provides some sort of extra value to the venue (the shop or restaurant) via the amenity WiFi provider and involves some combination of subtle advertising; user access to the details of whatever’s being offered on the premises; data to the venue owner on who’s using the facilities and so on. Just enough, along with customer satisfaction, to make the amenity worth having.

Variations are being tried here. In Purple WiFi’s case it’s the use of the ghastly (and I had thought, pretty-much discredited) ‘like’ on Facebook (or a positive tweet) about the venue being visited  - that action being required as the price of access. If I see a gerrymandered ‘like’ or tweet I make a mental note never to darken the relevant establishment’s doorstep again.  I know of at least one other person more virulently opposed to this nonsense than I am (you know who you are).

The main driver for amenity WiFi will probably be competition between  establishments - you simply get more customers and they stay longer if you have it.  But in the end I think providing connectivity in your domain (be it your shop, your home or your business) will just become an accepted obligation, like providing air conditioning or toilets.

If you need high speed connectivity anyway for the business (and you do or will), adding a WiFi router doesn’t cost much more.