The Korean telecom leader’s new service is called AR Market, which gives mobile shoppers an online shopping experience that is more similar to browsing through a physical store. Shoppers can view 360-degree AR videos of different products on their smartphones and tablets.

“AR is a technology with a great potential that can be applied to various areas of service,” said Koh Yoon-Jeon, head of KT’s Future Business Development Unit. “Starting with AR Market, we will expand our businesses to include education, health and industrial workplaces, talking the lead in immersive media services based on AR as well as VR (virtual reality).”

NS Home Shopping, the country’s largest home shopping business for groceries, debuted AR Market on July 30 to run through the end of October. The company is also using AR Market for a summer “glamping” event through August, offering camping products for families, couples and friends through the innovative technology.

KT has accelerated its immersive media business since late last year. It launched two VRIGHT (http://VRIGHT.com) VR theme parks in Seoul this year in partnership with GS Retail Co., a major convenience store chain operator in South Korea. KT plans to franchise its VR entertainment business next year both at home and overseas. 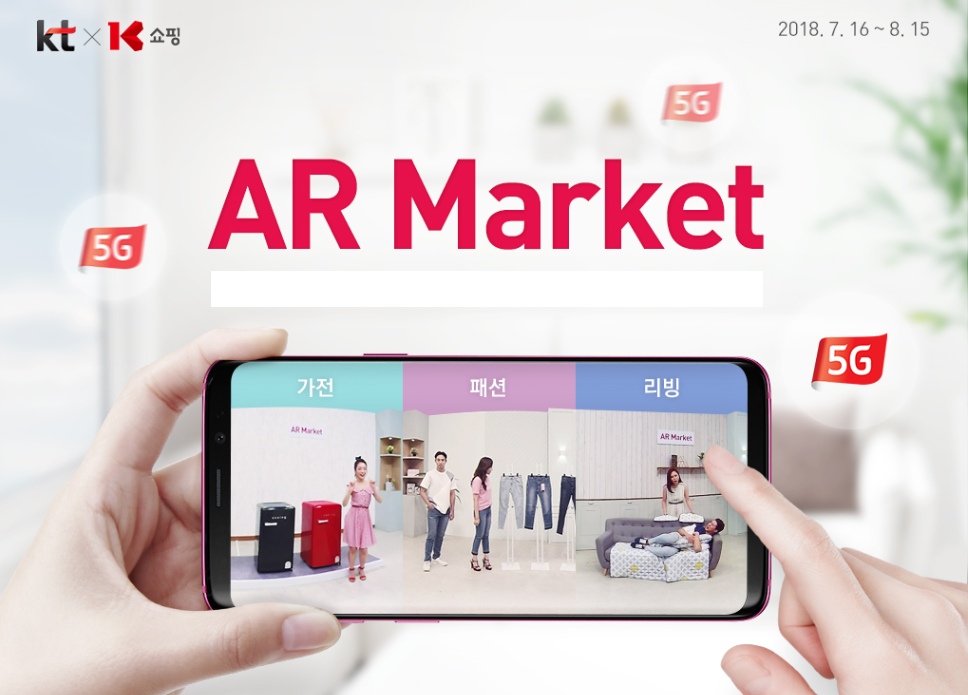