6 March, 2020: Ahead of International Women’s Day, Vodafone has announced #ChangeTheFace, a new industry-wide initiative calling on technology leaders to join and make a pledge to increase diversity and equality in the sector.

A global survey of 8,000 respondents, including 1,000 people from the UK, highlights the need for change across the industry*:

The #ChangeTheFace initiative aims to build a community of individuals and organisations who can be a force for positive change within the industry. Nokia and Ericsson are the first to join Vodafone in making their pledges. 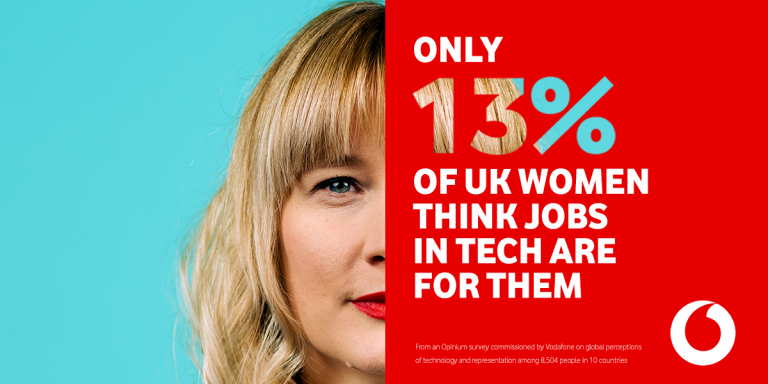 New research shows that only 13% of women in UK think jobs in technology are for people like them, with many describing it as young, white, middle class and male.

Nick Jeffery, CEO, Vodafone UK, said: “At Vodafone we are committed to being the best employer for women by 2025 and as part of this we are calling on the industry and suppliers that we work with to act now to bring more diversity to their organisations.

“By reducing stereotypes and encouraging everyone to think about the different faces of our organisations, we can really start to make progress.

“I’m proud to say that we now have a 50:50 gender-balanced UK board and will continue to prioritise inclusivity across every part of the business.”

By signing up at www.change-the-face.com, businesses can make their own pledge to address inequalities and eradicate bias and discrimination in the sector. Today’s launch will kick-start an ongoing programme of activity, including an inaugural industry-wide #ChangeTheFace Awards in 2021, to recognise champions of inclusion. 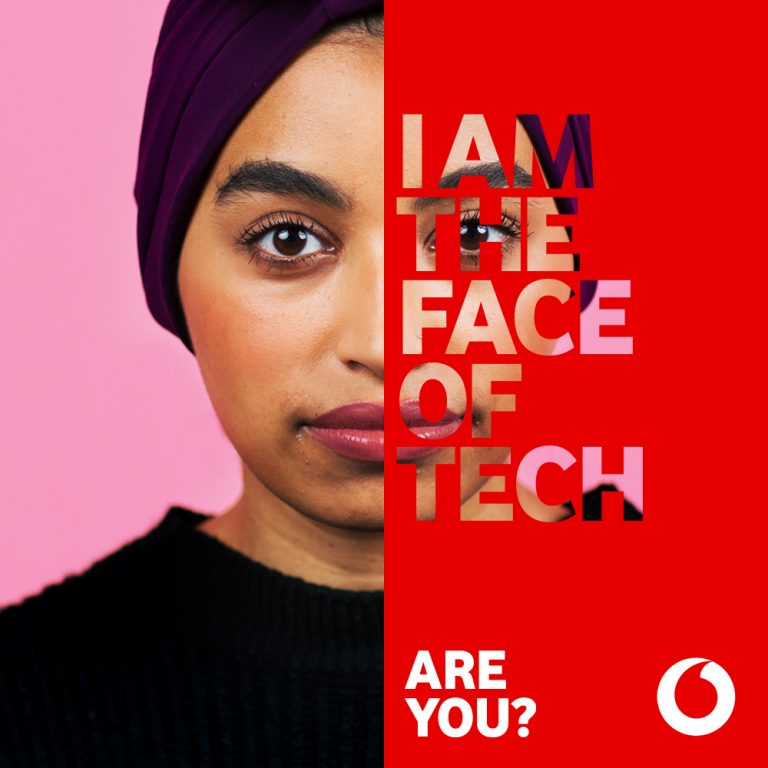 “#ChangeTheFace is Vodafone’s commitment to improving our diversity and inclusion at Vodafone,” said Nick Read, CEO of Vodafone Group Plc.

“We are urging the technology industry to act now so we build a digital future that reflects society and works for everyone.”

ChangeTheFace builds on Vodafone’s work to increase equality and inclusion for customers, colleagues, communities and co-partners over the last decade. This has been recognised in the UK through inclusion in The Times Top 50 Employers for Women list three years in a row and the winning of the Top Overall Employer award by workingmums.co.uk in 2019. Earlier this year Vodafone was also named one of the most inclusive employers in the UK by equality charity Stonewall in its Top 100 Employers list for 2020.

Further commitments launched today include a revised version of Vodafone’s Future Jobs Finder and several initiatives designed to boost diversity and inclusion in its supply chain. The updated Future Jobs Finder, an online tool which looks to help match people with digital jobs, aims to address the declining numbers of women entering technology roles and encourage broader audiences to explore careers in the sector***. Features include: 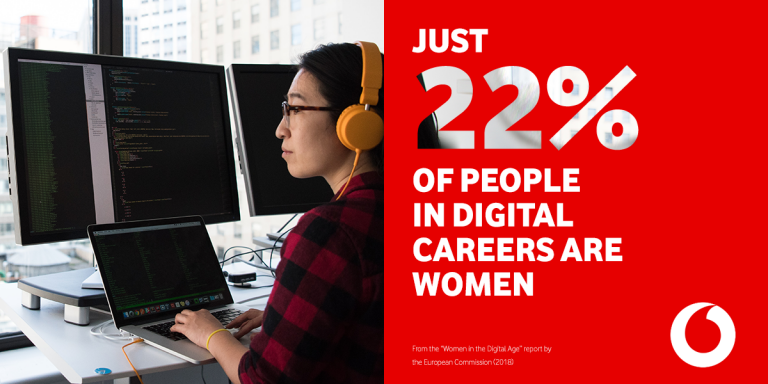 The campaign aims to encourage more women into digital careers

In addition, Vodafone aims to increase diversity and inclusion within its supply chain by:

Vodafone is committed to expanding its work with #ChangeTheFace to ensure that the technology industry represents society, and to create an inclusive digital future for everyone.

Towards the net-zero telco