UK adults sought solace in screens and streaming in 2020, spending a third of their waking hours watching TV and online video content, according to Ofcom’s annual study of the nation’s media habits.

With people across the UK under some form of lockdown restrictions for most of last year, more than 2,000 hours of it were spent watching TV and online video content. That’s a daily average of five hours and 40 minutes - 47 minutes more than in 2019.1

The change was mainly driven by people spending almost twice as much time watching subscription streaming services (one hour and 5 minutes per day) such as Netflix, Amazon Prime Video and Disney+.2 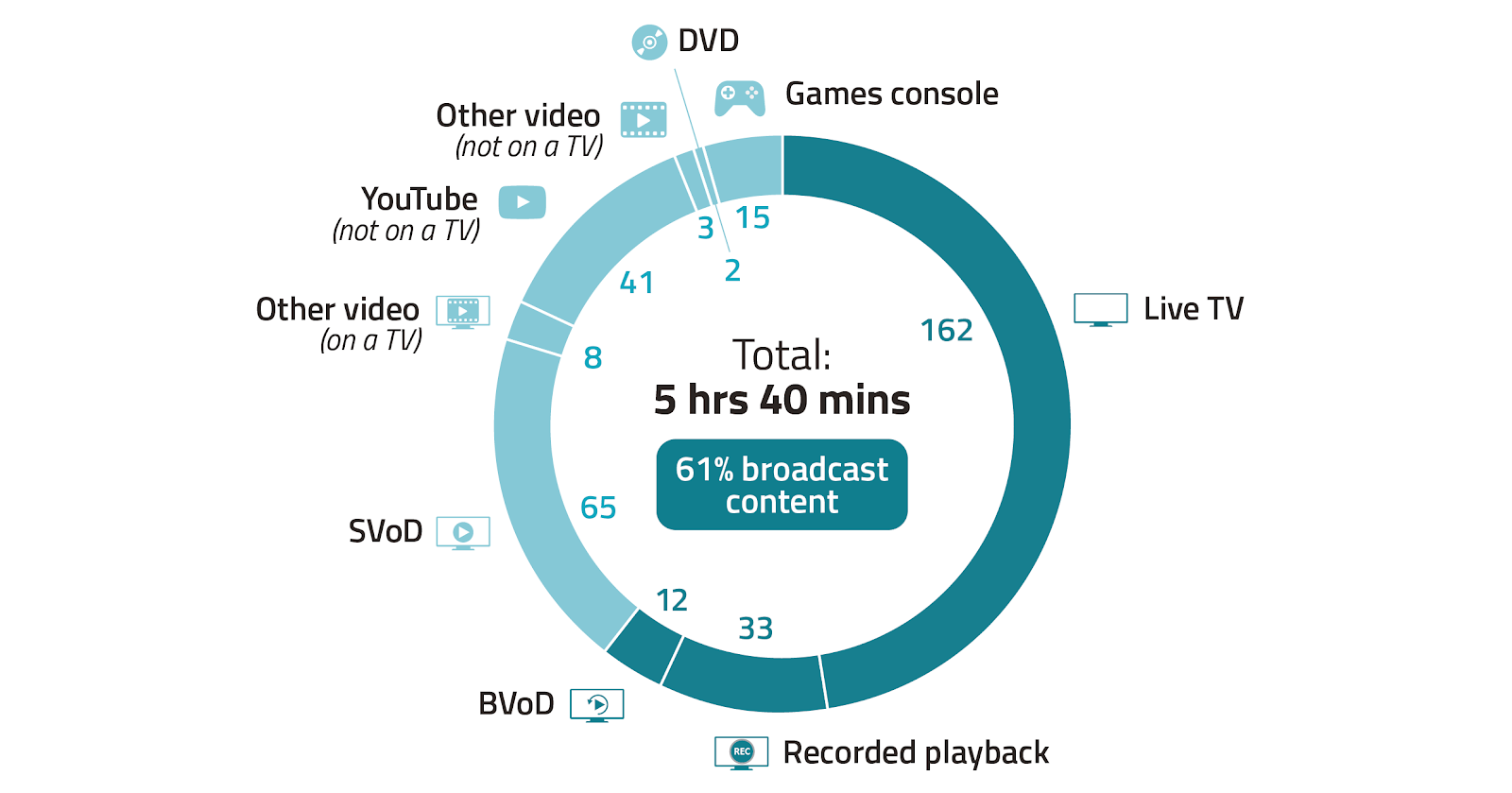 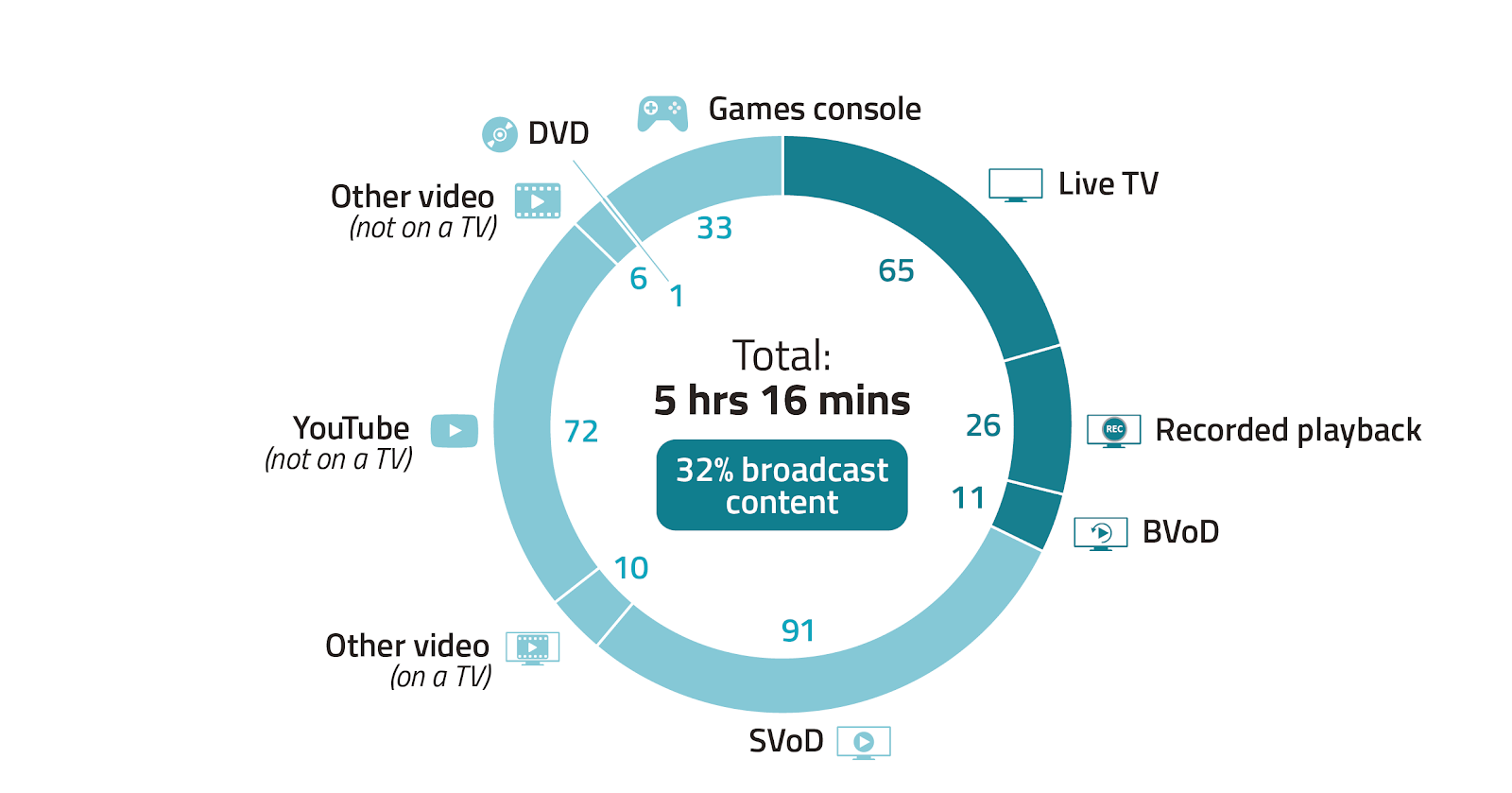 More than half of UK households (52%) have taken out a Netflix subscription – meaning its customer base exceeds that of pay-TV providers combined for the very first time (48%).3