Americans have only a few dollars more for video streaming services 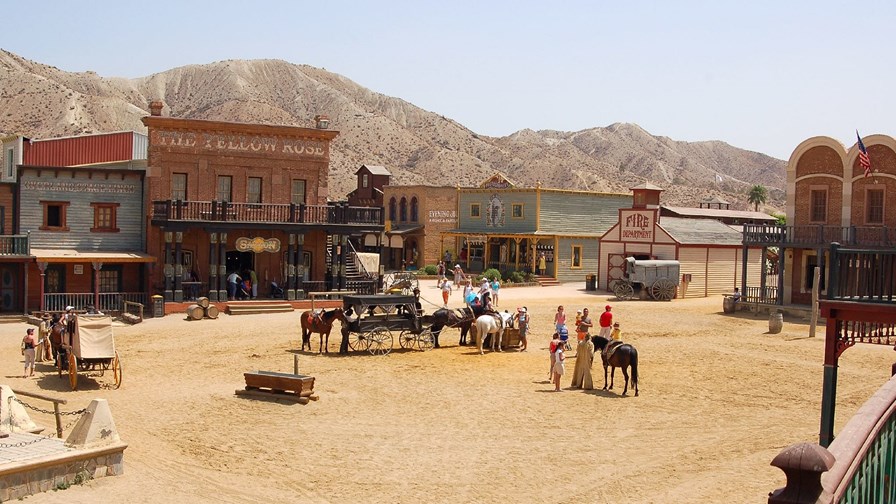 Americans have the willingness to spend more on video streaming, but that's only moderately good news for service providers, who still have a large degree of price sensitivity to deal with.

Consumers all over the world, and particularly in the US, are being bombarded with different options for video streaming services. Common sense says something has to give: wallets will only stretch so far and people will only sign up to so many services. However, a new analyst study shows that US streaming service users would be willing to add an average of 50% to their current monthly spend to gain access to more services.

The study, published by KPMG, comes in the wake of the latest major streaming service service launch, which once again raised questions over market overcrowding. Disney+ opened for business in the US, Canada and the Netherlands last week and signed up 10 million users in the first 24 hours, underscoring the entertainment giant's global brand strength and serving as a warning to competitors with a less broad appeal.

Disney+ costs US$6.99 per month, or slightly less if paid-for as an annual subscription, which is well within what KPMG's study suggests many Americans would be willing to add to their monthly entertainment bill.

According to the analyst firm, consumers currently pay an average of $22 per month for video streaming and would be open to adding an additional $11 to that sum. It cited figures from eMarketer, which predicts that 182.5 million people in the US, around 55 percent of the population, will watch content on subscription over-the-top services this year. A quick back-of the-envelope calculation shows that's a fair amount of potential additional revenue up for grabs. In excess of $24 billion per year, in fact.

However, although that $11 would pay for a new Disney subscription, for example, there are still a number of purchasing choices to be made in a market currently dominated by Amazon and Netflix, but with upstarts such as Apple, AT&T and Comcast, as well as Disney and others all working on new offerings and competing for wallet-share.

While Americans generally spend more on household entertainment, like cable TV and so on, than consumers in many other global markets, all these competing players still need to keep an eye on their prices.

"The fact that consumers are willing to pay 50 percent more, on average, provides a critical marker for providers as our study indicates a high degree of price sensitivity," said Michelle Wroan, KPMG National Media Sector Leader, in a statement.

Indeed, the firm's study covered 2,000 consumers across two age groups – 18-24 and 25-60 – and both ranked price as the most important consideration when purchasing a streaming service.

Just under 70% of respondents in the younger age group and 80% in the 25-60 bracket currently spend between $10 and $40 per month on streaming subscriptions. Most of those surveyed said they could pay up to $20 more for an additional streaming service, but there were also those who were unwilling to increase their monthly spend at all.

"Assuming the price is right, content remains a key differentiator, and that's why the major players have acquired content and lined up high-profile content production teams," Wroan said.

Well, quite, but with much of the high-profile content – be it new, specially-commissioned series or older TV shows and movies – spread across multiple platforms and services, we are probably looking at a change in the landscape in the coming years, with providers being forced to team up one way or another to give customers all the content they would like at a price that makes sense.

That $11 additional spend will only stretch so far. 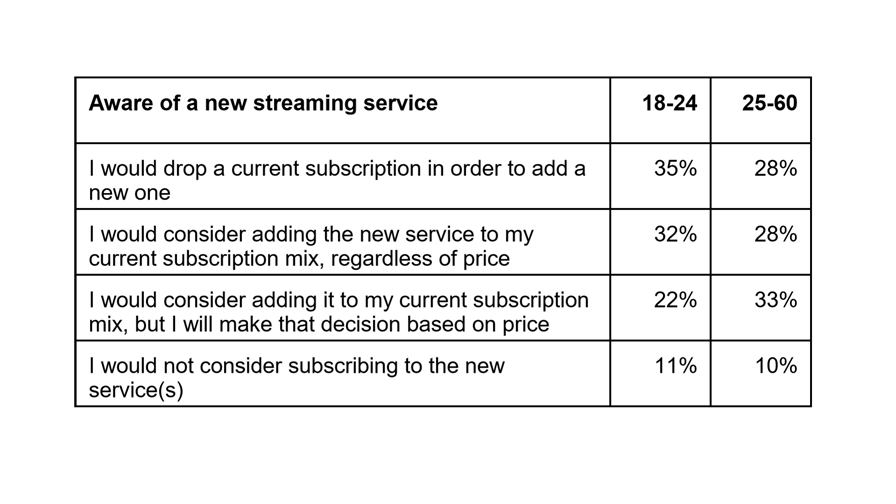