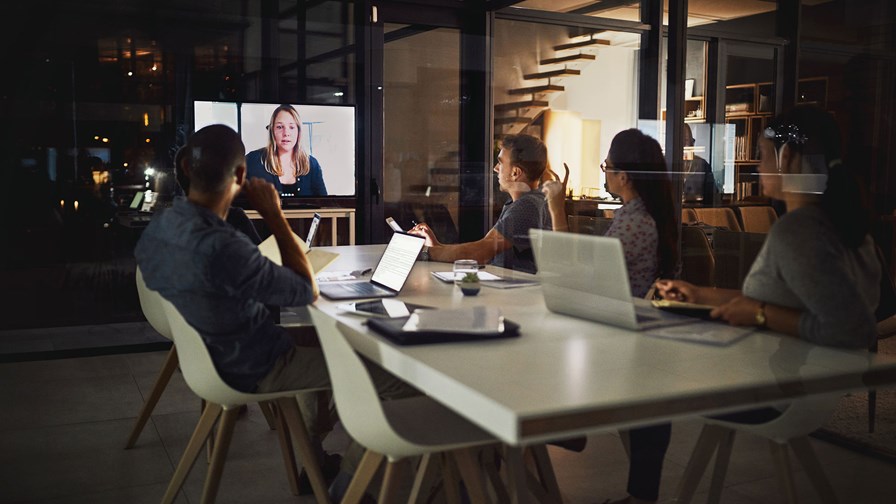 We’ve been using the ‘Slack’ online collaboration environment (it’s probably a bit more than a tool) here at TelecomTV for several years now, to the point where it’s difficult to remember what we did without it.

So it was no surprise to us to notice the arrival of Microsoft Teams, apparently formed to muscle in on Slack territory when Slack appeared to be taking all. Of course Microsoft Teams, and now Cisco with its enhanced Webex calling, is designed to appeal to the fuller enterprise figure with all its hierarchy, privacy, security and management requirements. With applications thus fleshed out both Microsoft and Cisco and its associates can go where the markedly less complex Slack presumably can’t.  At least not in its current state of development.

But the question is: why are telcos only playing in this cloud-based unified communications (UC) segment at the fringes (some have deals as partners and so on). BT, for instance, is poised to become a launch partner for direct routing for Microsoft teams, which is good news for BT of course, but...

This is a field which you might think of as  natural telco territory. Slack and Teams are essentially a 21st century follow-on to private corporate networks - they just add the fancy applications part on top. Why didn’t telcos as aspiring Digital Service providers develop this sort of capability in federation with each other years ago, instead of wasting their time and draining their credibility with the stagnant Rich Communication Services (RCS)?

This question should have some urgency now since aspiring  DSPs are staring down the barrel of 5G and thinking hard about applications that they could control between them, and which they could make appeal to ‘verticals’ over 5G connections. Advanced UC with its high definition video and high-speed file transfer requirements is surely a nice fit! Specific UC instances for vertical sectors could be made to measure and applied on a global basis via affiliated DSPs.

This is just the sort use case we’re hoping to surface at next week’s  DSP Leaders Forum,  (23-24 May, 2019 at Old Windsor, UK) brought to you by the team that produced the Great Telco Debate. This event will feature a series of CSP and vertical market-led debates, promising intense interaction and networking between a maximum of 120 of the industry’s most senior and knowledgeable executives. Needless to say it will NOT feature vendor-led sales pitches, death by PowerPoint, shell schemes or stale sandwiches.

So what does Cisco’s Webex Meetings and Microsoft Teams offer above the features on Slack?

Slack essentially offers team chats or one-on-one chats so different collaboration environments can be offered to different departments with the option to talk to individual members in other teams. Slack offers real-time file sharing and voice services between team members.  All these features are available without having to bring up apps, for say, voice calling. Graphics can be sent to a group conversation up to with their offerings? Slack is an easy to use and therefore easy to learn environment that requires very little in the way of training and, importantly, support.

The Cisco and Microsoft offer add extras and security. Both offer file sharing and editing along with digital whiteboarding. File-sharing is on offer from integrated storage options. Both have Bots for meeting assistance and planning. Both have VoIP calling (although Slack also has ad hoc calling between members) And meetings and calendars are available from both.

In terms of what each specialise in: Cisco has built its offerings around Webex meetings and, as its name suggests, that means a host of video conferencing features are on tap.

Microsoft has also added bells and whistles to make conferencing ‘professional’. You can invoke a sort of ‘green screen’  background if you feel the need, or you can background blur so that meeting attendees aren’t distracted by background movement.  There’s a calendar app and meeting recording along with all the bells and whistles - only drawback must be the inevitable steeper learning curve with all this feature richness. In comparison with Slack, that is.

The overall point is that all these features could readily be understood and incorporated by telcos in a federated cloud service, many of whom have accumulated years of experience with video conferencing.

Is this a potential 5G application?