Paris, France, April 11, 2018: The Intelligent network is set to play an important role as we progress toward an intelligent society, according to Jeffrey Gao, President of Huawei's Router & Carrier Ethernet Product line, who was addressing over 200 industry professionals from major carriers, analysis firms, and Huawei partners, at the 8th Huawei IP Gala, which was being held at the MPLS + SDN + NFV World Congress 2018, in Paris.

With carriers face significant uncertainty as to future services and business models, Gao said the Intelligent network has become a pressing need:

“Going forward, IP network must move from traditional network-centric architecture to user-centric intent-driven networks in order to create the most value for carriers." 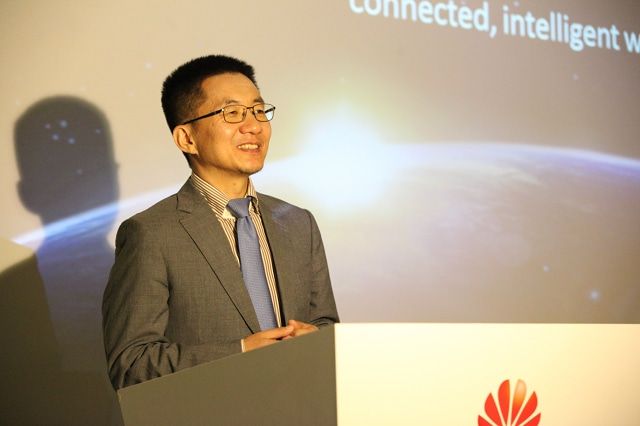 Intelligence will be a key feature of future IP networks, as it is the only way to deal with uncertainty in business models. In an IP network context, intelligence refers to network visualization — awareness of the status of network resources, including bandwidth, network health, alarms, and performance data; service agility — accelerating the process of provisioning services from weeks to a matter of minutes; and O&M intelligence — introducing technologies and tools such as AI and Big Data analytics to provide predictive analysis and other intelligent functions.

Intelligence stems from simplicity, and simplicity accelerates the process of network intelligence. Simplifying an IP network involves making its architecture less complex, converging network nodes, and unified protocols. The simplified architecture proposed by Huawei reduces five network layers to three layers, which lowers network latency and improves service experience. Network nodes will be converged by drawing on the multi-domain system (MDS) and integrating the functions of the P and PE into a single node. Multiple networks can then be converged into a single network that carries various types of services, such as mobile broadband, fixed broadband, and enterprise private line. Finally, network protocols will gradually be unified by Segment Routing (SR) and Ethernet Virtual Private Network (EVPN), enabling E2E automated network provisioning and path optimization.

Ultra-broadband is the cornerstone of the intelligent and simplified IP network. Technological innovations in chips, optical components, and high-speed network devices add momentum to the transformation of IP networks to intent-driven networks. Huawei leads the industry in innovation in the ultra-broadband field. Its homegrown Solar 5.0 chip is the industry's first 1T forwarding chip based on 16 nm technology. In the optical component field, Huawei has developed 50GE, 200GE, and 400GE interfaces that draw on cost-effective PAM4 coding to improve transmission efficiency by 100%. In addition, Huawei has released the industry's first 4T line cards, 400GE ports, and 5G router with 50GE interfaces, which accommodate the bandwidth demands of the 5G era.

Huawei is actively promoting the construction of an open and cooperative IP industry ecosystem and has set the trend for the growth of the FlexE and 50GE industries. Moreover, Huawei has comprehensive Netconf/Yang capabilities. Open interfaces are provided for third parties based on the model-driven YANG framework, and the integration of multiple YANG models is also supported. Regarding security, a fundamental aspect that must be ensured for network intelligence, IPSec and MACSec will guarantee carrier-class network security, and Anti-DDoS will help carriers build proactive protection systems.

Jeffrey Gao further emphasized, "The future is full of uncertainties. Only by proactively embracing changes can we grasp opportunities. The IP network, the cornerstone of the ICT industry, will become a convergence point for various innovative services, and Intent-Driven Network will help carriers make the most of future service innovations. Huawei is delighted to work with global carriers to bring in the 5G era and intent-driven networks."