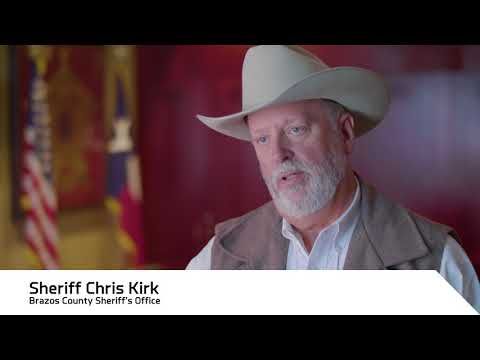 The FirstNet public-private partnership is about to turn 1. And we’ve been hard at work delivering innovation for first responders. That’s leading to more competition for the public safety community. So far, more than 350 agencies across more than 40 states and territories are already taking advantage of FirstNet services.

FirstNet is the country’s first and only nationwide public safety communications platform dedicated to first responders. Built with AT&T*, in public-private partnership with the First Responder Network Authority, FirstNet is bringing public safety a reliable and always-on way to connect to the tools they need to help achieve their missions.

“We’ve been working hard to build something great for first responders,” said Chris Sambar, senior vice president, AT&T-FirstNet. “While we have made strong progress, we still have work to do to create the specialized experience that public safety is looking for. To already see this kind of momentum from the public safety community is encouraging, especially since first responders in many states have only recently been able to sign up for service. With FirstNet, first responders finally have a better option than that offered by the incumbent or other commercial providers.”

Why first responders are signing up

The agencies using FirstNet make up nearly 30,000 connections on the network. These connections range from smartphones to in-vehicle modems and more.

Each connection helps first responders operate more efficiently and effectively. From crisis situations like a standoff with an armed suspect to supporting citizen safety during large events, first responders see a difference with FirstNet.

[We’re just under a year into building out FirstNet, and the platform is already giving first responders access to critical capabilities they’ve long demanded. These include unthrottled domestic data speeds as well as access to priority and preemption. And these capabilities will be even better when we launch First Priority™ later this month. Why does this matter?

Because we can’t predict when or where emergencies are going to happen. So we need to make sure our first responders have all the tools possible to communicate when the community is most at risk. These tools must be there when they are needed – for every FirstNet subscriber.

“FirstNet is unprecedented. We’re not aware of any other wireless communications platform that has enabled priority and preemption capabilities nationally to first responders without downtime to turn them on,” Sambar said. “When lives are on the line, you don’t have time to wait for access.”

We will continue to enhance first responders’ priority and preemption services, giving them different levels of priority that they can control in near real time to help them stay safe and save lives.

Additional coverage first responders are getting

[The First Responder Network Authority issued the official green light via a task order to begin the Band 14 build.

Band 14 is nationwide, high-quality spectrum set aside by the government specifically for FirstNet. Only FirstNet subscribers get dedicated priority access to and preemption on Band 14 – no other wireless provider can do this.

We’ll cover 95% or more of the U.S. population with Band 14. This will bring first responders access to even more coverage and capacity to help them support emergencies and day-to-day operations across the country – in rural and urban areas. This is important as FirstNet will help to address rural coverage gaps, giving first responders greater access to the connectivity they need.

[Over the next 5 years, we’ll be putting Band 14 on tens of thousands of new and existing sites nationwide. We haven’t wasted any time in getting started. [We plan to touch about a third of our cell sites this year alone.

And we’ve been working with the device community to ensure this important band is included in new offerings, from popular mobile devices like the Samsung Galaxy S9/S9+ to specialty devices like the Sonim XP8 and XP5s.

Innovation first responders can expect next

[We’re on schedule and only weeks away from launching the nationwide, dedicated evolved packet network core specifically for FirstNet. This is another breakthrough for first responders.

Bringing the core to life has been a priority since March 2017. And we’ve put hundreds of millions of dollars behind its build. Creating a separate network core for first responders isn’t quick, easy or cheap. But it’s necessary.

FirstNet’s dedicated core will give first responders the highly secure environment they require. And it will be the foundation for greater innovation and more advanced functionality. Here’s a deeper look.

The FirstNet core will connect into the state radio access networks we are building. This will create seamless interoperability from state to state. And it will give all FirstNet subscribers the same access to FirstNet’s capabilities as they are deployed.

When you’re dealing with public safety’s sensitive, vital information, you need a core that can stand up to rigorous technical and public safety oversight. Once completed, the FirstNet core will undergo extensive, exhaustive testing with the First Responder Network Authority.

This testing will ensure the core’s security and performance meet the high standards needed to serve public safety. Otherwise, how can you be sure that it’ll be tough enough to deliver when public safety needs it most?