The Great Telco Debate: how can we tap the ‘next big things’? 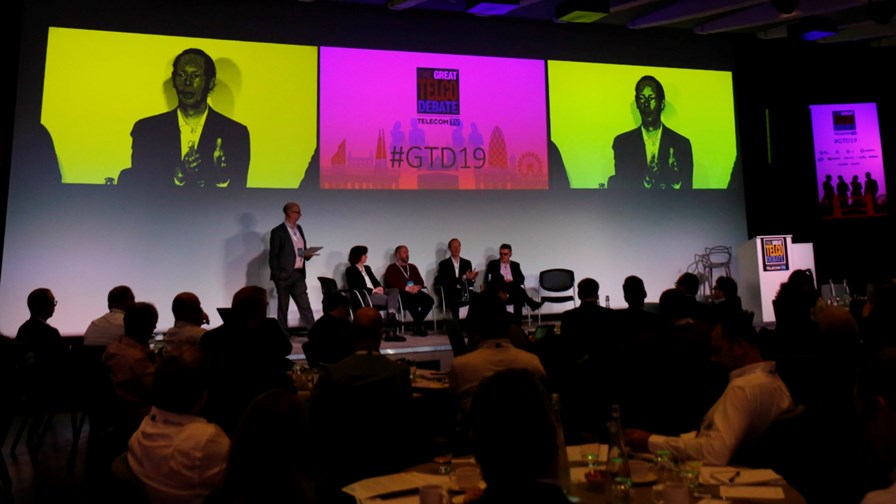 It’s hard to ignore the fact that telecoms often has a problem with the ‘next big thing’...  whatever that might be.

Currently, as we slide from the twenty teens and into the 2020s, there are a clutch of ‘next big things’ that we, as an industry, are grappling with. We’re trying to work out when and where they will benefit the industry and what might be done to make sure we can create beneficial ecosystems and interconnections that really pay off.

So in our most recent two events - The Cloud Native Telco and the Great Telco Debate, both staged this week - there was a lot of opinion and information shared on Cloud Native and if/how quickly CSPs should adopt it; the edge was also in the spotlight and with it, of course, 5G. Does the edge actually need 5G or should that be the other way around?

These three big things are all aspects of an overriding and shared desire to emerge from the current period of major technology change with a new and improved set of business models.

While there was much optimism in the air it was underlaid, as always, with some genuine anxiety about how easy the ‘next big things’ will be to bag.

The fact is that the industry has a tendency to get ‘things’ wrong. Sometimes completely - such as with RCS or WAP or mobile TV’s early attempts with 3G. And sometimes by picking the wrong approach for big strategic things, such as NFV and cloud data centres. Sometimes it exhibits a sort of technical narrow-mindedness such as (sorry, going back a bit here but many of us do) its refusal to countenance gigabit Ethernet and fostering ATM instead. The list goes on...

So as well as being optimistic about the technologies and opportunities currently emerging, we also spent a lot of time this week identifying how and why we have a tendency to get those things wrong and, by extension, whether we might make the same or similar mistakes again.

Obviously no silver bullets were identified, but I thought a number of interesting points emerged over the two days.

Why is it that our Messiahs so often turn out to be very naughty boys?

Once the industry falls in love it tends to over-imagine (or just downright distort) the impact of the love interest. Take NFV and the apparent race to 5G.

Everyone at most levels in the industry knows that ’5G’ as it is usually characterised (low latency, network sliced and with vertical industry adoption) won’t be happening for years yet, even (and sometimes especially) when CSPs in some countries claim to have breasted the finishing tape already.

All this hype-mongering just makes it harder for customers, the public and ourselves to find the trust and optimism to support the next cycle with gusto.

So why is telecom so prone to this technological over-excitement? One suggestion was that managers tend to look up the line for cues, so that once the senior guy(s)/girl(s) express enthusiasm for a ‘thing’ and pronounce it a ‘direction’ “everyone piles in”.

“They all tend to get in the way because they don’t all know what they’re talking about.” But in doing so they’ve established a group-think that becomes difficult to shift and a momentum that leads inevitably to hype.

‘Transformation’ or whatever you like to call it was also a discussion piece. We know the ‘thing’ capabilities are out there but we’re not sure yet how they can be presented to customers. And customers don’t know what they want, so...  there’s a downward spiral there.

Getting to grips with the human resource problem is compounded by telco technical teams (who should be coming up with some of the customer-facing innovation) always being under pressure just to keep the lights on.

But that leads to an observation that the talent required for the new cloudified/digital telco world, is in short supply and most of it wants to work for the Googles and Amazons, not the boring old grey-bearded telcos (must get my beard seen to).

But then, several voices were adamant. It’s not about technology differences really. It’s not that technology change represents some sort of unbridgeable discontinuity. Rather, the problem of telcos fitting into the new environment and making best use of it is about what several people agreed was “People and Processes”. These have to be changed before the square peg of new technologies can be ground into the round hole of telco culture. That could take a lot of work.

We will be rolling out video from The Great Telco Debate over the next few weeks so stay tuned. There are jokes.

How telcos can get a return on their 5G investments

The strategic imperative of telco automation