Google buys drone developer, promises to do good with them 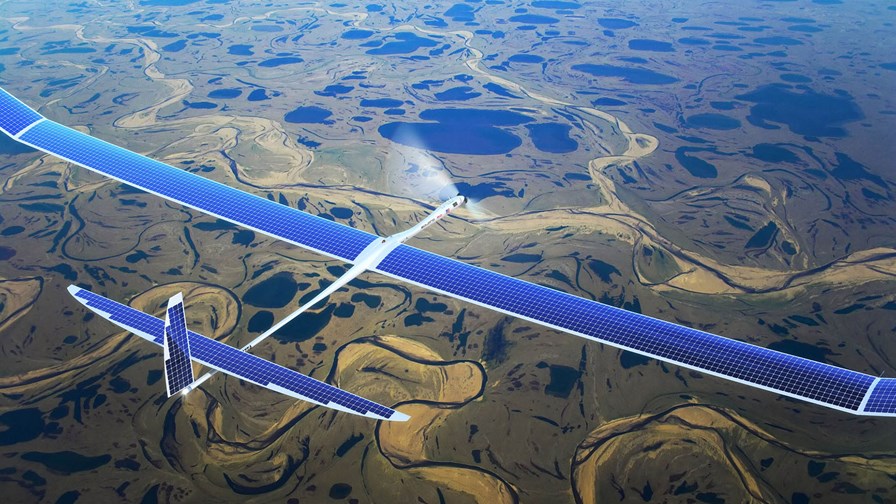 Google has bought a specialist in high altitude, solar-powered drones. Titan Aerospace has just become part of the Google family for an undisclosed sum. Such drones could aid Google in its global map-making and perform a range of other roles. They can apparently stay aloft for years at a time. Everybody is very excited.

The first reaction to this drones caper is to snort… derisively. After all we remember the Google balloons story.

It all seems so unlikely. One immediately imagines Google operational staff with radio controllers staring into the sky and twiddling their control paddles to make the drones loop over the coverage spot.  Not too far away a cluster of Facebook drones are similarly occupied [the fantasy might continue].

But what’s this? Can that be a Facebook drone diving down out of the sun?  It’s not like the other Facebook craft. It looks distinctly military. There is insignia on the wings featuring a large F.  Facebook, perhaps?  But no. The next 3 more letters followed by an “off” certainly don’t spell Facebook. And the large insignia on the fuselage featuring a fierce-looking ginger-haired youth, leaves little doubt.

This is a Facebook fighter come to exact revenge. A small burst of machine gun fire is all it takes to blow one of the Google drones to pieces. I take cover as the dogfight continues overhead….

Loads of fun, but the more you think about it…  military developments are often a precursor for ‘civil’ uses. The WW1 biplanes started military life almost exactly 100 years ago as a reconnaissance aircraft photographing the battlefield in France (as  did the modern drone more recently in Afghanistan).

Both very soon became offensive weapons. Once WW1 was over, aeroplanes became civil assets again. The likelihood is that the drone - like the jet engine, nuclear power, plastic surgery, the list is practically endless - having had its development turbo-charged by the necessities (and large budgets) of war can be re-applied very productively to civil use.

Google itself has mentioned applications such as disaster relief and connecting the last billion users to the Internet as target use cases. Closer to home one can think of another few compelling missions.

Imagine a squadron or two of always-circling, solar-charged, flying base stations scheduled to relieve broadband congestion at known events - sports meets, WW1 air shows, music festivals and so on.  Unscheduled minor calamities or unexpected outages could also be band-aided by the ‘drone phone’.

Large traffic jams, for instance, can bring cell systems to their knees: a squadron of drones could be despatched ‘Battle of Britain-style’ as soon as soon as the authorities detected queues building up. I think we're going to hear a lot more droning.