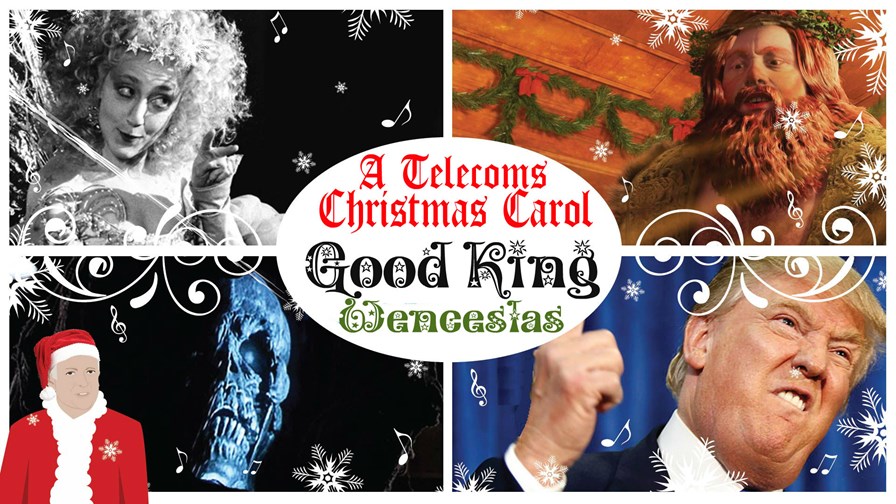 The feast of Stevens

’The words to the carol "Good King Wenceslas" were written by John Mason Neale and published in 1853, the music originates in Finland 300 years earlier.  By happy chance our updated carol is also set mostly in Finland from which snow-bound position Nokia once dominated the global cellular handset business, packing the stockings of all the good (and bad)  boys and girls the world over until… far away in sunny California Steve #1  (there could have been a Steve #2, but Wozniak had made his escape years earlier) came up with the iPhone. Subsequently, two other Stevens or Stephens (#3 Ballmer and #4 Elop) grasped an opportunity... or so they thought.

This is their story.  If you’re a Steve (or a Steve sympathiser) look away…. now!

All its value drained away,

Now it’s getting even

With Windows smashed  and iPhone flat

They’ll be back on top again,

When Steven Ballmer asked he heard,

“What we need’s more mobile”

He jumped on stage and ran about

Until he wasn’t able

He grasped the microphone and swooned:

But what I need is a buffoon

To message other countries."

"Hither, page, and stand by me

If thou know'st it, telling

Yonder peasant, who is he?

Where and what his dwelling?"

Stick him on a plane and see ..

If he can find a par-aart-ner

So Stevie Elop went up North

as far as he was able

He dined and supped in Helsinki

Then he banged the table…

He promised all and sundry

Then he headed south again

[time passed, many maneouvres and stitch-ups were executed but then it all fell apart, Microsoft bought and then

practically dissolved Nokia’s smartphone business.. the rest as they say, is history].

He couldn’t and we’d noticed…

But with business failure all the rage….(pregnant pause)