Is it time to end the Generation Game? 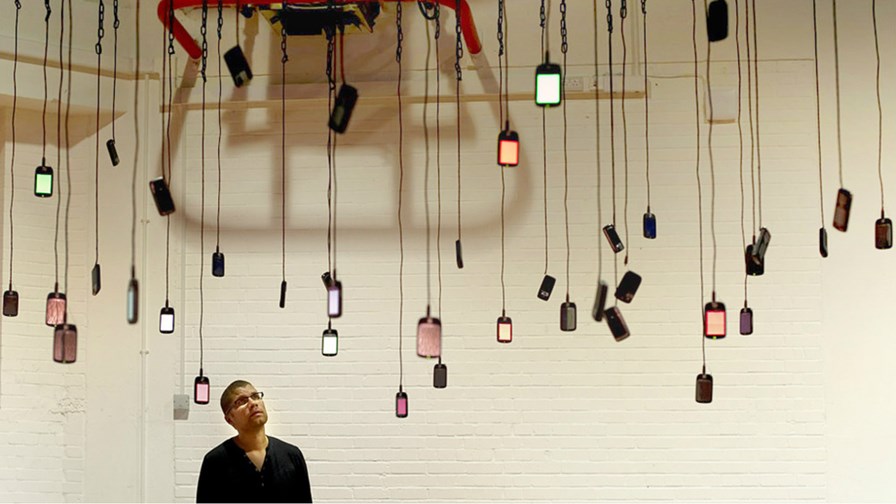 I’m talking about the ‘G’s. The 3G, 4G and soon (apparently) 5G through which users have been taught to mark their mobile progress. Obviously we all know that to pull out a 2G phone when everybody else has proudly tabled their 3G and 4G phones, is to invite social death... well derision at least.

But in fact in today’s ‘heterogeneous’ network ‘environment’ (see how the words get more abstract when difficult facts have to be avoided)  all the phones on the table are possibly running not 4G services, not even 3G, but in my area of the UK at least, 2G services (at least some of the time).

That’s right. As I pointed out yesterday ( see How many phones and tablets does a market-need?) my iPhone barely gets a whiff of 3G  unless I find myself out in the middle of nowhere with the skylarks twilling and the tall grass rustling and then, and only then, I may catch sight of that rarest of creatures - the 3G notifier at the top of my screen where normally I find Edge and GPRS. Even the 4G phone that one of our party might have laid down on the table will be using 2G switched voice, since the packet voice designed to run across LTE (VoLTE) may not be applied for years yet. Take a telephone call and you’re back on 2/3G.

The fact is that there are no clean-cut generations pertaining to mobile communications and, I would argue, there haven’t really been any since the switch to 2G digital back in the 1990s.

What we have now are lots of generationally overlapping radio technologies with the phone and the network being smart enough to work out between them which could or should be used in any particular circumstance.

But still the industry persists in pushing the mobile phone ‘generation game ’ because it’s convinced that some people at least will rush out and buy the latest thing just to have the right label on their phone and in the hope - when it comes to the latest LTE technology - of at least sometimes having access to multi megabit upload and download speeds. The reality, therefore, will always turn out worse than the promise since services will serve up a mixture of network technologies and therefore deliver an average speed rather than one that relates to the headline speed of the newest technology.

Take the US LTE experience. There, the high mobile data speeds enjoyed by the early adopters (when  the network was empty) soon gave way to speeds that were actually lower on average than those experienced in much of Europe where HSPA and HSPA+ are widely deployed.

Of course it does. The sorts of misrepresentation advanced by the Generation Game is what has given mobile operators such a bad name.

OK  then, does it work - at least in terms of getting people to buy new phones?

Not sure. It must have worked in the past when 3G was introduced, but there are some signs that it doesn’t work any more. We are now seeing LTE being rolled out in the UK, for instance, and in most cases operators haven’t really been feeling enough love to charge it at a premium. Rather, the hope amongst users is that having some extra capacity in the network might just help them catch up to the speeds originally advertised for 3G.

And this appears to be borne out by the figures released yesterday by CCS Insight  (see How many phones and tablets does a market-need?)

The problem is that the ‘G’ cycle is starting up all over again. Now, with LTE barely out of the traps, the industry is starting a PR offensive over 5G, if only we knew what 5G was - the framework for the new technologies hasn’t even been decided yet, much less developed, but that hasn’t stopped technology companies such as Ericsson, Huawei and ZTE putting down markers for their R&D effort and claiming high speeds in the lab for their respective technologies.

It’s deja vu all over again

But not everyone agrees that the ‘G’ cycle is a bad thing. My colleague, Guy Daniels, thinks the Gs are necessary to give the industry a focus and he obviously speaks for many on this.

“It's like setting a race every ten years between vendors - everyone gets excited. Yes it's marketing and it creates artificial excitement and interest, but I think the industry needs it,” says Daniels. “And I don't believe the idea that consumers don't care whether they are on 2G, 3G, WiFi or whatever - they do, because each service has different abilities and is priced differently. I agree that the word 'generation' is misleading as the technology has become iterative now, but what about in terms of services or the ability to support services?”

There is clearly an opportunity for operators to use the faster and higher performance network capabilities  (such as LTE) to offer explict Quality of Service and Quality of Experience to business customers, say, who are prepared to pay extra for the privilege.

But beyond that, the reality of the network as it is iterating for the majority of its users, is that there is no ability to present the new dependent services  - as discussed, the network services will increasingly overlap with users being moved from one network (carrier WiFi, say) to another (LTE). That means you can’t tie services to particular technologies and try to sell the technology on that basis.

So what’s the solution?

I think there IS a narrative that can be developed around the new heterogeneous network and its attached devices that will make people excited to buy - when they do.

First here are some of the many reasons the old Generation Game just won’t work any more.

For these reasons the marketing of ‘G’, says  Caroline Gabriel, Research Director at UK-based Rethink Technology Research, “is just not related to reality.”

Caroline thinks that, rather than competing from vertical technology silos (which is another facet of the Generation Game) mobile operators need urgently to rethink the entire industry structure, with the development of network-owning wholesale carriers selling capacity to wide range of service providers. It will be the skill of the service provider to buy the right wholesale capacity at the right price, possibly by applying advanced techniques of network selection such as those employed by Devicescape, which ‘curates’ network connections, choosing the best and best value connection for its users in any paticular circumstance.,

Caroline thinks this sort of model is not only desirable but necessary for mobile operator survival and it’s the one she expects to emerge. In evidence she has just completed a  report: Towards the hyper-dense network – the shape of the HetNet 2013-2019, This charts how “operators will be deploying combinations of many approaches on their cell sites,” as they prepare to meet the daunting capacity and data rate challenges they can see looming to 2020.

She sees an already “significant shift in operator budgets towards new HetNet platforms, driven by advanced software, virtualization and new access points.”  The heterogeniety intensifies over time as “operators' response to the capacity challenge is to adopt two layers (at least) of cells, macro for coverage and true mobility, and small cell for capacity and indoor services. A third layer may evolve at the end of the decade for the internet of things (IoT).”

The picture laid out in the Maravedis-Rethink report is not one that supports any sort of ‘Generation Game’. Quite the opposite, it presents a picture of a highly optimised overlapping set sof radio technologies, driven increasingly by software (both within the network as SDN/ NFV and at the very edge on increasingly capable smartphones and tablets (using clients to help select network types, for instance).

Which is fine, but how do you put this into a narrative for buying a phone to take advantage of it as compelling as…  “buy the new 5G iPhone giving you ‘up to’ 1 gigabit data access (or whatever it will turn out to be)?

You probably stress the ‘range’ of air interfaces each smartphone can support. Each air interface collection/requirement can have its own name to brand it and give it credence and, since the stress has now moved to the softare client and away from the hardware, one imagines that operators will be fielding different brands of Devicescape-like clients and database applications   in the network - “99.9 percent of connections at above 750MB/s - guarranteed.” is the slogan that would attract me.

In the end, though, it’s unlikely that there will be a choice of marketing approaches anyway.  Says Caroline Gabriel: “I can’t see any operator on the planet being able to justify a new ‘G’ roll-out from here on,” she says. “The cost of doing business, of customer acquisition, of spectrum, of supporting their retail operations, is just horiffic. [HetNet] is the only way to deliver the capacity needed, anything else is a red herring.“