How can Telcos attract top talent? a little chat with Cloudfare’s Matthew Prince might help 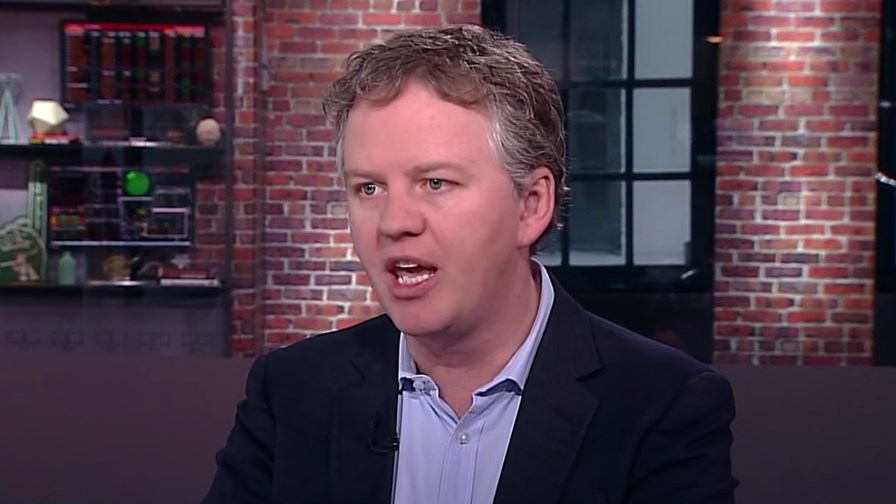 On April Fool’s Day (April 1st) Cloudfare - a big US networking company that provides content delivery, DDoS mitigation, Internet security services and much more - launched a domain name server (DNS). In case you only sort of know, the DNS is the crucial chunk of compute power on the network that layers the World Wide Web on top of the internet. You click a domain name from your browser - obviously TelecomTV.com - and the browser holds a brief conversation with your designated DNS, which then returns the IP address registered with the domain name and off you go, downloading the first page on the TelecomTV web site. Simple. That’s the World Wide Web in a nutshell.

The only thing a DNS needs to be is fast, accurate and always available. Oh, and for some people, perhaps most people, private and secure. Except they aren’t. The DNS can provide whoever is providing it with a comprehensive history of your ‘click stream’ and then, before you know it, you’re voting for Trump.

So the notable thing about Cloudfare’s April Fool’s non-joke was, first, the DNS address memorability. Nobody memorises their DNS address, but Cloudfare has made it easy to remember theirs by getting hold of 1.1.1.1. And that’s not all. Cloudfare’s DNS service is completely free, and there is - allegedly - no hidden catch.  No clever monetization scheme waiting in the wings.

According to Cloudfare CEO Matthew Prince, Cloudfare has long regarded any personal data crossing its network as ‘toxic’ and its mission is to get it on to wherever it’s going as quickly as possible, leaving no trace. Interesting concept, but  those watching Zuckerberg squirming in front of the gruff old geriatrics at the congressional hearing, might suddenly begin to see its sense.

Prince is adamant that everyone’s clickstream is safe with him (he’s having his logs audited) and there will be no charge either. Which raises the obvious question... er why go to all the expense of providing a service from which you’ve pledged yourself unable to benefit?

Prince sees Cloudfare’s overall mission as being the polar the opposite of Google’s. Where Google gathers data Cloudfare strains to keep it private.  He says data privacy in the US is on a downhill slope. The Facebook debacle obviously, but his 1.1.1.1 plan was hatched well before that emerged. His concern is that  more and more ISPs have become media companies and will be able to use their DNS data to target advertising. If all consumers use 1.1.1.1 or another ‘ethical’ DNS, that will scotch that little scheme.

In other words he wants to profile his company and its researchers as being in the vanguard of data privacy, rather than in the rearguard fending off court action and user hatred.

And he says, that’s the payback.

Prince wants Cloudfare to be the place that top developers choose to inhabit.  It’s easy to underestimate the importance of this. If the network/communications business has a raw input it’s developer talent - software developers are fed in on one side, code and services emerge from the other.

Competent to very good developer talent is obviously welcome, but the very best talent will take you to the top; will make that small skill difference to make all the difference to your company fortunes. Think Christiano Ronaldo and Real Madrid (sorry Americans, a footballer who earns hundreds of millions for kicking goals). Ronaldo is worth it to Real Madrid because his extraordinary skill and experience makes the difference between winning and coming second.

The software business is not that different.

So where does this landscape leave telcos as they transition from boxes to virtual boxes and software, from 4G to 5G and especially where they’ve been tasked to fill the role of national digital champion (in many cases). Like Cloudfare, Facebook, Google and the rest, telcos too will be in the highly competitive market for, not just an army of software-savvy staffers, but also an upper-crust of Christiano Ronaldos.  That’s if they really want to compete, as they say they do, with the over-the-top Googles, Amazons and, yes, Facebooks

So what's their scorecard? Not in a very good place. If top developers are turning up their noses at Facebook (and there is already anecdotal evidence that they are) because of its privacy violations, they’re hardly likely to swarm to telcos who want to play on the same information gathering field. And they are hardly likely to feel warm and fuzzy toward telcos who have helped engineer the demise of net neutrality and seem intent on setting their boffins to work on wheezes to exploit its absence either.

Yes, telcos have a problem, although it is a widely recognised one.

Speaking to TelecomTV  at the Facebook-backed TIP (telecom infra project) Summit in November 2017, Axel Clauberg, Chairman of TIP, and VP of Technology Innovation at Deutsche Telekom, told us that “telcos aren’t in a comfortable situation.”

“We’re experiencing exponential traffic growth so our production costs are growing and our ARPU at the same time is flat, or in some markets it has even declined.  We need more radical approaches to achieve capital efficiency - in fact we need exponential innovation to master that exponential traffic rise challenge.”

But to drive innovation you need talent, says Clauberg, and the challenge telcos are facing is that they’re not attractive enough to win it as it pours out of the universities.

“Back in the 80s and early 90s the telcos were attractive, then in the late 90s the equipment vendors became attractive,“ he says, but some time in the 2000s everything changed.  “They all want to go and work with the big internet companies and it’s a real problem. We’re not attractive enough for them.

Maybe a little talk with Cloudfare’s Matthew Prince would help.