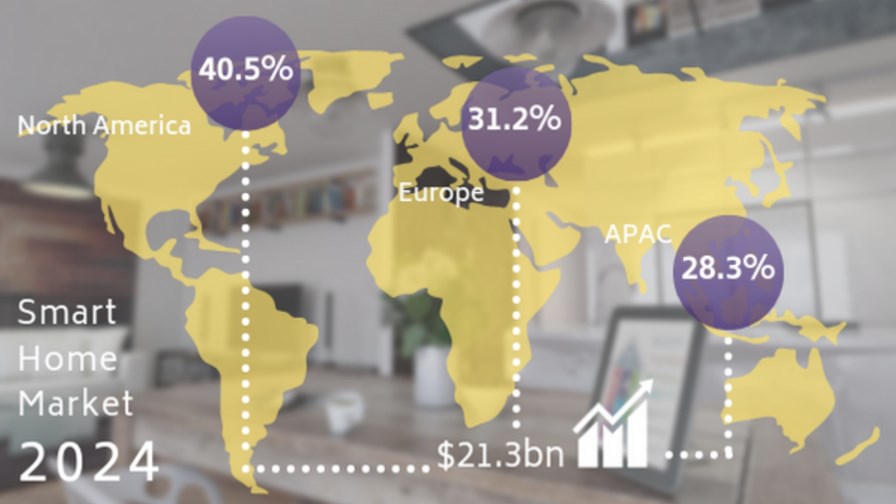 Bad news for telcos. According to Rethink Technology Research the smart home market is being snatched away from CSPs by retail gadget competition and there’s no turn-around in sight. It says that while CSPs and their consumer voice platform partners actually drive smart home growth, telcos will only control 23 per cent of total device sales with retail taking the rest.

The analysts conclude that CSPs have collectively dropped the ball in terms of creating their own smart home platforms.  As a result they now compete in a market where the consumer offerings comprise the bulk of shipments.

The report reads like the ‘old old story’ where telcos pursue their old tried and tested business models in the face of new technologies, and are promptly undercut by disruptive competitors with better/cheaper and, above all, better marketed offerings.

So there is currently no high ground from which they can even hope to influence, let alone control, the smart home market. Except, that is, if they do what they should have done from the start and partner with, rather compete against, the consumer smart home platforms with the platforms providing the gadgets and the telcos the service package.

Rethink says that in key geographic markets, smart home device sales will reach 356.3 million  units annually in 2024, accounting for 80.2 million smart homes. This represents an installed base of 1.33 billion smart home devices, with annual sales revenue of $21.3billion in 2024. The average number of smart home devices per home will climb to 16.53 in the period, rising from 5.35, with North America holding 40.5 per cent of the market in 2024, with Europe on 31.2 per cent  and APAC holding 28.3 per cent.

One of the difficulties CSPs face is the price dynamism of the consumer market places. Rethink points out that smart home devices will vary in both price and capabilities through the period.

“A great example is the plummet in pricing for colored LED lights, as well as in-home surveillance cameras," explains Rethink. "Wyze sell cameras for $20, and the likes of Philips Hue and LIFX have seen cheap overseas rivals surge to the top of sales lists – such as Lohas, Ausein, and Teckin. Every device in a smart home is at risk of being replaced by a much cheaper rival, but as per-device costs come down, the number of installed devices should rise. Lower per-device prices are only going to help overall adoption."

Rethink writes: “CSPs like Comcast, Deutsche Telekom, and Orange, seem to have been most ambitious in pushing ‘smart home as a services (SHaaS) packages, and will turn to Amazon and Google to try and cross-pollinate. Apple is another major platform, but has been very slow compared to its rivals.

"Other platform approaches can be found from Hive and Nest, both of which have a utility-focused angle. Security service providers like ADT, Securitas, and Alarm.com are well-positioned to push SHaaS offerings, and insurance providers are taking greater interest in the potential for data-based pricing and devices that can intervene before an insurance claim escalates.

“Away from the SHaaS angle, online retailers like Amazon and eBay, will flood the market with cheap devices, most of which will be used in the less mission-critical smart home roles, such as lights and sensors. The high-value applications, such as thermostats, cameras, and media experiences, will remain the main area that established brands can compete in, but there will be a significant race to the bottom in hardware pricing. Smart home devices have already reached the point where they can be casually plucked off the shelf during a weekly grocery shopping trip, and it is this price-point that is going to drive volume. “

"Smart Home Devices Forecast 2019-2024" is available via eCommerce at https://rethinkresearch.biz/report/smart-home-devices-forecast-2019-2024/