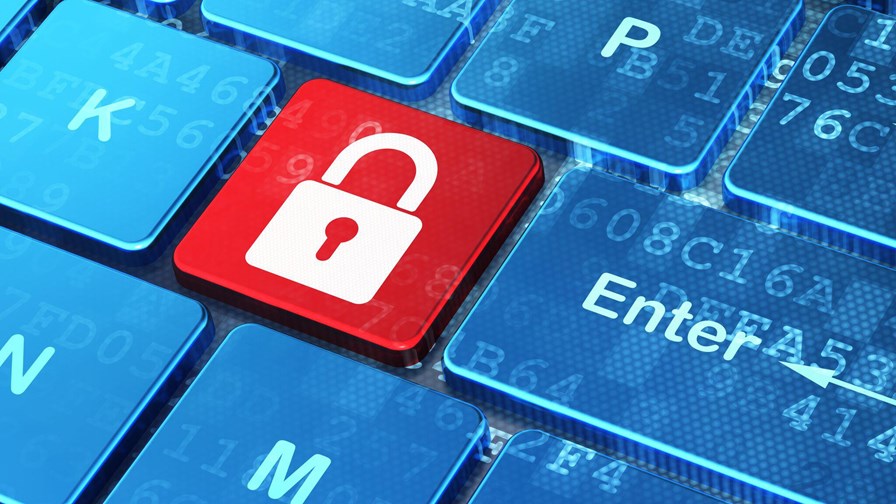 Too small to bother with? As an adjunct to yesterday’s TelecomTV story about organisations paying ransom money to cybercriminals to get their data and systems back (see - Majority of organisations pay ransom money…), new research from the incumbent UK telco, BT, finds that 55 per cent of British SMEs think their companies too small to attract the attention of cyber-hackers and ransomware attacks and so pay little more than lip-service to business-grade cyber-security - or any cyber-security at all, come to that. This is a big mistake because they are leaving themselves wide-wide open to incursions that could bankrupt them and destroy their companies. The problem is being exacerbated by the huge numbers of small businesses that went totally online during the worst (so far) of the Covid-19 pandemic and consequent lockdowns and new government figures show that 48 per cent of SMEs reported cyberattacks last year. The number of those that were attacked and did not report it is unknown but believed to be considerable. The managing director of BT’s SoHo (single office/small office) arm, Chris Sims said “Any digital business, large or small, can be a target for cyber criminals, and it’s something we’ve seen during the pandemic. Consumer-grade products are great for protecting you while surfing the web, accessing emails and other personal use but they’re not designed for running a business which requires more robust protection and safeguards.” BT makes the point that it has free tools available to help small businesses protect themselves from cyberattacks: BT Content Control lets businesses configure their web traffic by categories that they want to either block or allow while BT Web Protect warns them if they try to access URLs that many contain malware or ransomware.

The Telecom Italia board has unanimously confirmed Pietro Labriola as Chief Executive, thereby signalling full steam ahead for Labriola’s plan to restructure the company by splitting its wholesale network operations from its services business. Labriola is to seek financing from the Italian state lender CDP and is to start talks on combining the network with its broadband rival, Open Fiber - an approach favoured by the Italian government, but which could also involve a role for infrastructure and private equity funds, including those of  the rebuffed KKR. See previous What’s up with… story.

Digicel is going to cut and run from its Panama operation, blaming regulatory shenanigans which saw two of the market’s mobile operators - Cable & Wireless and Claro - get a merger go-ahead. Digicel says that it has effectively been squeezed out of the market, pointing out that one of the merged operators - Claro - has the Panamanian government as a major shareholder. Digicell says smaller players will no longer be able to prosper in Panama and says it will apply for voluntary liquidation and withdraw. There’s more  information in this article

Mining is dirty, dangerous and absolutely crucial. As a result, IDC says mining operations are adopting digitalisation at a furious pace. It predicts that this year 75% of the top 100 miners will operate remote and autonomous drill rigs throughout their operations.  Remote equipment adoption was accelerated by the pandemic and as a result 5% of operations will be early adopters of 5G to utilise reliable, low-latency connectivity-reliant technologies. Sustainability is also a big digitalisation driver, say the researchers, and by  2024, 50% of the top mining organisations will employ cloud-based operational planning and simulation tools, providing decision support, greater analytics, and improved optimisation capabilities. Read more…

Boeing signs up all three public cloud giants: In  another sign that the scale dynamics that many fear will inevitably create a dominant cloud giant, probably won’t happen, Boeing has decided to use all three at once and has simultaneously signed up AWS, Google Cloud and Microsoft with the aim of harnessing their expertise in particular areas to help it get rid of its outdated legacy systems. And it’s reportedly spending over $1 billion over several years to do it. Observers are supportive. According to a tweet from industry veteran and startup investor, Sanjay Poonen, the move “is a harbinger of how many enterprises will budget their Cloud spend in the future, across all of the Top 3 Public Clouds, like @Boeing is doing here, for purpose-specific use-cases, and to avoid lock-in to any one.” You can read more detail on the move here .

“Ello Tosh, not a Toshiba”. Back in the Mid-1980’s Japan’s Toshiba was a massive electronics company and popular consumer brand with global reach. It was particularly successful in the UK, mainly thanks to its award-winning advertising campaign “Ello, Tosh, Got a Toshiba” that riffed on the track “Ullo John. Got a new motor?” by the Marxist comedian Alexei Sayle. It was all about the FST (Flatter Squarer Tube) in Toshiba TVs and helped sell millions of the things. How are the mighty fallen. Forty years or so later Toshiba is a shadow of its former self. Things are so bad that one of its biggest investors, Singapore-headquartered 3D Investment Partners, which owns 7.6 per cent of the shares, calls it an “embarrassment” and is demanding the company be sold either as a whole or chopped up into bite-size chunks. Toshiba did try recently to split itself into three parts and when that failed into two pieces, but the plans came to naught. In an open letter to fellow investors, 3D Investment Partners writes, “Once an iconic Japanese company, Toshiba has become a corporate governance embarrassment for Japan. It is time for the board to take decisive action to restore Toshiba's reputation.” It also says shareholders have had enough, don’t trust the board of directors and are opposed to the latest in a lengthy sequence of turnaround strategies that came to nothing. It is calling for a comprehensive overhaul of the Toshiba board of directors, noting that it should no longer have the power “unilaterally to determine” who shall be nominated to sit on the board, and that includes the nomination of Taro Shimada as President and CEO and Gore Yanase as vice-president and chief operating officer. The investor group wants decisive action taken before Toshiba’s June 25 Annual General Meeting which is likely to be a bloodbath as shareholders take their revenge on an oddly complacent and quiescent board. Toshiba has fallen from grace over the past 10 years and has been under increasing shareholder pressure for more than five years. In 2021 it was the target of an unsolicited and aggressive US$20 billion takeover bid by CVC Capital Partners. Toshiba fought that one off but others, more aggressive still, are looming, Toshiba used to have two tag lines: “In Touch With Tomorrow” and “Leading innovation”. The first died its death long before yesterday and the second is a bad joke.

Wet fibre: Just as Julius Caesar’s Gaul was divided into three parts, so too is Yorkshire, in the North of England. ‘God’s Own County’, the largest in the UK, comprises three “Ridings”, North, West and East. They are an ancient division of the county that was created when the city of York (and much of Yorkshire) was a Viking colony and the Ridings were “Thridings” (or thirds) in Old Norse. There is no South Riding except in Winifred Holtby’s 1936 novel of that name - which, strangely, is actually about the East Riding. All clear so far? Good, because this is about South Yorkshire, which, whilst not a Riding, does exist as a municipal county and contains the cities of Barnsley, Doncaster, Rotherham and Sheffield. So much for the background, now on to the news that the UK government has announced that, along with mains water, some live water pipes in South Yorkshire will soon also run with super-fast ‘gigabit capable’ broadband. The “Fibre in Water” trial, to be delivered by the utility company, Yorkshire Water, will see some 8,500 homes and businesses being equipped with fibre optic-cables that will be deployed without having to without dig up 17.5 kilometres of road. A government press release says, “The first phase of the project launching will focus on the legal and safety aspects of the solution and ensure that combining clean water and telecoms services in a single pipeline is safe, secure and commercially viable before any technology is actually installed.” The trial has the approval of the Drinking Water Inspectorate, which is just as well. By the way, the fibre won’t come out of a domestic tap along with the household water. ISPs will access the mains outside the premises and install a few metres of fibre to connect customer’s homes.