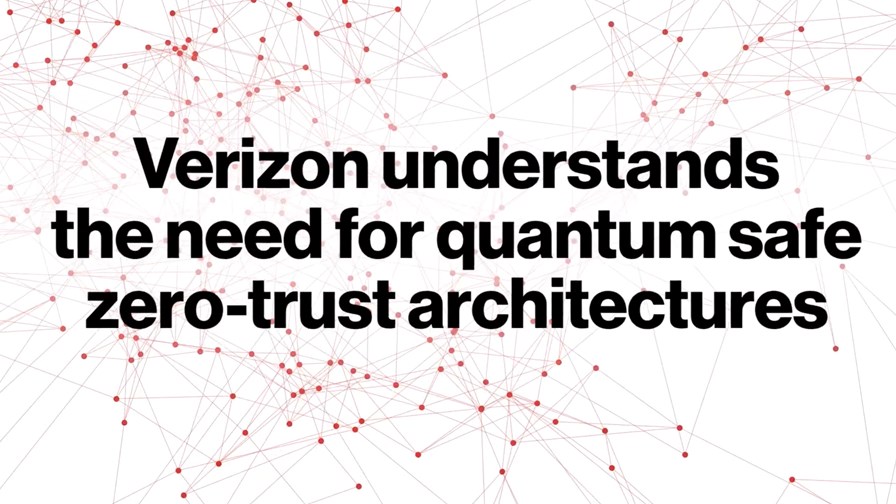 Network operators have been testing, trialling and experimenting with quantum security technology for some years, but as 5G networks crank into action, so the need for such advanced security capabilities becomes more urgent.

So what’s going on in the world of quantum security for telcos? Here are a few recent developments and trends that caught my eye and, at the same time, help explain how (in very basic terms) this technology is being used.

Verizon: The US operator has completed a trial of quantum key distribution (QKD) technology in the Washington D.C. area that, according to the operator, shows how the use of such tech, which “leverages quantum physics to derive secure cryptographic keys,” can significantly enhance communications security.

The obvious first question for most of us mortals is, “What is quantum key distribution?” You can find complementary answers here and here.

The details of what Verizon did, as well as some insight from IDC analyst Christina Richmond, are in this announcement. It’s worth noting also that Verizon’s trial included the use of a Quantum Random Number Generator (QRNG), which creates “random numbers that can’t be predicted,” making them a good fit for secure digital communications.

QKD and QRNG are terms that will be cropping up more and more in the coming months and years, so now’s a good time to get used to them.

SK Telecom: The Korean operator announced in late August that, in partnership with DGB Daegu Bank, it would “apply its 5G quantum cryptography technology to IM Bank, the mobile banking app of DGB Daegu Bank, in September 2020… Marking the first quantum-powered service in the banking industry, IM Bank will enable users of Samsung Galaxy A Quantum, the world’s first 5G smartphone equipped with a quantum random number generator (QRNG), to benefit from a new level of security in mobile banking transactions.”

That ‘5G quantum cryptography technology’ has been in development for some time, leveraging R&D work done by Swiss company ID Quantique (IDQ), which describes itself as the world leader in Quantum Safe security solutions. SK Telecom identified IDQ as a leader in the field some years ago, making a small investment in 2016 and then pumping a further $65 million into the company in 2018 to “further develop IDQ’s quantum technologies for the telecom and IoT markets.”

Here’s what IDQ has to say about its work with SKT: “After launching the world’s first 5G network in 2019, SK Telecom was also the first to choose to implement quantum technologies as a security advantage… SK Telecom applied QRNG to the subscriber authentication center of its 5G network, as well as QKD to the Seoul-Daejeon section of its LTE and 5G networks – where the most data traffic concentration in Korea occurs – to prevent hacking and eavesdropping. In May 2020, ID Quantique, SK Telecom and Samsung Electronics also announced to the world the first 5G smartphone equipped with a Quantum Random Number Generator (QRNG) chipset.”

Deutsche Telekom: SK Telecom wasn’t the only telco to spot IDQ’s potential, as DT also made a strategic investment in the Swiss specialist in 2016, and has been working with the company ever since.

Both DT and IDQ are among the 38 European companies currently involved in an initiative called the OpenQKD consortium.

Here’s what DT has to say about the relevance of that consortium’s work:

“In addition to the basic research for the consortium, the scientists also investigate various telecommunication-specific applications. This will help to answer the question to what extent a stable, safe and cost-saving operation of quantum optical communication links in the networks of Deutsche Telekom is possible… a target architecture for the QKD key exchange at a telecommunication provider has to be developed. For this purpose, the researchers in Berlin have an extensive fiber optic network with IT infrastructure at their disposal. All types of QKD systems can be tested on this network and limitations can be sounded out. At present, their range is limited to around 100 km, as no optical amplifiers can be used. The researchers are interested in how individual QKD systems can be interconnected to form an efficient QKD network.”

ETSI: The standards and body has an Industry Specification Group (ISG) for QKD that is developing specifications and generating reports describing quantum cryptography for ICT networks. You can keep up to date with that group’s plans and work at this page.

These examples are only the tip of the iceberg: Dutch incumbent telco KPN has also been working with IDQ for years on QKD applications, while BT has been testing quantum security tech over a fibre network running between Cambridge and its R&D centre at Adastral Park.

There are sure to be many more quantum security initiatives underway for the telecom sector: let me know about them at [email protected]