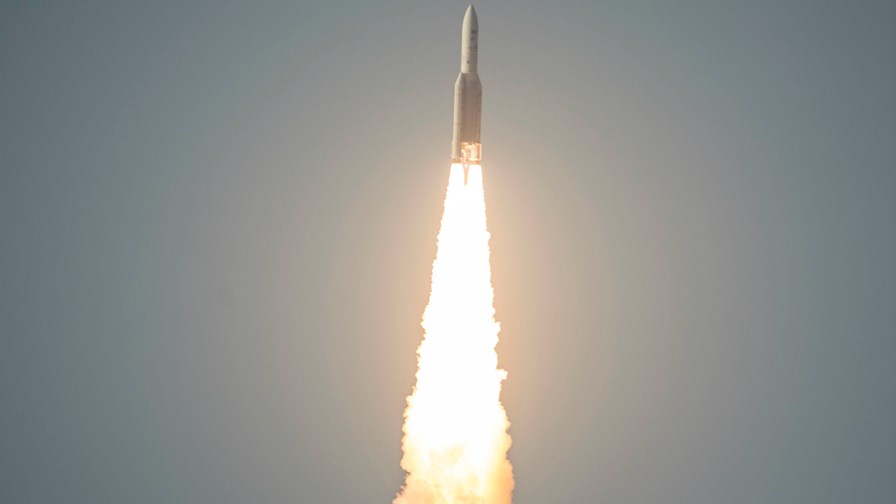 Network deployments are almost always visually underwhelming with an excitement level somewhere between low and vanishing. After all, who wants to see cable being laid in a trench? OK, some of you do, but for most of us even submarine cable-laying only takes the excitement-o-meter up to about five.

Which is why a good satellite launch is worth its weight in gold. It’s tangible; it exists in a few moments of time (relatively speaking); it has jeopardy and it is - above all -  visual.  Proof that something exciting is being done on the telecommunications (or in this case, broadband) front.

So Australia’s NBN (National Broadband Network) can be forgiven for blowing a triumphant trumpet blast to herald the launch of Sky Muster (it even sounds like a new James Bond film), its first communications satellite via which it’s planning to serve a whacking 400,000 Australian homes and businesses as part of its national broadband network effort, designed to get reasonable Internet access out to most of the population.

It’s fair to say that Australia is somewhat demographically challenged when it comes to broadband deployment. Yes, there are five or six large cities which are probably about as easy to serve with broadband as any large city anywhere, but the Australian countryside is either sparsely populated or nearly completely empty.  Short-run DSL access doesn’t cut it and laying fibre across the semi-desert to a small town just to service a DSL hub is difficult to cost-justify as well.

That’s left satellite and terrestrial wireless broadband as the viable alternative for those hard-to-reach places.

The first satellite, Sky Muster, has just launched from French Guiana (without incident, jeopardy factor now over) at a cost of A$500 million, is being cited as one of the largest and most expensive satellites ever launched. NBN says it is to undergo final technical testing ahead of a commercial launch scheduled for mid-2016.

The satellite service is provisioned to provide peak broadband download speeds of 25Mbit/s for about 3 per cent of population located in remote areas that can't be reached by the NBN's fibre or fixed-wireless services. A second satellite is to follow next year.

We’re going to publish an interview with NBN CEO, Bill Morrow, in the coming couple of weeks as a prelude to Bill’s speaking appearance at the Broadband World Forum 2015, at EXCEL, London, on 20-22 October.