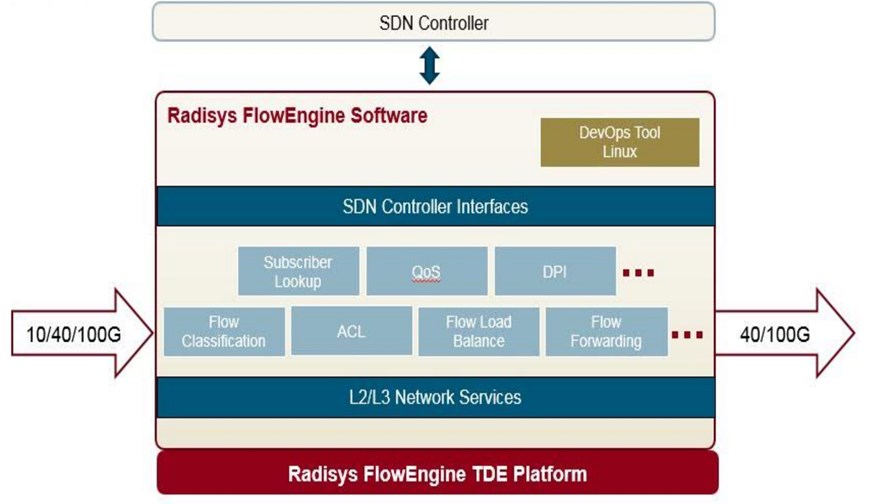 Radisys has named Verizon as the first commercial customer for its FlowEngine ‘intelligent traffic distribution system’.  That there was an important (large CSP) deal in the works was announced earlier this year but now the full story is out… sort of.

As is usual with these things there are no numbers around money spent, number of units to be installed and so on, since that is commercially sensitive for Verizon, but for Radisys it’s a big deal. With Verizon on board it can feel validated and likely to scoop other large operators although clearly “unable to talk about that right at the moment.”

The FlowEngine is designed for network operators to properly get to grips with and optimise the diversity of traffic types flowing through their networks, ranging from demanding cloud applications, video streams and small and erratic IoT traffic.  To cope, the FlowEngine technology performs a front end distribution task which, Radisys claims, can achieve the required characteristics of high throughput and low latency needed for different applications. It’s also easily scalable so can accelerate CSPs’ new service introductions.

It’s not possible to sell much into big telco  these days without at least a detailed roadmap to SDN and NFV together with the attendant expressions of  fealty to open source.  Radisys is no exception.

“The FlowEngine is really at the intersection of Router/switch and load balancer and is highly optimised for the NFV and SDN programmable world.”

But, as is the case for many telecom equipment vendors there is a careful path to be steered between the advantages of running a COTS (commercial off the shelf) underpinning where you can, but also supporting performance hardware where necessary to tackle the very heavy workloads required in the core network.

“We support both a  COTS approach to the underlying hardware but, for some of our larger customers like Verizon, the data plane performance requirements are such that it really needs to be implemented in performance-based hardware,” says Grant. So Radisys offers FlowEngine (it’s software in either guise) for ‘pure’ SDN/NFV with ‘performance’ hardware in the places where it makes economic sense to do so.

But does Radisys see the balance of advantage changing over time as the ‘commodity’ hardware becomes more capable?

“The way it works today with SDN,” says Grant, “is that it decomposes the architecture into software that can be virtualised quite effectively, but the data plane component can be implemented on performance platforms AND COTS platforms,” and while over time the COTS platforms will be capable of handling heavier loads, the applications that run on compute platforms will continue to grow in their complexity - that means there will probably always be a need for both the virtual/COTS and the performance hardware options.

What’s up with... Huawei v. US Dept of Commerce, TSMC, Apple v. Google