Ren Zhengfei to Trump: “Thanks Donald, couldn't have done it without you” 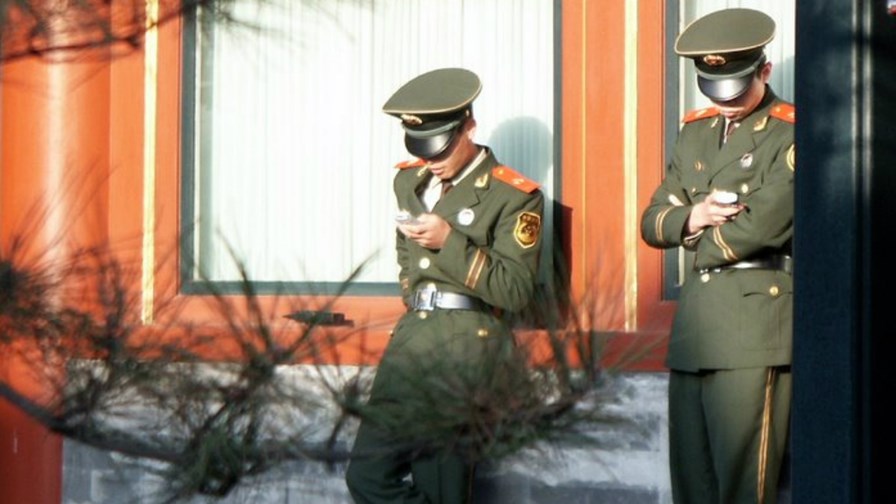 Huawei is storming it. Despite its endlessly documented difficulties with the US over security and trade the Chinese giant is reporting record profits as it tightens its grip on its domestic market. That automatic “Despite” I found myself using at the start of the last sentence may be in need of a radical edit. Strike ‘Despite’, insert ‘Because of’.

For the fact is that Huawei has ended up, not wounded and on course to sustain major economic damage from the US actions, as its founder Ren Zhengfei seemed to expect at the very beginning of the current difficulties, but strengthened by them.

In effect Huawei seems almost content to trade a few losses now for big gains that its togetherness might bring it in the future. After all, there’s nothing like an existential threat and an identifiable enemy to pull a body of people together.

“The US is helping us in a great way by giving us these difficulties. Under external pressure, we have become more united than ever,” The Financial Times quotes Ren as saying in an interview in early July. “If we aren’t allowed to use US components, we are very confident in our ability to use components made in China and other countries.”

Of course he would say that, but there is evidence that Huawei is energised because of the efforts against it and not just evidence supplied by Huawei.

There’s its self-reported results for starters.

Yes, like any financials these could be fabricated or distorted. We’ve seen enough examples of that in telecoms equipment industry’s past to know it’s a very real possibility.

Here’s what Huawei claims is happening, just out today:

It says it has secured 50 commercial 5G contracts (now the main measure for big telco equipment vendor health) and has shipped more than 150,000 base stations to markets around the world.

Its consumer business in the first half of 2019 did even better hitting Chinese Yuan Renminbi (CNY) 220.8 billion (£26.5 billion) and now comprising over half of Huawei’s total sales. Its phone total (including Honor phones) reached 118 million units, up 24% from the same period last year. It also claims rapid growth in its shipments of tablets, PCs, and wearables.

Huawei has come from nowhere with Smartphones to be accepted by users as a peer in the high end smartphone market alongside Samsung and Apple. It’s latest series of flagship phones, the Mate 30s, are due to launch this year

Huawei also says it is beginning to scale its device ecosystem to deliver a more seamless intelligent experience across all major user scenarios. To date, the Huawei Mobile Services ecosystem has more than 800,000 registered developers, and 500 million users worldwide, it claims.

"Revenue grew fast up through May," said Huawei's Chairman, Liang Hua. "Given the foundation we laid in the first half of the year, we continue to see growth even after we were added to the entity list. That's not to say we don't have difficulties ahead. We do, and they may affect the pace of our growth in the short term."

But he added heroically, "We will stay the course. We are fully confident in what the future holds, and we will continue investing as planned – including a total of CNY120 billion in R&D this year. We'll get through these challenges, and we're confident that Huawei will enter a new stage of growth after the worst of this is behind us."

Analysts Canalys points out that Huawei’s smartphone surge came at a time of max headwind in that market, where all around it were seeing signs of slowdown. Canalys says  that Huawei grew 31 per cent in a national market which actually declined, while Huawei’s major competitors all lost ground. Oppo was down 18 per cent; Vivo dropped 19 per cent; Xiaomi dived by 20 per cent and Apple shrank by 14 per cent.

The analysts say Huawei’s global mix shifted back to China with 64% if its smartphone shipments in Q2 in its home market.

“Huawei’s addition to the US Entity List kept its foot on the accelerator,” it says.  In addition to its own efforts Canalys notes that Huawei’s retail partners “are rolling out advertisements to link Huawei with being the patriotic choice to appeal to the growing demographic of Chinese consumers willing to take political factors into account when making a purchase decision; while Huawei itself has been eager to give more exposure to its founder and CEO to enhance its brand appeal to local consumers. At the same time Hawei’s internal chipset and modem technologies will give it an edge over its competitors as 5G is commercialized by Chinese operators."

It might be one of the classic unintended consequence episodes of all time. In his attempt to nobble Huawei Trump has succeeded in damaging its domestic rivals, spurring it along the path to technological independence from US suppliers and probably forever dis-integrating China from the US in terms of tech investment which, understandably, has practically dried up.

Nice one Donald. So much winning...