Today, we removed 49 Facebook accounts, 69 Pages and 85 Instagram accounts for engaging in foreign interference — which is coordinated inauthentic behavior on behalf of a foreign actor — on Facebook, Instagram and other internet platforms. This network was in the early stages of building an audience and was operated by local nationals — some wittingly and some unwittingly — in Ghana and Nigeria on behalf of individuals in Russia. It targeted primarily the United States.

The people behind this network engaged in a number of deceptive tactics, including the use of fake accounts — some of which had already been disabled by our automated systems — to manage Pages posing as non-government organizations or personal blogs, and post in Groups. They frequently posted about US news and attempted to grow their audience by focusing on topics like black history, black excellence and fashion, celebrity gossip, news and events related to famous Americans like historical figures and celebrities, and LGBTQ issues. This activity did not appear to focus on elections, or promote or denigrate political candidates. They also shared content about oppression and injustice, including police brutality. Although the people behind this activity attempted to conceal their purpose and coordination, our investigation found links to EBLA, an NGO in Ghana, and individuals associated with past activity by the Russian Internet Research Agency (IRA).

We detected this network as a result of our internal investigation into suspected coordinated inauthentic behavior ahead of US elections. The network was linked to the activity we had previously removed and attributed to the IRA in April 2018, July 2018 and November 2018. Our assessment benefited from our subsequent collaboration with a team of journalists at CNN. We’ve shared information with our industry peers, policy makers and law enforcement and will continue working with others to find and remove this kind of behavior from our platform.

Presence on Facebook and Instagram: 49 Facebook accounts, 69 Pages and 85 accounts on Instagram. Followers: About 13,500 accounts followed one or more of these Pages and around 265,000 people followed one or more of these Instagram accounts (about 65% of which were in the US). Advertising: Less than $5 was spent on ads focused on people in the US, none of which were political or issue ads. Our systems repeatedly rejected attempts by this network to run issue or political ads in the US because the people behind it were not authorized to run political ads in the US. In total, we identified approximately $379 in spending for ads on Facebook and Instagram paid for in US dollars, the majority of which were run before this operation began by people who wittingly or unwittingly joined this network in the second half of 2019. We’re constantly working to detect and stop this type of activity because we don’t want our services to be used to manipulate people. We’re taking down these Pages and accounts because this activity was linked to individuals associated with the IRA, an entity we had previously banned from Facebook, they also used fake accounts and coordinated with one another and to mislead people about what they were doing. That behavior was the basis for our action, not the content they posted.

In addition to announcing this enforcement action today, it will also be included in our monthly CIB report for March 2020.

We are making progress rooting out this abuse, but as we’ve said before, it’s an ongoing challenge. We’re committed to continually improving to stay ahead. That means building better technology, hiring more people and working more closely with law enforcement, security experts and other companies.

Below is a sample of the content posted by some of these Pages. 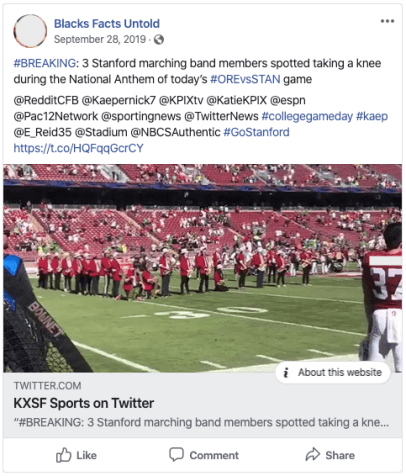 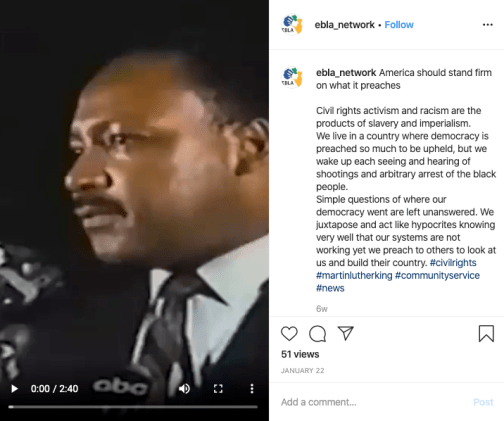 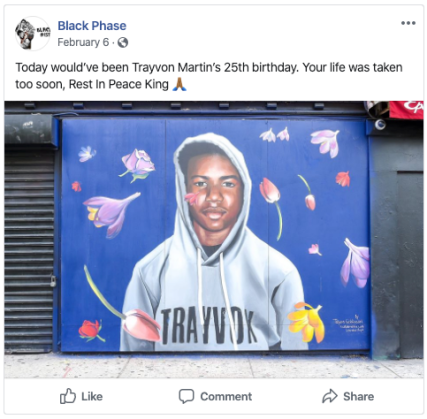 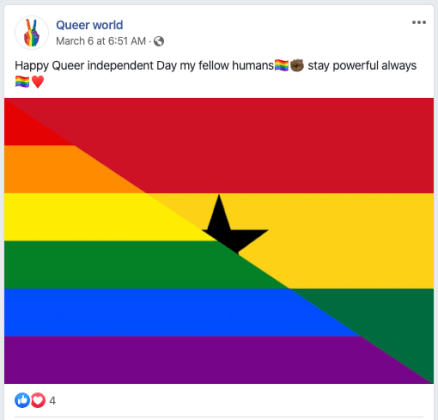