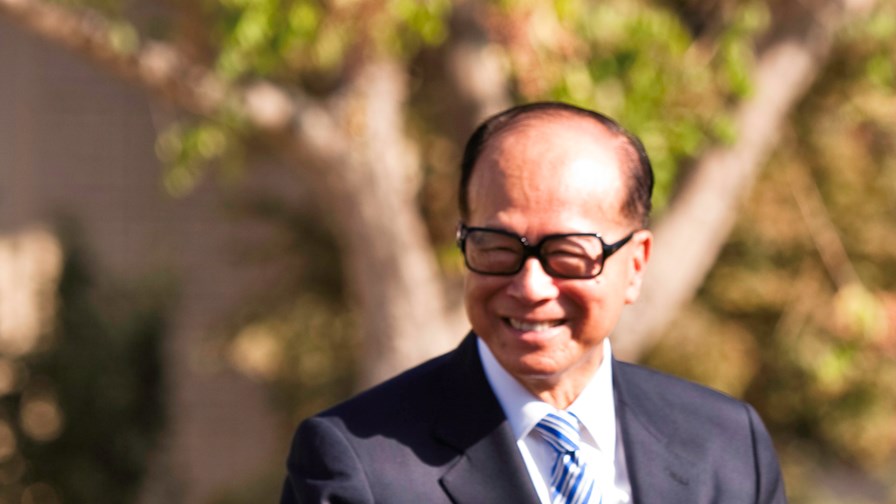 Reports put his bid at up to £9 billion. If successful the move would combine the UK’s second largest operator with its smallest, 3, already owned by Hutchison Whampoa. With the BT bid for EE proceeding, a successful takeover of O2 would completely reshape the UK telecoms market and would see Vodafone, not too long ago the biggest UK operator, demoted to a lack-luster number three in an apparently consolidating market. 3 Group Europe owns mobile operators in Austria, Sweden, Italy, Denmark and Ireland,as well as holdings in Vietnam, Macau, Sri Lanka and of course Hong Kong.

That the UK takeover buzz is continuing is not surprising  - the UK O2 network is firmly up for sale due to Telefonica’s dire financial straits. Telefonica last year narrowly missed selling it back to BT which is now in the process of buying the UK’s largest network, EE, for £12.5 billion. EE is jointly owned by France Telecom and Deutsche Telekom.

But - as is always the case - the deal won’t be plain sailing. As far as we know UK regulator Ofcom is still sticking with its long-standing policy of ensuring that there will be four mobile networks (at least) in the UK market for competition reasons. The BT/EE deal looks to have slipped under the wire: although it may have created a potentially over-powerful multi-play operator, it didn’t reduce the number of mobile competitors.

But in sticking with its four operator policy (if it does) Ofcom’s position would run counter to that of the European Commission’s digital agenda which envisages telecom consolidation across Europe. If Ofcom won’t budge it’s possible the case will be appealed to the European Commission. Even then, it may not be green flagged without remedial measures to compensate for the competitive deficit implied by a three operator market.

In this regard, the European Competition Commission may be a tougher nut to crack.  In the most recent cases it has ordered the establishment of extra MVNOs, although the jury is still well and truly out as to whether these measures are enough to ensure proper competition.