Let’s hear it for competition. Sorry, can’t hear you... 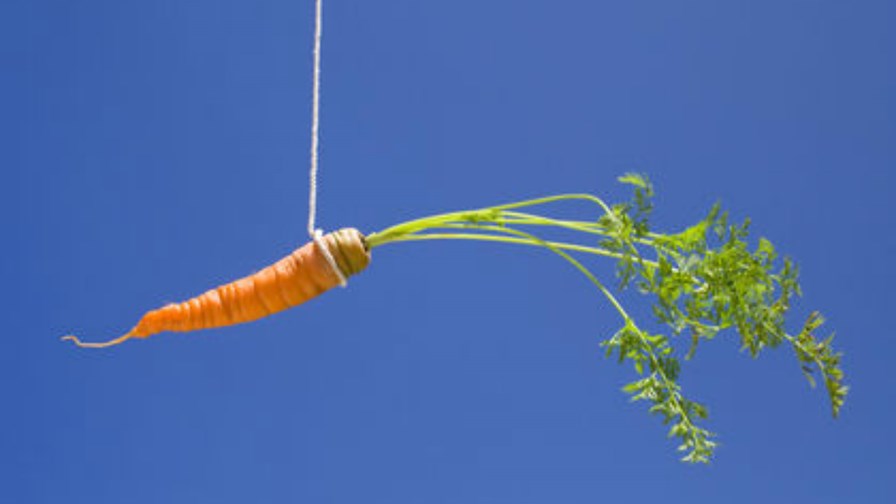 There’s been a mild scuffle in UK telecoms this week as those companies hostile to the merger of BT and EE have been making their feelings known and BT and EE executives have been firing back, talking about competitors wanting to “put up roadblocks, while we want to build motorways for the UK." That one was from Olaf Swantee, the EE chief executive, but BT has also been active in the war of words.

This week it unveiled some research from telecoms consultancy, Communications Chambers, which painted a challenging picture of the pressures the UK telecoms industry is going to face (rising data demand etc) and why a merger of BT and EE would go a good way to solving these and might produce a ‘digital champion’ for the UK at the same time.  All good knockabout stuff.

A story about a press conference to announce the research in the UK’s Daily Mail online version reminded me of an old adage:

"You cannot hope to bribe or twist (thank God!) the British analyst. But, seeing what the man will do unbribed, there's no occasion to."  That was originally a crack at the British ‘journalist’ of course (by one Humbert Wolfe).

The Daily Mail, (so sheltered from the ways of the world… coff) came over all scandalised when Communications Chambers' Robert Kenny, appears to have admitted at the press conference in his usual candid way, that his report on the BT/EE merger was simply a one-sided list of advantages. There were no downsides included, not because there weren’t any, but because that wasn’t what he was briefed to do, he explained.

Kenny’s firm isn’t called Telecoms Chambers for nothing - it practices consultancy on strategy, policy and regulation and as such its output tends toward legal advocacy. Robert Kenny is - in the nicest possible way - a hired gun and is quite open about it. I’m sure if asked he could mount an even more persuasive case as to why BT shouldn’t take over EE.

As an example, in 2011 Robert responded, off his own bat with no money changing hands, to a report penned by AT Kearney, which laid out a challenging, telco-friendly narrative as to why upstream charging was urgently needed. To say the narrative was flawed was an understatement.

Robert issued a rebuttal which pretty-much took the AT Kearney paper apart. That paper was entitled ‘Are Traffic Charges Needed to Avert a Coming Capex Catastrophe?’ (no longer on the site). His answer was a resounding ‘no’.

I asked him at the time to elaborate, hoping to dig out some more pro-net neutrality sentiment from a clearly very bright regulatory expert.

Robert explained that he wrote the response because he simply thought AT Kearney had done a bad job and was criticising the paper on that basis. “You could make a better case,” he said.

All this is fine and good. We may all need - from time to time - a legal advocate to stand up in court and explain to the judge why a custodial sentence might be inappropriate. I have no beef with Robert’s brief or Communications Chambers’ approach to things.

But there is a more pervasive advocacy practiced by the broader analyst and vendor communities, which by and large involves no bribery or commissioned papers at all. They do it unbribed as the above saying goes, particularly around consolidation in European telecoms.  The overwhelming majority (no science involved here, just a gut feel) fall into line over the issue of 4 to 3 (or even less) mobile operator consolidation. They’re for it, they think it’ inevitable and if you don’t you obviously didn’t get the memo. You hear the same arguments over and over as if they’d been prepared and distributed by the GSMA or ETNO.

But consolidation is not inevitable - not if the competition commission has a strong hand in things (See - Vestager: four to three mobile operator consolidation not a done deal).

So three cheers for the Daily Mail for asking the obvious question: ‘You’ve told us about the advantages of the merger, but what about the disadvantages? What are they?’

There are good arguments on both sides of course, but it would be nice to hear a little more advocacy of competition in telecoms which, after all, has been the spur to every gain we’ve made over the last 20 or 30 years.

So is bribery holding it back? Not directly. Not in the Fifa sense of the word. But maybe there’s a well-founded feeling that you’d better prove your fealty to the telecoms cause if you want to keep selling lots of consultancy and bucket-loads of reports to big (and wanting to get bigger) telco.

Calling emission control: do you copy?