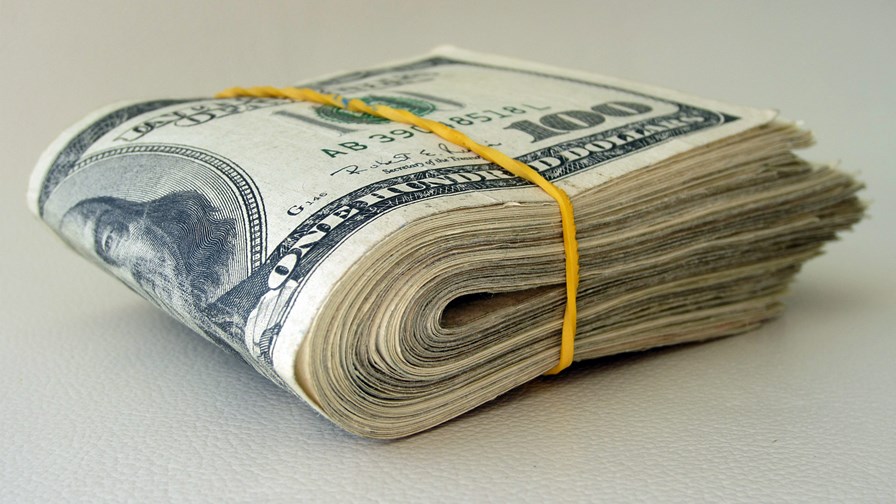 The European Commission is handing Apple a €13 billion tax bill. Or rather, it is ordering the Irish government to claw back a tax break it has determined amounted to illegal state aid - ie not on offer to other companies at the time.

The Commission made the announcement this morning at a press conference and it’s being seen as a show of teeth from the Competition Commissioner, Margrethe Vestager,  to both the US government and US -based corporations who for some time have been widely seen in Europe as using fancy footwork to avoid paying taxes to the European jurisdictions in which they operate.

Apple is not the first in this firing line. Last year the Dutch government was ordered to claw back tax from Starbucks  (€30 million). And it won’t be the last as Amazon is apparently the next global ‘digitalized’ company in the Commission’s sights. The online retailer may have to pay back €400 million to the Luxembourg tax authorities.

The US government, however, says the commission’s investigations and the potential tax claw-backs  are “deeply troubling”. In a white paper issued by the US Treasury, it says ominously that the investigations could “undermine” the tax treaties it has with EU member countries. In other words, “if that’s your attitude we might have to revisit the arrangements”.

The apparent ease with which the big US multinationals have been able to siphon revenues derived in Europe off to low tax jurisdictions has become a running political sore in Europe. In the case of Apple, the ‘deal’ with Ireland goes right back to the early 1990s when Apple was in dire straits and apparently agreed to establish shell companies in the Irish Republic in exchange for an ultra-low corporation tax break (Ireland has a very low standard rate of corporation tax of  12.5 per cent - Apple wanted even lower).

Apple says all this was above board and completely legal but one of the consequences (not particularly apparent at the time when Apple was simply trying to survive) was that it handed the US company a real structural advantage in competing with other companies to sell microcomputers.

The irony is that European industrial policy in the 1970s and 1980s allowed a lot of subsidy from the state. But by the 1990s, the EU - in part responding to US and UK urging - started taking the so-called Anglo-Saxon concept of the ‘level playing field’ seriously and regulated accordingly. Unfair subsidies were out.

Whether and how strictly the Commission will pursue this line further will have much to do with the courts as both Apple and the Irish government say they will be appealing the commission decision announced today.

The Commission, though, sounds like it intends to stick to its guns. It says there is no anti-US bias in its latest decision and that it has already been hard on European companies who have managed to wrangle sweetheart deals on tax in the same way. It points out that it has already gone after Fiat, BASF and Anheuser-Busch InBev on the same basis.

The US treasury, however, says that the basis of the Commission’s case is flawed. It maintains that in clawing back tax from Apple it is depriving the US government of funds rightfully coming its way, since all the research and development (in Apple’s case) was undertaken in the US. Monies made off the back of that should rightfully be taxed where the value-added activity takes place, not in Europe. It has a point.

The big flaw in the ‘Apple is not doing anything wrong’ argument is that the US government itself is chaffing at the amount of loot Apple (and others) have parked offshore where the IRS can’t get at it. Unless the US Treasury makes a deal to waive its 35 per cent corporation tax, the cash is unlikely head its way any time soon in any case.

Maybe instead of fighting with the Commission, the US Treasury should do a deal with it to see if, by acting together, they could bring Apple and the others to heel.