EU deregulates retail fixed telephony but has it also sold LLU down the river? 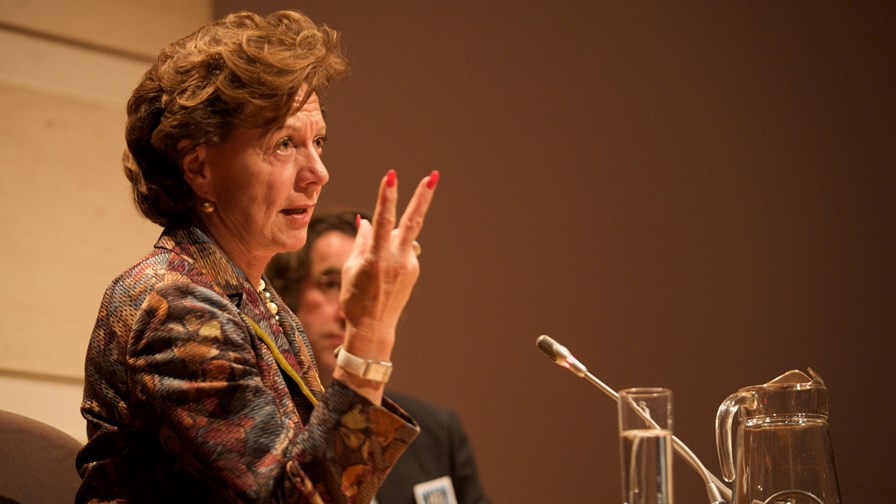 Neelie Kroes, the EU information commissioner, has signalled the end of fixed voice regulation in Europe.  What’s recieved less attention is that we may also have seen the beginning of the end of  ‘pure’ unbundling for broadband as so-called ‘virtual’ unbundling is also going to be allowed. Given that this part of the announcement has almost been buried and has hardly been mentioned in many news reports, my guess is that this is the prize the telcos were really after.

Neelie has form on this. Last year a big noise was made about roaming charges - in the same set of announcements the innocent sounding ‘specialised services’ were being slipped past in the telecoms legislation. If these hadn’t recieved a plethora of ammendments (still not finally passed by the EU ministers, by the way) they would have presented a real threat to net neutrality in Europe.

So over the past couple of weeks Neelie Kroes has been serving up her hard cop/soft cop routine.  First the bad stuff then the good (or was it the do the other way about?)

Last week Europe’s outgoing information commissioner, to prove how telco-sceptic she was,  blasted both barrels at Europe’s telcos when what was expected from her was a fond farewell, maybe a few words of encouragement and a joint pat on the back. (see -  Neelie gone now, as the telcos’ favourite European commissioner gets in a final word)

She might have made mention of a relationship which was “challenging at times (ho ho ho); we had our differences but in the end we achieved a lot…etc. “

What the telcos got instead was a headmistressy dressing down. Socks would need to be pulled up for the next term when Mr Juncker and his three new digital assistants are due to take charge.

Would the telcos “lead the “digital future” or be dragged along behind, “against your will, resisting until the last?” she asked.

In the unreal choreography of Euro-politics, ETNO (whose event it was and whose members were in  Kroes sights) actually welcomed her thoughts.

Now this week good cop Neelie turned up unexpectedly to grab the limelight again (we thought she had gone) to anounce the end of two strands fixed telephony regulation. Immeditately.

From now on retail access to fixed telephony and the wholesale market for fixed call origination can be considered deregulated in Europe.  That means operators will no longer face a time-consuming bureaucratic approval process every time they want to change rates or terms and conditions.

But it also recognises that - as far as we can judge - the retail voice market can now be considered properly competitive and so no longer needs a regulator to stand in place of real consumer market forces. Proper service competition is now healthy enough for the regulators to step back and let the market take over with multiple fixed operators in every country and of course the continuing rise of Internet voice companies, in particular Skype but soon to be joined by the likes Facebook/WhatsApp and possibly Google.

It’s easy to forget now just what a fight the telcos put up against local loop unbundling in around 2000, first to stop it, then, at least in the case of BT in the UK, to neuter it once the first phase of the fight was lost.

In the US the telcos managed to end unbundling’s short life there, but in the UK it eventually triumphed and was directly responsible for the boom in broadband adoption that followed (and the low broadband pricing that UK citizens have enjoyed ever since).

It’s possible that virtual unbundling, which is essentially a bitstream service offered by the incumbent which mimmicks (of course) copper line unbundling (where a rival operator takes over the copper to the customer and installs equipment in the local exchange to provide a broadband service) will be perfectly adequate. It will be allowed, says the commission, only if it gives full LLU levels of control over the service so that unbundling providers can offer their own differentiated service and stand behind quality and reliability guarrantees.

But the problem is that over time vLLU costs and pricing, under the full control of the incumbent operator, may gradually creep apart. The great thing about full physical unbundling was that it created an unarguable base cost (apart from line rental which could still be argued over) for providing DSL-based broadband.

Providing a full LLU environment has allegedly become more difficult (although this is disputed) with the advent of technologies such as vectoring and of course with fibre - no doubt this formed part of the argument as to why regulatory control over LLU be relaxed.

Time will tell whether vLLU is up to the job.