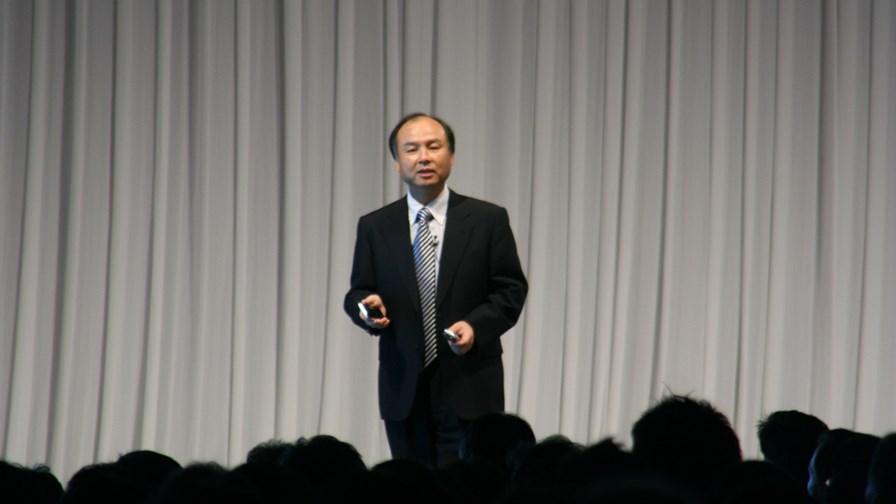 The courtship between Sprint and T-Mobile in the US is getting steamy enough for the pair to be in final, wrap-up  negotiations on the marriage settlement - the financing details and the size of the termination fee payable to T-Mobile should the merger be blocked.

According to reports Sprint has agreed to pay around US$40 per share to T-Mobile, worth $32 billion - that’s a 17 per cent premium over T-Mobile’s share price.  T-Mobile is to retain a 15 to 20 per cent share of T-Mobile USA to win some of the upside should all turn out for the best.

But there’s one big problem. As in Europe, the USA’s anti-trust and communications market regulators are reportedly unmoved by all the wedding bells. Although they OK’d T-Mobile buying MetroPCS - final approval granted in April last year - they’re still worried about the effect a concentration of mobile power implied by a T-Mobile/Sprint merger would have, in the longer run, on competition and prices.

If the merger took place it would leave just three large and fairly unassailable national mobile operators at the top of the pile in the US. As has been discovered in Europe, three tends to be, not a crowd, but a reasonably controllable and cosy protected market in the longer run.

As things currently stand Verizon and AT&T are fairly close in subscriber numbers, with Verizon about $5 billion ahead, at just over $20 billion, on annual mobile revenue. Sprint and T-Mobile are currently small beer by comparison, but together would be reaping about $15 billion or so, putting them in touch with their two larger rivals and giving the combined entity the scope and scale to beat Verizon and AT&T at their own game.

But reportedly, the arguments being advanced in favour of the merger are cutting little ice with the regulators, in part because they see competition (between T-Mobile and Softbank) for the budget end of the market evaporating if the deal were to become a reality.

There’s little doubt that Masayoshi Son, CEO of Softbank, owner of Sprint and almost certainly the driving force behind the move, doesn’t see Sprint’s role as fighting over the US mobile market’s scraps with T-Mobile - he wants to be near the top of the global communications market and having Sprint at or near the top of the US market is a crucial step on that road.

Son’s determination and apparent self-belief will be the reason Sprint is setting this deal up, complete with its murderous termination fee, while all the rest of the world: analysts, regulators, lawyers and observers of all stripes give it a limited chance of success.

Son has been rolling out his familiar arguments: that the US market is below par and its broadband speeds are too slow.  The business model he intends to apply, he will no doubt be arguing, will help lift things. This is not a message likely to go down well with many in the US, including the regulators that are responsible for the market as it stands.

Many believe that Son has something up his sleeve, perhaps an argument that folds in the changes taking place in the US market: the pending mergers of Comcast with Time Warner and AT&T with DirecTV spring immediately to mind.  With the set scenery changing so fast, he might argue, there will be at least four large players centred on multi-play business models. To have any chance of competing properly he and T-Mobile need to merge.

So what about the aftermath if it goes bad? The Wall Street Journal reckons that if the deal fails to jump its regulatory hurdles it’s going to hurt Sprint more than T-Mobile.

Noting that the stock prices of both companies had taken a hammering on signs that the US regulatory authorities were unlikely to allow the deal, it points out that T-Mobile would still be sitting prettier than Sprint if failure came.

Unlike Sprint T-Mobile’s renegade ‘uncarrier’ programme seems to be working a treat as it’s now on a roll - it’s revenues have risen by 17 per cent over the last year while Sprint continues to flat-line and lose customers.

And Deutsche Telekom is negotiating a juicy termination fee should the merger be blocked.  Reports put the amount Sprint would have to pay at between $1 billion (Softbank’s preferred number) and $3 billion. The final total is thought to be one of the few outstanding issues to be settled between the two budding partners.

And the fee is not just a consolation prize but a way for T-Mobile to inject new capital into its business in the wake of a dispiriting and costly block. Thoughts turn to the nice little earner T-Mobile secured last time there was an attempted acquisition.

Back in 2011 AT&T failed to buy the operator for $39 billion stock and cash - an offer which was eventually withdrawn as the regulatory and legal hurdles stacked up and government disapproval became apparent. On that occasion Deutsche Telekom (DT) walked away with $3 billion in cash and access to $1 billion worth of AT&T-held wireless spectrum, its price for deal failure. DT will likely want at least that much again this time around.

But the biggest advantage DT has is that it will remain a lucrative take-over target in the wake of a failed merger, while Sprint is likely to look like a stranded asset with few options.

While Sprint might be barred from buying T-Mobile for good competition reasons, the same won’t be true for other suitors, perhaps coming from the satellite or cable TV side of the industry and looking to make a triple or quad play into the US residential market.