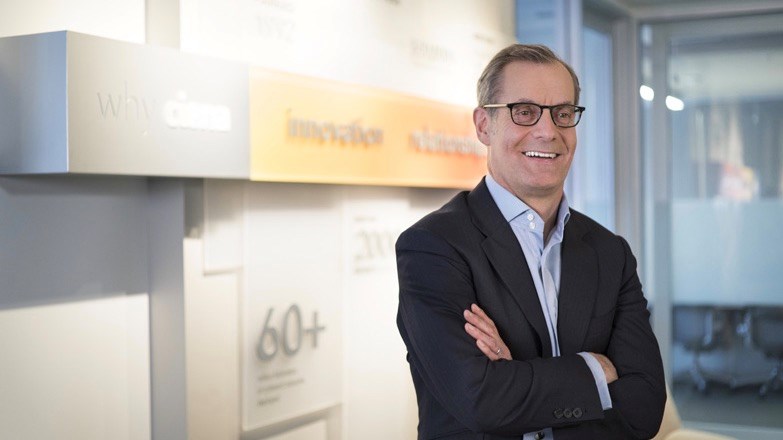 Network operators are keen to break down the “walled gardens” of traditional, closed networking systems and embrace best-of-breed disaggregation, but they really don’t want to take on the role of systems integrator and be burdened with stitching together multiple networking elements from different suppliers, according to Gary Smith, who has been the CEO at transport networking technology specialist Ciena for almost 20 years.

Talking to TelecomTV following Ciena’s recent financial update (the fiscal first quarter was tough but things are picking up again), Smith noted that telcos are seeking to break free from the constraints of closed, inflexible systems but they still prefer everything to be pre-packed.

“The trend towards disaggregation, this is always a consideration, but for a lot of the service providers, they don't want to have to be the systems integrator, and certainly towards the edge of the network, it's just not worth it for them. Because the economics are such that you can package and bundle all that together – it’s a lot easier for them operationally. There's no benefit to splitting it all out, provided they've still got the high-level software control and they're not tied into the classic sort of monolithic operating systems.”

But helping operator to avoid lock-in, and allowing flexibility, is key. Operators “want the flexibility… not a walled garden. They don't want to be tied from a software point of view to some customised, closed piece of software,” added Smith.

More advanced, software-defined and software-oriented architectures are enabling greater flexibility and the option of multi-vendor deployments – as a result, there’s much greater demand for industry collaboration and broader ecosystem partnerships, noted Smith, even if, ultimately, operators still mainly want to deal with a small number of technology partners.

“When you look at putting these multi-cloud and edge type architectures together, there's a lot of other players that need to come in to make that happen – that is going to be a characteristic of this market. It's going to be a lot more ecosystem- and partner-centric than you've seen in the past… [operators are] not going to go to one vendor for absolutely everything – I think those days have passed,” said the Ciena CEO.

So if the operators don’t want to be the integrator, are they asking vendor partners to play that role and pull together best-of-breed solutions based on their requirements?  “Yes, in some cases… we are forming that kind of catalyst role in a number of carriers,” added Smith.

The differing demands of telcos and hypercscalers

For several years now Ciena has been building its business with the hypercalers, with the cloud platforms giants such as AWS, Google and Azure generating more than 20% of revenues in fiscal Q1. (For more on that, and the opportunities Smith sees to snap up deals as the Chinese vendors get sidelined in some markets, see Ciena boasts Huawei swap-out deals, spies better days ahead.)

Does Smith see different demands from this set of customers compared with the telcos?

“We talk about the webscale companies homogeneously, but the network architectures are actually quite different from each other… they are trying to do different things, but generally speaking it's around data centre connectivity in its various forms,” which demands more simplified transport systems.  “As the carriers try to get into this cloud edge, there are some striking similarities there and a lot of the service providers are trying to deploy an architecture that adopts a lot of the simplicity, if you will, of that webscale-type approach. The challenge for the service providers is they've got decades of legacy networks and architectures that were not designed to deliver on-demand cloud services. So, it's always going to be a little bit different. But to simplify it on the transport side, the carriers have got a fair amount of fibre and so their preoccupation is with being able to get as much capacity for the best economics. Very often with the webscale companies, their priorities are power and space. So we’ve come out with different derivatives of, for example, the WaveLogic 5 technology – we've come out with the Extreme, which is for the long-distance service providers with the submarine network-type capacity, which also the web scale guys use a lot, but the next version of it, the Nano [commercial availability in the next few months] will be optimised around power and space. That's one example on the optical side of some different requirements.”

But aren’t network operators of all kinds becoming increasingly focused on power consumption? “Yes, but that is largely led by the webscale companies because of their challenges… the carriers, and I'm really generalising here, have a lot more real estate in the local NOCs [network operation centres/central offices] where the webscale folks don't. But it's becoming an issue for everybody, the ESG [Environmental, Social and Corporate Governance] type consideration – everybody's getting way more sensitive to it.”

Biggest changes during his Ciena tenure?

Smith joined Ciena in 1997 and has been President and CEO since May 2001, putting him only months away from 20 years in the Ciena hotseat (during which he has consistently been among the best remunerated executives in the whole telecoms industry – just over $11.2 million, mostly in stock awards, in 2020). Even with pandemic restrictions, surely some kind of celebration is in order in May?

Smith mostly laughed in response, saying he had “no idea” about any party plans (we expect to see pictures, all the same…).

OK, so what are the biggest changes he’s seen during his time as CEO?

“I think… the maturation of the Internet. I think about the early 2000 telecom bust, where we built it and no-one came You know where we built it and no one came, and I remember the pains of all of that and we all thought we had enough capacity for the next 20 years. And I think, in hindsight, in some ways that facilitated the business models on the internet, the proliferation of what was then relatively low-cost bandwidth, companies like Google and Facebook were born and the on-demand economy was enabled. And then, with the democratisation of it, we've got a long way to go… think about the number of people in the world that are now part of that, and are able to be part of the e-commerce world, even in rural areas in developing countries – the Internet has come a long way, but it's still got a long way to go… but those are the two things that I would reflect on.”

Beyond organizing his work anniversary party, Smith’s next job is to ensure that Ciena can deliver on the promise of an improving 2021 and that the company is well positioned to capitalize on the shifting needs of the market.

But there’s a reason Smith has been the CEO at Ciena for so long. Over the years I’ve heard him time and time again identify the reasons why a company like Ciena will get through the troughs in demand, survive the tougher times thrown up by changing network operator investment cycles, and talk convincingly about the trends that will drive demand for optical and packet transport infrastructure and, increasingly, the software that can help automate network management. And most of the time, he’s been proven right.