Telus to put Open RAN through its paces with Rakuten Symphony 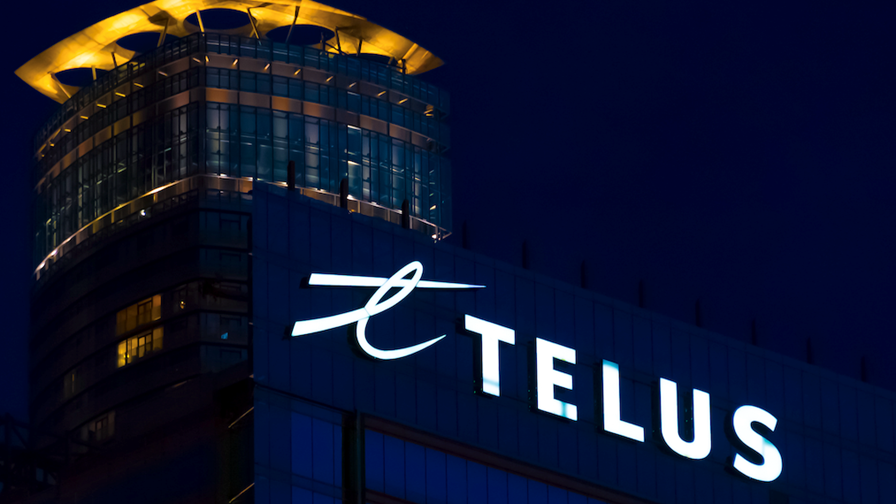 Canadian network operator Telus is the latest telco to explore the potential of deploying Open RAN technology in its production network and is in the process of developing a broad trial with Rakuten Symphony, the cloud-enabled technology spin-out from Japanese mobile operator Rakuten Mobile, according to Tareq Amin, the CEO of both Rakuten units.

And it seems a move to replace Huawei technology in the Canadian operator’s network might have been the catalyst for Symphony’s opportunity.

“We have been engaged with Telus for almost three months,” Amin told TelecomTV during a conversation held at the Digital Transformation World event in Copenhagen.

“We're working with them on a complete transformation, a proof of concept [PoC] on Open RAN for the entire lifecycle management system, the entire OSS stack… to prove and validate that we can deliver on the performance, scalability and reliability [that can match] their existing vendor… And keep in mind Telus has Huawei as an infrastructure vendor, so you can imagine it has been pressurised to remove Huawei from the network,” noted Amin.

“Telus is a brilliant example” of the kind of company a telco needs to be these days, he added. “The company’s management is very open minded. They have this entrepreneurial spirit that they want to do something very different. So we found ourselves at a really beautiful intersection with the leadership team at Telus and hopefully this is pushing the envelope with this PoC to prove and validate that this technology delivers on both reliability and quality. And if we're able to achieve Huawei-like reliability and quality, I think we'll be very happy with that… this would be a very big standard to achieve,” added Amin, referencing the very high standards that Huawei has achieved in traditional RAN technology. (Note: Many network operator executives still say, privately, that Huawei is still revered for its mobile infrastructure prowess and that rival vendors have some way to go to match it.)

TelecomTV has approached Telus for comment but has yet to receive any response, though it’s clear Telus has Open RAN plans as it is currently seeking to hire Open RAN integration engineers. It has long hinted at some Open RAN action, though has been as cautious as many other operators, but now appears to be more comfortable with the potential of the new approach to mobile networks. The operator’s CTO, Ibrahim Gedeon, recently highlighted what he regards as the multiple benefits of disaggregated networks in a recent interview with TelecomTV, during which he claimed such network architectures enable greater resiliency, make it easier to build networks using common technology blocks, and allow operators to develop their networks how they like. “These are critical business needs – it’s not just cool from a technology perspective,” noted Gedeon – see Executive Interview: Telus CTO, Ibrahim Gedeon, on the benefits of network disaggregation.

The Canadian operator has, over the years, deployed Huawei radio access network equipment for its 3G and 4G rollouts, but omitted the Chinese vendor from its 5G deals, which were awarded to Ericsson, Nokia and Samsung a few years ago. Telus spokespeople have noted previously that the operator planned to replace its Huawei mobile network equipment over time.

Rakuten Symphony, which was officially formed only last August, is on a mission to encourage as many network operators as it can to check out Open RAN, promising multiple gains in terms of operational efficiencies and cloud-enabled agility. But this isn’t charity work: Symphony is now a large organisation, with 3,500 staff, and only one publicly-announced major contract, a multi-billion dollar deal with 1&1 in Germany to plan, build and operate the country’s new 5G network, so it needs more traction.

That’s easier said than done, though, as while the whole market is aware of Open RAN (it’s hard to miss these days), there are still many reservations about the capabilities and economics of Open RAN architectures.

Arguably Open RAN’s chief cheerleader, Amin is bullish about multiple breakthroughs and proof points that will erode the doubts of cautious operator executives.

“I think we need a few examples to become material. There is Rakuten Mobile, but people will say, well it's greenfield,” noted Amin (who, curiously, didn’t cite the other main greenfield Open RAN deployment, Dish Network in the US, as another example).

“We need a brownfield [example]. You know, it could be Telus. It could be Telefonica. It could be one of those operators that want to do something different. And if we have enough of such cases, in which TCO [total cost of ownership] is validated, then I think people will stop talking” about how Open RAN isn’t fit for purpose in commercial mobile networks.

“Four years ago, I was criticised that I will never succeed in Japan – every day was negative news. But for me, it was nonsense. I understood that, technology wise, this is not a complicated science. We just need to put a bit of effort to uplift the radio workload and move it into a high commodity appliance… I just think that the knowledge needs to improve a bit in our industry to appreciate the possibility of such an architecture. A few cases will happen this year that I think might actually trigger people to think, ‘well, this is imminent’. I have no doubt this will succeed,” concluded Amin.

Open RAN looks like it will be a hot topic in North America this week, with Rakuten Symphony, NEC and others making announcements at the MWC Las Vegas show, which opened its doors today. And as TelecomTV revealed yesterday, Symphony is set to make something of a splash with the launch of its RAN intelligent controller (RIC) platform for Open RAN network operators.