Huge 12.6p bill shock on the way as a result of Ofcom’s outrageous spectrum fee ‘hike’ 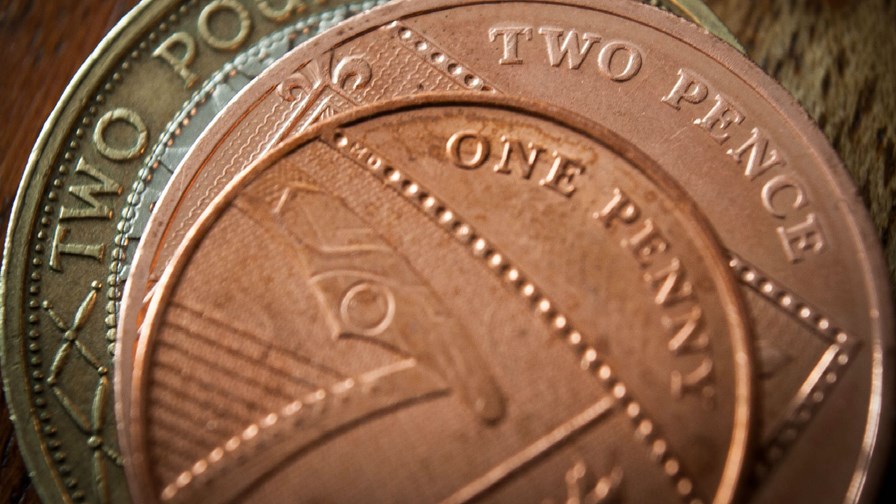 This week the UK regulator, Ofcom, published its revised annual fees for the spectrum currently occupied by the UK’s mobile operators.  These are the fees paid annually for the 900 MHz and 1800 MHz bands, and as far back as 2010 Ofcom was told by the government to push them up to something approaching market value on the reasonable basis that spectrum allocated for exclusive use should involve some compensation for the rest of us (via the public pot) and that the compensation should track some sensible calculation of the spectrum’s worth.

Basically, the government would like a bit more money for a tremendously valuable resource.

Ofcom mounted a consultation, as it must and, playing out the usual choreography of these processes, named a figure.  Of course there was an instant kerfuffle.

More fees! On top of the money that UK mobile operators already had to shell out for 3G and 4G licenses, plus the fact that the operators weren’t making as much money as they thought they should already!

Ofcom pulled back to reconsider and, still in step with the choreography, this week came up with a final figure that was way below the initial amount and presumably still way below any sensible market valuation.

In summary, the total annual amount payable by all four (at  least currently) UK operators used to be £64.4 million, was initially put up to £228.3 million and has now been reduced to the shopkeeper’s favourite,  £199.6 million.

Naturally the industry is pleased with that outcome.

No they’re not. Not a bit of it. The operators’ PR and spear-carrier machine went into overdrive forecasting dire consequences, wholesale rate rises, penury for both operators and users and general unrest all round.

Here’s an excerpt from the UK’s venerable Daily Telegraph newspaper.

“Operators unhappy as telecoms regulator unveils huge price hike for the use of Britain's airwaves” began the story. Nobody at the ‘Telegraph’ appears to have done a few basic sums on the numbers to work out that any actual impact, if rippled through to customers, would be minimal.  Getting ‘bill shock’ into the headline was obviously more important.

It wasn’t just newspapers. The bill shock meme continued in the TelecomTV inbox through yesterday as various interested parties and telco allies chimed in with their observations…  and their pitches for particular infrastructure solutions to the telcos’ supposed existential crisis. Names withheld to protect the guilty.

“This is a significant price hike, and while it isn’t really surprising given the limited amount of spectrum available, it will likely hit mobile operators hard,” offered one observer.

““There is no doubt that this increase in costs is going to have a huge impact of mobile operators.  Most have made significant 4G investments in recent years with rollouts and improvements continuing across the country. Carriers are already facing a difficult balancing act between implementing tools to manage increased data volumes, while keeping Annual Revenue Per User (ARPU) up and churn rates down,” opined another.

There were more along these lines.

Excuse me. ‘Huge impact’? Let's do a few rudimentary calculations. According to Ofcom at the end of 2013 there were 88.4 million phone subscriptions (some people have more than one device) in the UK. I’m sure you can already see where this is going.

The so-called ‘hike’ shared across all the operators totals 135.2 million (the new fees minus the old fees) and so the total average ‘extra’ that might just about be passed on to those 88.4 million subscribers is £1.52 per subscriber.  Or, as I prefer to style it (just to get the maximum headline impact), 12.6 p. (pennies) per month per subscriber.

So yes, the UK’s subscribers should certainly brace themselves for a huge bill shock.  And if they get one based on Ofcom’s oppressive rate rise, they should tear up their contracts.

The Ofcom rate rises are illustrated below:

*EE and H3G figures relate to holdings after EE’s divestment of 1800 MHz spectrum to H3G, to be completed in October 2015.