So you thought you knew what CNTT stood for… 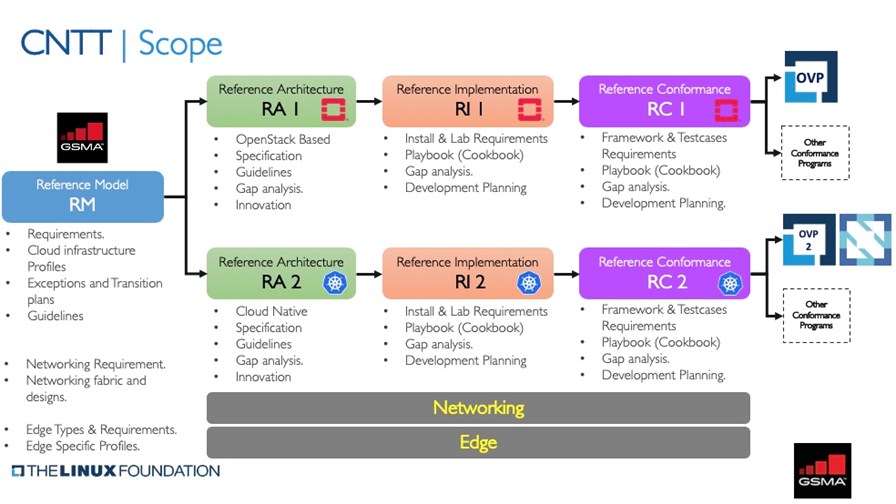 “What’s in a name?” wrote a certain William Shakespeare as he told the story of Romeo and Juliet. “Quite a lot,” is the answer we’d give, and we’re pretty sure we’d be backed up by the likes of Oozi Cats (former CEO of IoT module company Telit), whose moniker you wouldn't forget in a hurry.

So when we saw that CNTT, the industry initiative run jointly by the GSMA and LF Networking (and supported by OPNFV), had retained its initials but changed its name in late May from ‘Common NFVi Telco Taskforce’ to ‘Cloud iNfrastructure Telco Taskforce’, we wondered why, especially as the initiative was still in its relative infancy (about one year old).

So has anything changed other than the name?

LF Networking provided the following explanation: “We decided to change the name to better reflect what role the group plays in the open source community and more closely tie the name to our actual objectives.  We are focused on establishing reference models and architectures for infrastructure to support cloud-based applications, in whatever form they take. We wanted to keep the CNTT acronym because so many in the Open Source community are familiar with it.”

The timing of the name change came in the same month as the initiative’s release called Baldy, which includes its first container-based reference architecture (RA-2), a significant step into the cloud native realm. (See diagram above.)

Get the lowdown on Baldy and the latest CNTT developments in this blog.

And it looks like that focus on a reference architecture for cloud native functions was likely what spurred the shift to a name that reflected a broader approach to telco cloud architectures, rather than one more closely associated with the nomenclature of the original NFV efforts spawned by the work at ETSI.

It was clear also that even by last September/October, the greater excitement about the work of CNTT among those attending industry events such as the Open Networking Summit Europe gathering in Antwerp, where the first OpenStack-based reference architecture was unveiled, was around reference architecture 2 for Kubernetes-based cloud native deployments.

The good news is that we can all still refer to CNTT -- which currently boasts a host of active Tier 1 operator participants (AT&T, China Mobile, Orange, STC, Verizon, Vodafone, Telstra and more) -- and continue to track its developments, especially as it now has three workstreams – one on OpenStack, one on containers managed by Kubernetes, and one on telco edge architectures.

And the CNTT team was due to have taken part in the recent virtual PlugTest organized by ETSI: We look forward to hearing about what was learned from that exercise.